50 up for Tyas as we face Hartpury 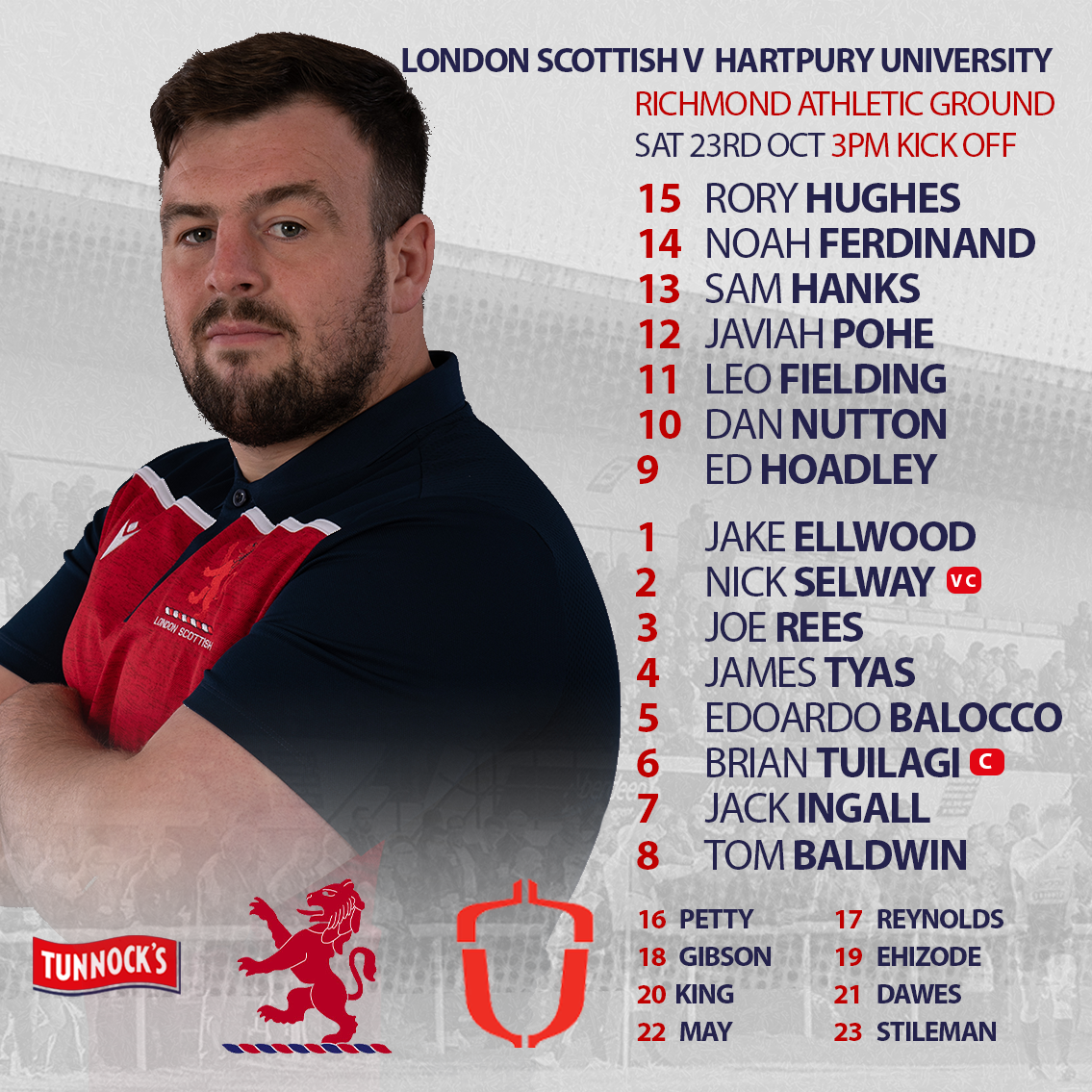 Matt Williams has named another strong for the visit of Hartpury University to the athletic ground.

After the reserve weekend, the squad is feeling refreshed and ready to return to action. There is the added complication of the Premiership ‘A league’ starting this week and so all the Championship teams are without any dual-registered players for this round.

For London Scottish this does mean some changes, however the coaching staff are excited to give opportunities for the players who will come in.

Up front, there is little change with the trio of Jake Ellwood, Nick Selway and Joe Rees who have been causing havoc at scrum time throughout this season.

In the engine room, James Tyas will be making his 50th appearance for the Club and will be partnered by Edoardo Balocco.

In the back row, Jack Ingall returns to openside with captain Brian Tuilagi shifting back to the blindside. Tom Baldwin continues at number 8.

After impressing against Richmond, Dan Nutton retains his starting spot at flyhalf and will solidify his strong halfback partnership with Ed Hoadley.

In the centres, Javiah Pohe continues at inside centre while Sam Hanks comes in at outside centre.

David Halaifonua is unavailable which allows Noah Ferdinand to come onto the wing. Rory Hughes continues at fullback with Leo Fielding on the other side.

Among the finishers, Alex Gibson and Ehize Ehizode will both be revelling in the opportunity to face their former club.

There will be several debutants among the finishers should they make it onto the field. Tom Petty is in line to make his first appearance for the club having been impressing while on loan with National Two side Old Albanian RFC this year. After playing so well against Ebbw Vale in preseason, it emerged Morgan Dawes broke his jaw during the game and could also make his debut.

Finally, new signing Tom Stileman is included in the matchday squad for the first time. The winger has previously played at Ampthill and also scored for Oxford in the Varsity match.

If you haven’t yet got tickets for this mouth-watering fixture, click here.