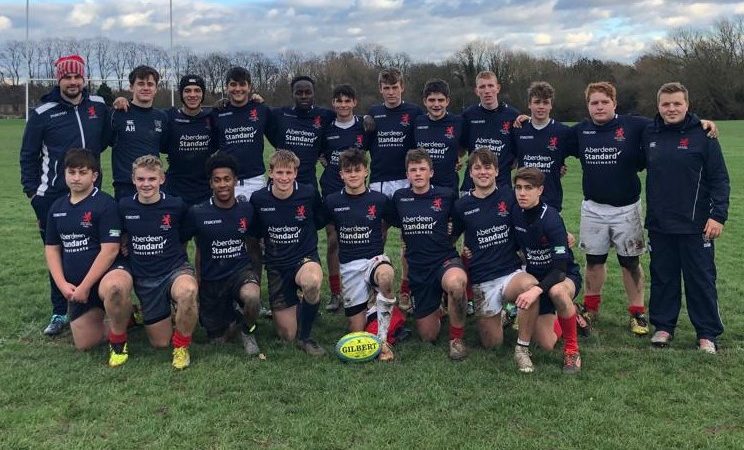 Thanks to sponsorship from Friends of Scottish Rugby we provide an academy like setup for our Colts with professional coaching provided by:

Training for pre-season and during the season is each Wednesday from 6:30 – 7:45, with matches on Sundays.

We follow the RFU guidance on the return to playing competitive matches, and are ready to go with a variety of matches lined up through the season to keep it interesting and make sure the guys get challenged, these include

Whilst with us, many players also take part in the Scottish regional Development programme, play County rugby for Middlesex, Surrey, or are linked to premier club academies. So it’s an interesting and challenging environment for players in which they thrive and enjoy their rugby.

Post Age group rugby we have a number of options available to players which include:

Professional rugby – over the last two years those that followed this route have needed time to develop after Colts rugby and have joined the club’s Professional Entry Programme (PEP) which allows them to develop with other clubs, until they are ready to make the step up. You’ll see on the clubs website that Matas Jurevicius and Miles Wakeling are ex two Colts players who have followed that route and played for the club.

Senior amateur rugby – a number of former players now play with the London Scottish Lions teams who play competitive rugby in the league structures below our 1st XV. Many of our players who go away to university come back to play for the Lions on holidays or after leaving university.

We’d be happy to introduce you to the squad.