Ampthill prove too strong for Exiles 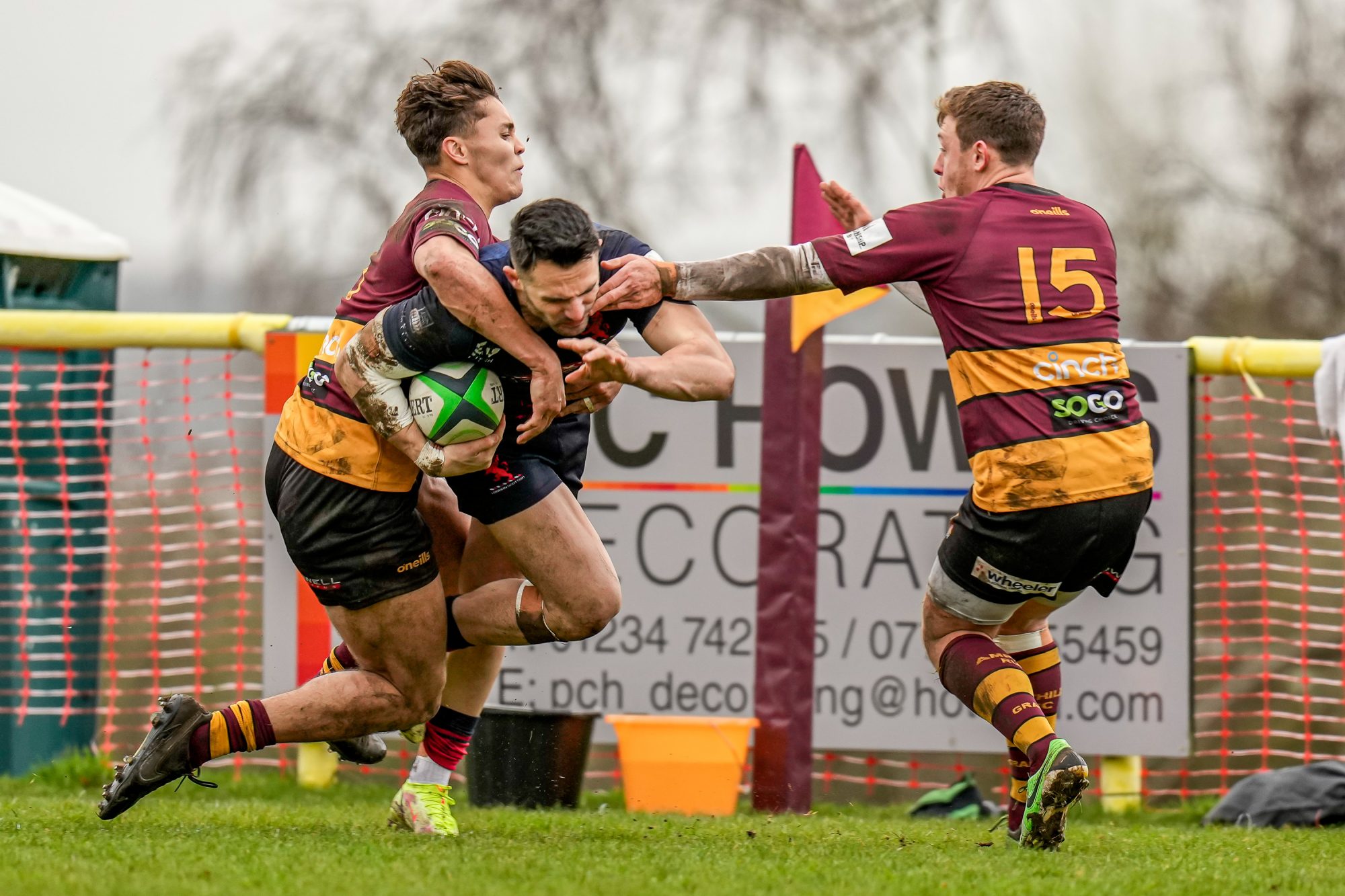 London Scottish were unable to get the new year off to a winning start after going down 36-17 in a tricky away fixture at Ampthill.

The game was shadowed by covid disruptions, with both sides missing players due to positive tests. This caused such an impact on the Scottish squad that after they lost captain Nick Selway, Head Coach Dan George had to lace his boots up and take a place among the finishers to ensure the game was able to go ahead.

Despite the result, the Exiles actually started the stronger, forcing the hosts into early mistakes and slowly edging down the pitch. On the eighth minute, David Halaifonua crashed over on his return to Dillingham Park, after being at Ampthill on loan last year. The score came after a dominant scrum and then repeated pick and goes. After remaining patient, the Tongan finally dotted down before Harry Sheppard was then unlucky to see his conversion sail wide.

After the good start, the game became quite scrappy, with both sides making errors. Ampthill had most of the possession, but the Exiles defence was holding firm. A quarter of the way through the match, Sam Baker was judged to have deliberately knocked on and was sent to the bin.

Using their man advantage, Ampthill then had a scrum 5m out from the Scottish line and number 8 Paddy Ryan was able to score down the blindside.

Once the Exiles returned to a full compliment, there were some bright moments, with Javiah Pohe causing havoc in the midfield and the forwards excelling at the set piece and breakdown. Despite these, Scottish were unable to convert these into points.

Then, on the stroke of halftime, Ampthill were attacking once more before Tom Hudson’s well weighted grubber allowed Josh Sharp to dot down in the corner. Half time score Ampthill 12-5 London Scottish

After the break, the hosts came out of the blocks quickest and scored two tries and a penalty inside the first 15 minutes. To make matters worse, replacement Jimmy Roots was sin binned for repeated scrum infringements and with starter Joe Rees injured, the uncontested scrums meant the Exiles were forced to go down to 13 men.

Despite being down 2 players, Scottish fought hard to keep Ampthill out during this period. They almost managed it, but Sam Crean scored for the hosts just as the two Scottish players were preparing to return to the action.

With less than 10 minutes to go and the game already gone, Scottish almost achieved the impossible in managing to score 3 tries to claim the losing bonus point.

With six minutes to go, Tom Georgiou scored in the corner after great work from the forwards in the midfield to create the overlap. This was the teenager’s his second try in as many games.

Then just four minutes later, Scottish crashed over again after remaining patient while picking and going on the Ampthill line.

In what was the last play of the game, the Exiles went 90m to almost claim their unlikely bonus point, but the final pass didn’t go to hand and the team left with nothing.

After the full time whistle, Matt Williams said “We lost the game in the first half: ill discipline, the penalty count which released Ampthill of the pressure we will building and not playing the conditions correctly. We have to credit Ampthill, they only entered our 22 twice and scored twice in that first half, but we had 40 minutes that we didn’t capitalise on.

“It’s been a crazy Christmas period, we’ve had covid scares every week and we’re one of few sides that have managed to play every week. It’s been a real fight to get 23 boys on the pitch each week but I’m proud that we’ve managed to even if the results didn’t go our way.

“We now have a much needed week off, before we then prepare for the RAG derby.” To buy tickets for the game against Richmond at the RAG on 15th January, click here.