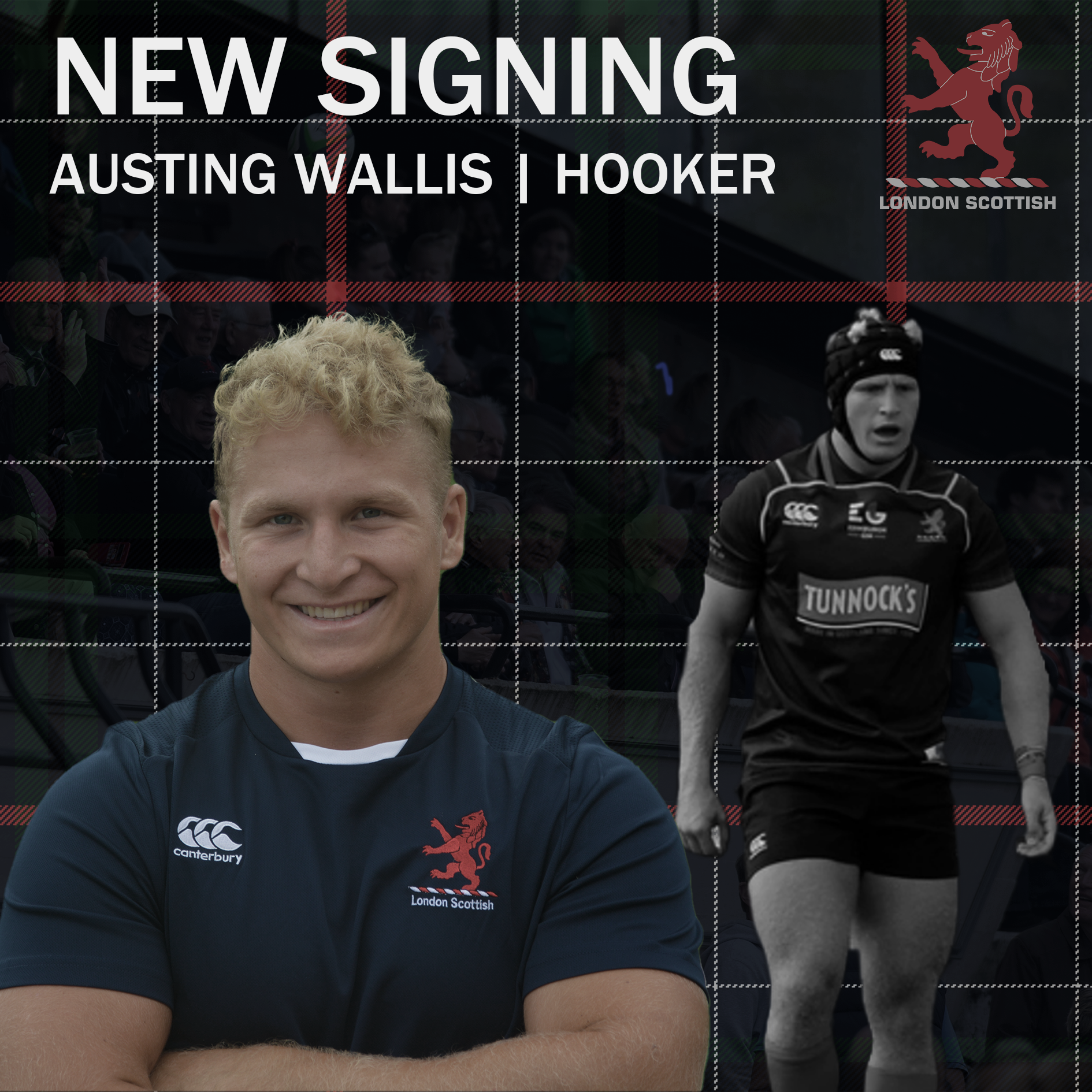 London Scottish are delighted to formally announce that Austin Wallis will join the Club for the 2022/23 season. The hooker graduated from Loughborough University this summer and joins the Club following his studies.

Austin made is pre season debut against Harlequins this weekend just gone, impressing teammates, coaches and fans alike with his carrying ability. The performance saw him round off his first appearance for the Exiles with a try against the Premiership side.

Originally playing his rugby in the back row Austin recently made the transition to hooker and is looking forward to working with Premiership legend, Joe Gray to develop his skills.

Speaking about signing for the Club Austin said “I’m delighted to sign for such a historic Club. I’m excited to develop my game in the Championship within such a great setup with great coaches.”

Director of Rugby, Bryan Redpath, commented; “making sure we have a strong pack has been a big focus in the off season. Austin brings that physicality and solidity we will need and I look forward to see him thrive under our coaching set up.”