Bedford Run Away in Second Half Onslaught 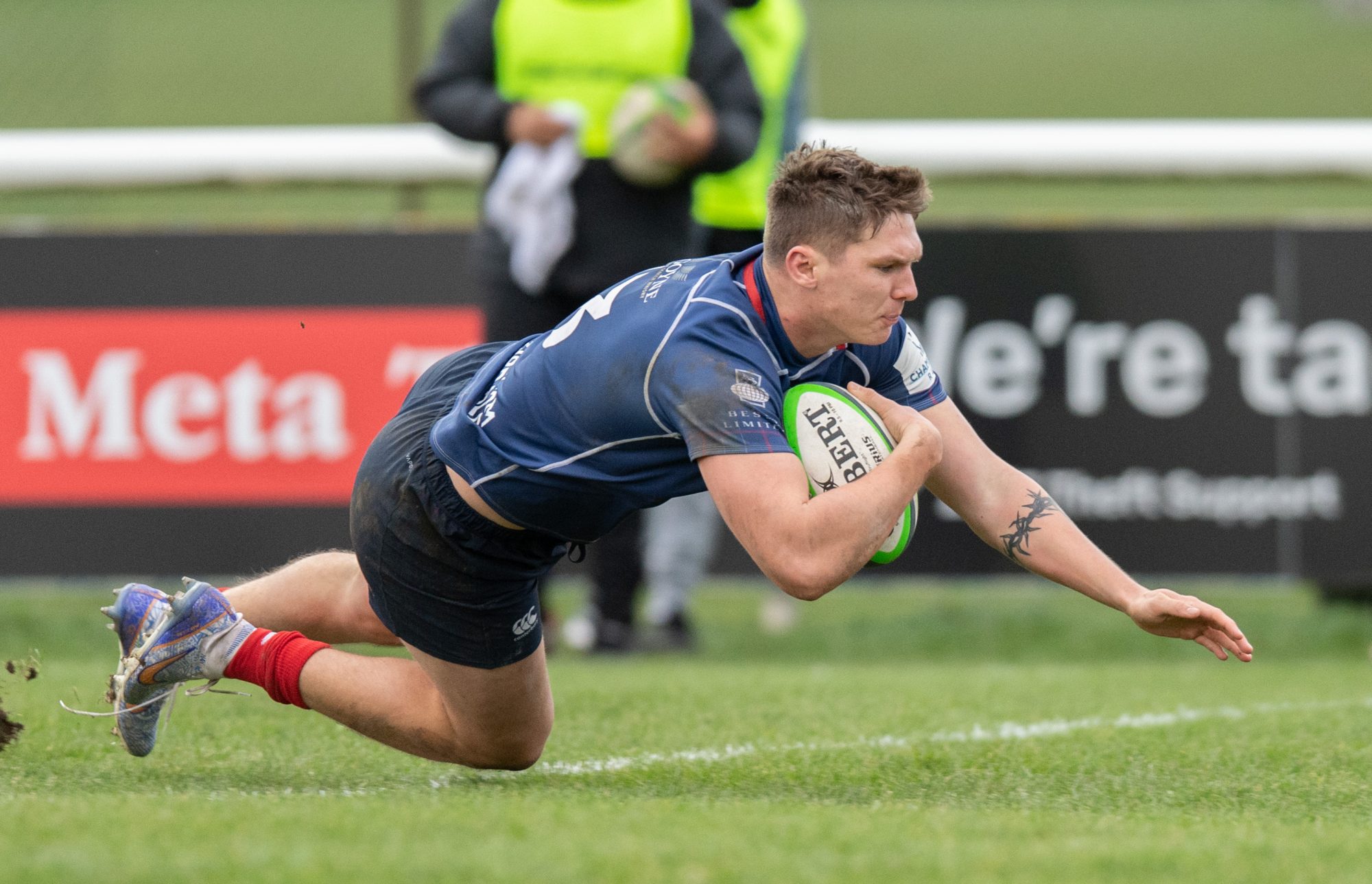 This afternoon’s match started strong from London Scottish’s side – they won their first line out, which gave the team a surge of momentum. However, the energy from Bedford Blues was keen to match the Exiles’, as they fought to secure the first try of the game.

Bedford Blues managed to kick the ball past the London Scottish defence, chasing the ball down, but were unable to finish off the try in the opening exchanges. The strong defence from London Scottish was rewarded with the first try of the game from Hayden Hyde, who got the ball over the line at in the twelfth minute after a brilliant solo break.

Nathan Chamberlain successfully converted to give his side an early lead. However, Bedford would hit back with sustained period of pressure which would result first in a penalty slotted by Will Maisey then a try from lock Tom Lockett.

However, the Exiles fought to maintain control of the game, successfully taking a penalty kick at  on the half hour mark bring the scores level and then taking the lead with another kick from Chamberlain shortly after.

However, just before the break the home side were dealt a hammer blow as Will Maisey picked off a Cameron Anderson pass to race in under the posts. This left the score at 13-17 at the break.

Bedford Blues came back into the second half with a vengeance, scoring a try through Jack Hughes just minutes after the break.

Bedford would continue to control the rest of the half utilising their superior kicking game to pin London Scottish back. This pressure would see them run in a further 4 tries as London Scottish faded away to a 21-point defeat.

The pick of these game from replacement winger Tom Litchfield who would find himself on the end of a series of offloads inside the London Scottish 22. Great accuracy in ingenuity got them over the line for what was an emphatic win.

Joe Gray said after the game the game management was the difference between the two sides. “Bedford controlled that second half really well and kept us under pressure, ultimately we just weren’t able to get out of our half and impose ourselves into the game.”