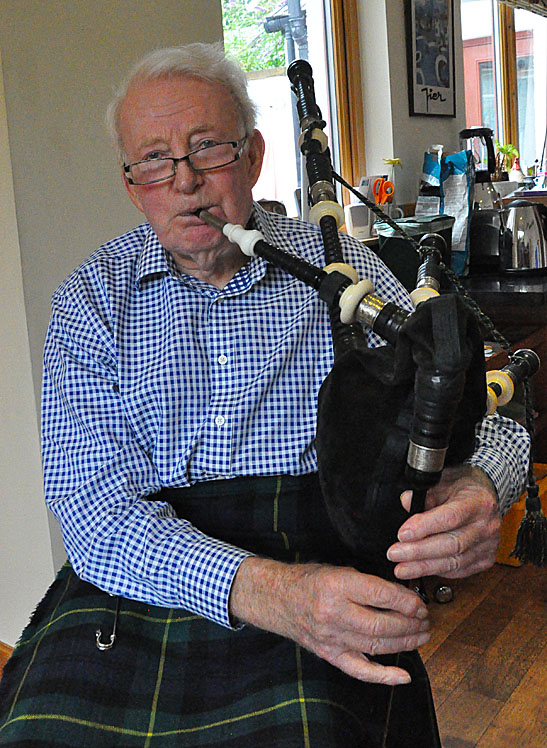 We are very sad to announce the death of Bruce Thomson who played a prominent part in the life of the club over many years.

Bruce came to London Scottish from Oxford University having obtained blues in both rugby and boxing. He won three caps as a prop for Scotland in 1953. He was vice captain of Scottish in 1954 during Bill MacPherson’s captaincy.

Bruce practised as a GP in Horsham for years before retiring to Crieff .

He was from an early age a skilful and successful bagpiper who wrote some 450 pieces for the pipes and played for the Queen. He acted as club piper for several years after his rugby playing career ended.

He died at Crieff on the 13th of January.