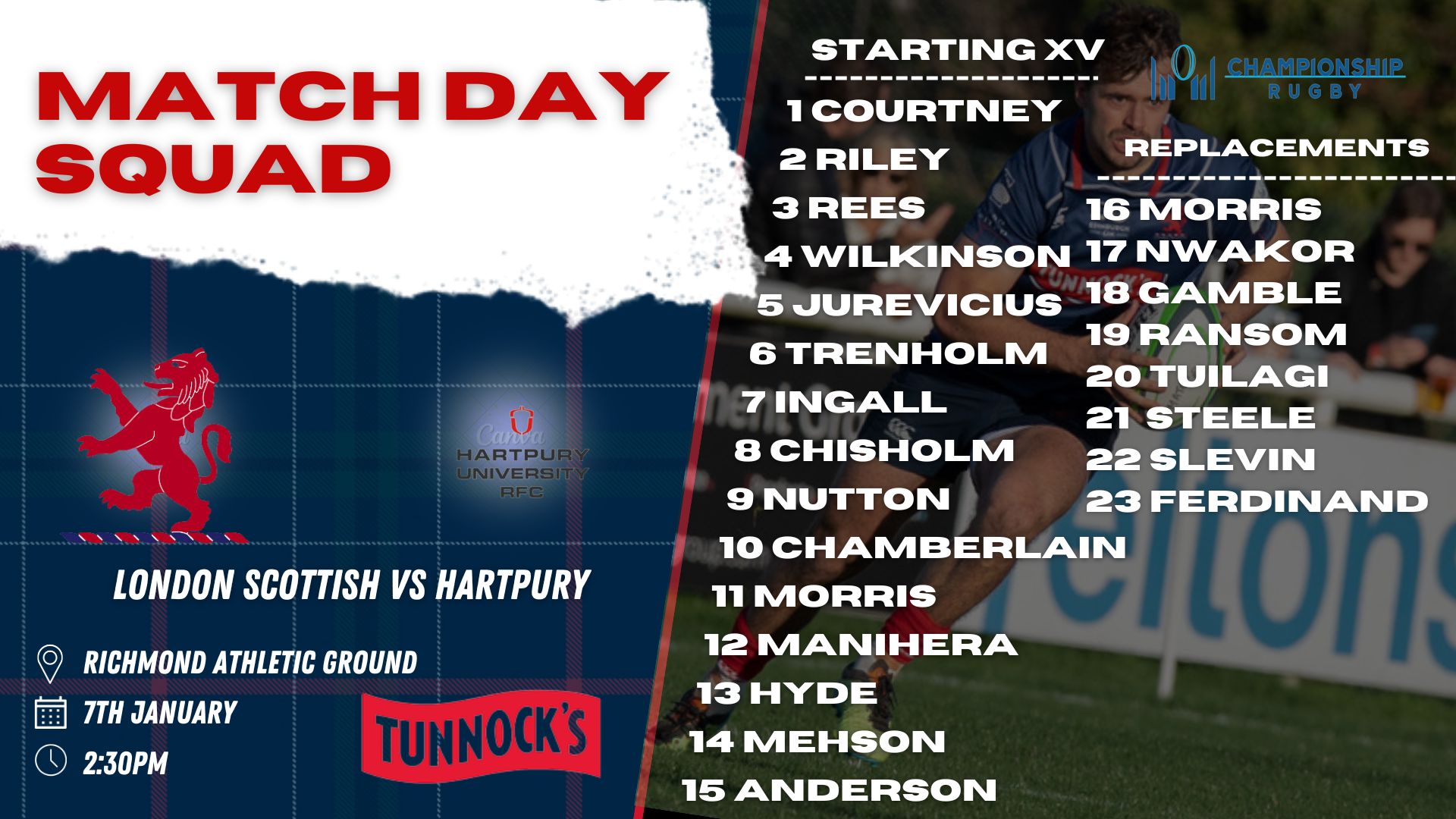 Bryan Redpath has named his matchday 23 to face Hartpury on 7th Janaury at the RAG. Making seven changes to the starting fifteen, Redpath has switched things up to add a freshness to the side which failed to defeat Richmond as week ago.

Scottish international Scott Steele makes his London Scottish debut from the bench as he makes his return from long term injury. James Chisholm will also make his 10th appearance for the Club as he returns from an injury himself.

Aaron Morris will look to continue his run in the side after an impressive first outing last week. Whilst Club captain Joe Rees makes his first start since an injury sustained against Cornish Pirates in October.

London Scottish will take to the field at 2:30pm and tickets for this crucial clash can be purchased here.