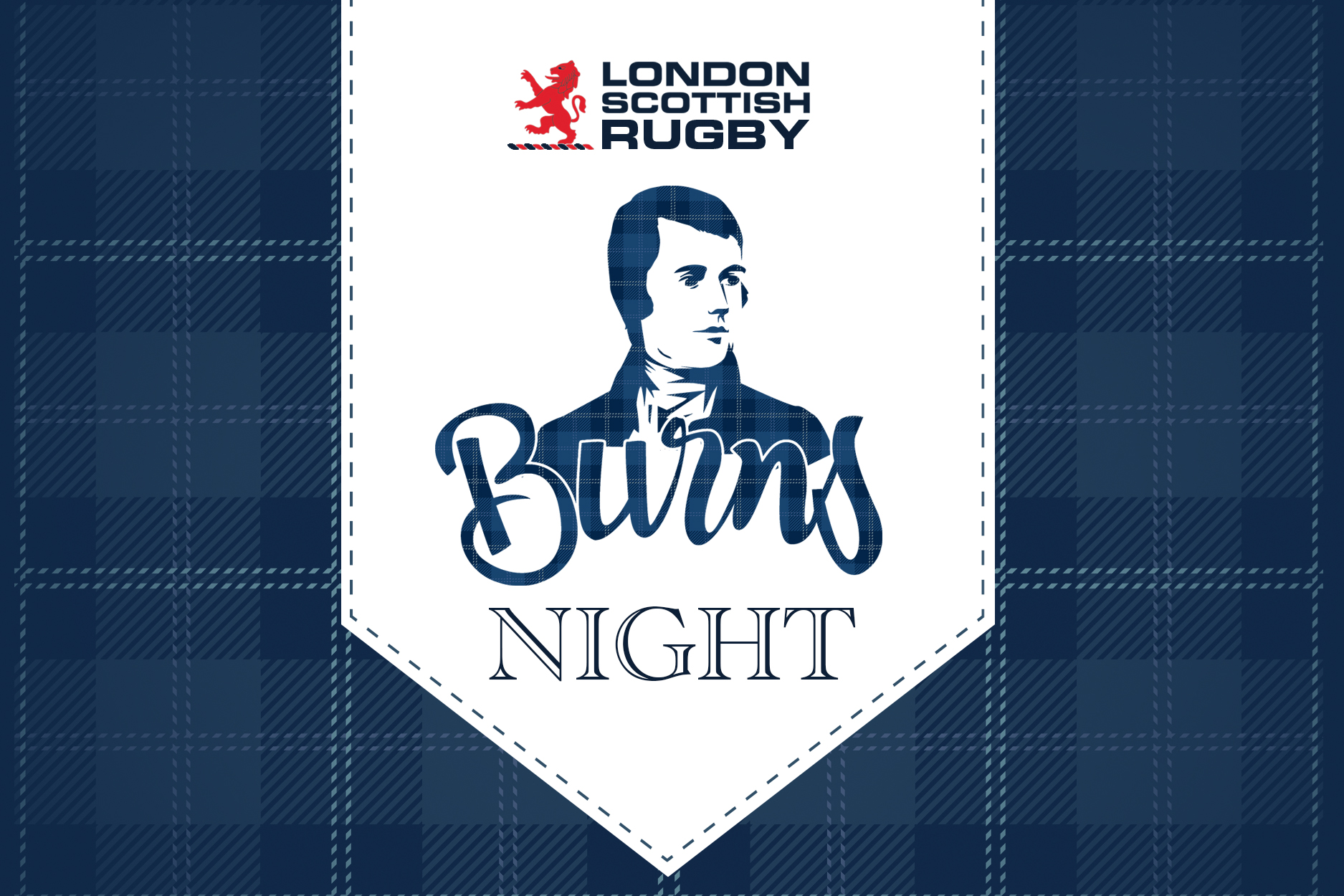 We are delighted to announce this season’s Burns Supper will take place on 28th January 2023 after the visit of Ampthill to the RAG.

Tickets and finer details will be released in due course, but get this date in the diary for what promises to be a wonderful evening.

The first Burns Supper was held by nine of Robert Burns’ close friends in 1801 as they came together to celebrate the life and works of Scotland’s national bard who died at the age of 37 in 1796. He achieved a lot in those short years of life composing hundreds of songs, poems and letters with most of this remarkably varied work entirely of his own inspiration.

Robert Burns wrote for himself, his friends and his countrymen with his work now celebrated around the world as it travels with adventuring Scots. Now, 216 years after its inauguration, it is estimated that more than 12 million people annually attend Burns Suppers which shows the scale of the appreciation for Robert Burns.

Of course, a Burns Supper is a lot more than a reading and discussion of his works – it’s a great party and has long been a part of the London Scottish tradition. The night includes a delicious three course meal, half a bottle of wine, guest speakers and entry into a raffle with some outstanding prizes and auction.