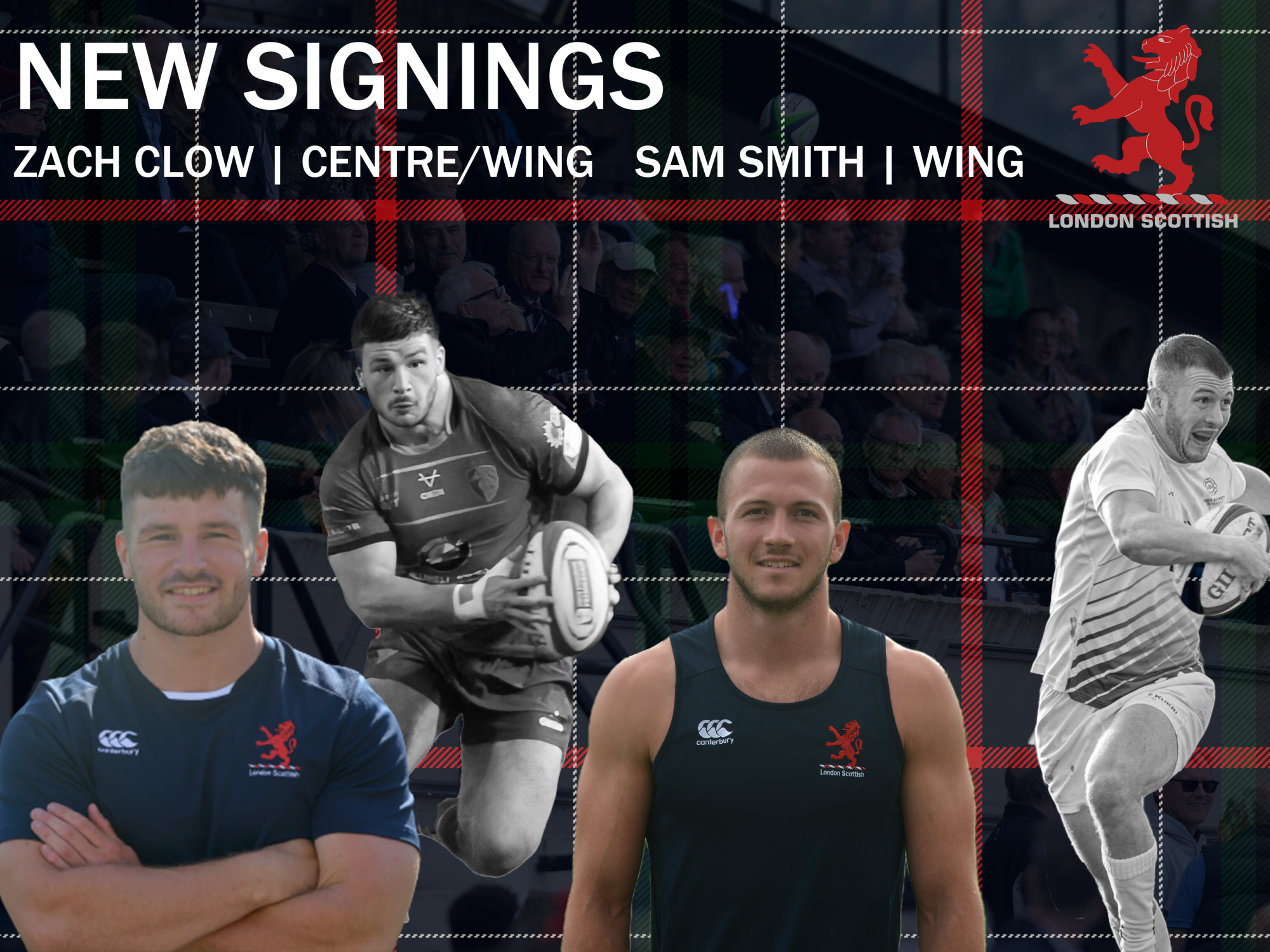 London Scottish is delighted to announce the signings of Zach Clow and Sam Smith for the 2022/23 Season.

Zach Clow is a versatile hard-running back who can play in the centres and on the wing. Clow joins London Scottish from RGC where he impressed after graduating from Cardiff Met University. Clow looks to emulate other Cardiff Met alum such as Alex Dombrandt in a successful rugby career in the English leagues.

Upon signing for Scottish Zach said, “I’m really excited to have signed for London Scottish, a side that plays an exciting brand of rugby that suits me as a player and there’s definitely something special building here as well as the promising link with Harlequins. I’m really looking forward to working with Joe, Bryan and Gerard, and developing as player, but also seeing how far we can go with such a good group of lads!”

Smith joins London Scottish after a stand out time a Leeds Beckett University, lighting up BUCS Super Rugby. Bringing supreme pace on the wing, expect to see fireworks from Sam this season at the RAG.

Sam expressed his excitement for joining “As a local boy I’ve always respected the club for the quality of rugby as well as being such a historic club for the area. I feel very grateful to be involved where my rugby career began, with my first ever session as a child being at London Scottish.

I’m really excited to test myself at a new level of rugby and help the boys finish off some nice tries.”

Commenting on these new signings Director of Rugby Bryan Redpath said, “Zach had made an immediate impression at London Scottish since arrive. He is a versatile player who can play across the backline which makes him an ideal addition to the squad as we build into a big season.”

“Sam brings pace, power and explosivity to what is already an exciting backline. I’m looking forward to seeing how he progresses this season under the tutelage of all our coaches.”