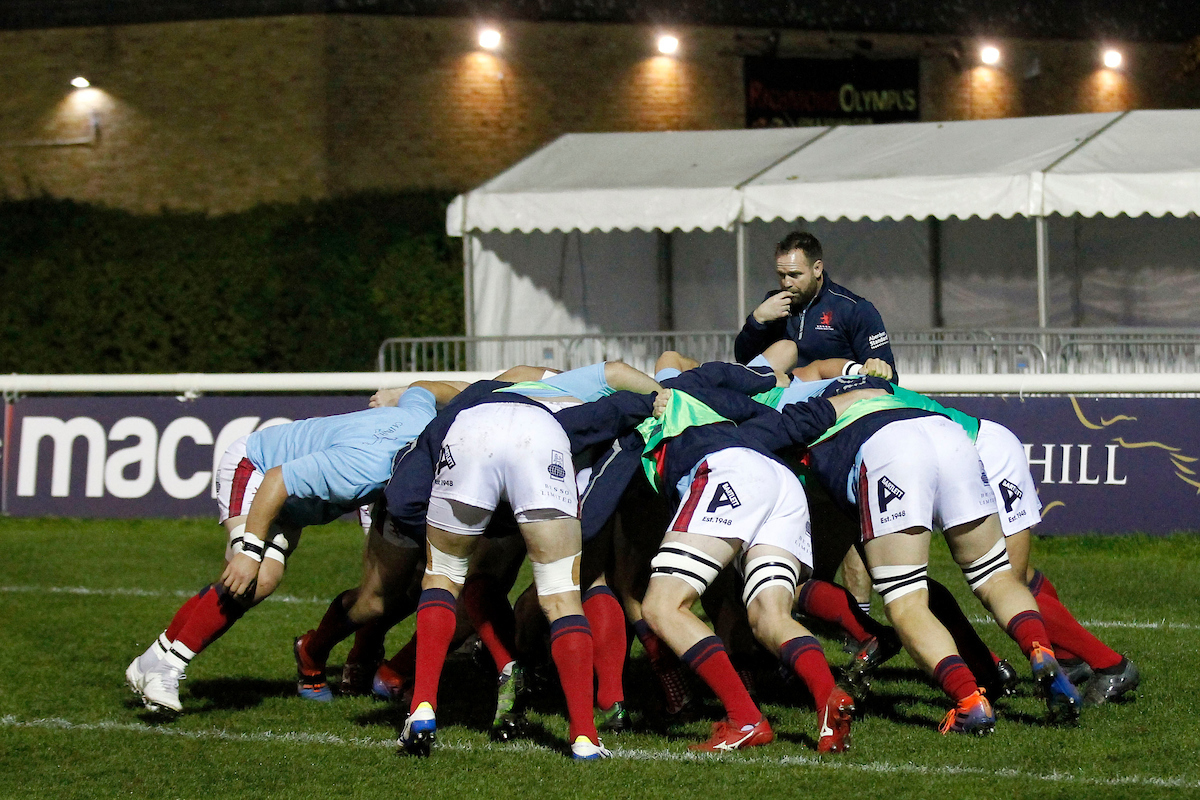 We hope you all had a lovely Christmas! London Scottish look forward to welcoming Bedford Blues to the Athletic Ground for our first match at home in 2020 under the Friday night lights – kick off 7:45pm.

After a two-week break, the Scots return home to take on Mike Rayer’s side in Round 8 of the Greene King IPA Championship.

Having secured a hard-fought win away to Jersey Reds at the end of last year, the Exiles who currently sit sixth in the table, will be looking to start the new decade on winning ways by hunting down the teams in front of them.

The Blues currently sit five places below us in 11th place having only secured one win against Yorkshire Carnegie at the start of the season.

Last season’s encounters between the two included a narrow win for the Exiles away from home 23-26 and then a defeat at home 17-36 at the start of last year.

Friday sees the return of Curry Night where, for £20, you’ll be served a one course meal with all the extras, poppadums, nan bread and mango chutney – with your preferred allocations of beer or wine. To book click HERE! If you’ve booked hospitality, please arrive at the RAA’s Members’ Bar by 18:30.

For members there is also a ‘two for one’ offer on tickets which are selling fast so don’t miss out! Click HERE to purchase!

Next week we face Coventry away, before returning to the RAG to take on local rivals Ealing Trailfinders. Tickets and hospitality are selling fast for this match, so make sure you book early!

To keep warm on Friday, head to the shop and purchase one of our hoodies, gilets and / or bobble hats that will keep out the cold night air. The shop will be open from 18:30 until 19:45 alternatively, head to our online store to view the wider catalogue.

Before Christmas it was announced that we would be playing Newcastle Falcons in the Championship Quarter final at Kingston Park. We can now confirm the date of the match is Saturday 22nd February and kick off will be at 3pm.

At the end of last week, we announced the sad news of the passing of one of our own, Mark Whitehead. A minute’s applause will take place at Friday’s match in his remembrance. A service will be held at St. Marys Episcopal Church Dunblane on Monday 20th January at 10:30am, followed by the burial at Dunblane Cemetery. The family have requested donations in lieu would be gratefully received to the My Name’5 Doddie Foundation. A donation box will be available at the service.

Following the service, refreshments will be provided at Stirling County Rugby Football Club where friends are invited to contribute to a Book of Remembrance for Mark.

We would also like to send our best wishes to the family of Rob Alexander who played for the club in the early 90’s through to 2000. The former centre was unfortunately involved in a car crash at the end of last year. Rob was in an induced coma for two weeks and has just been moved to a high dependency unit. We wish him a speedy recovery.

We look forward to seeing you all on Friday!