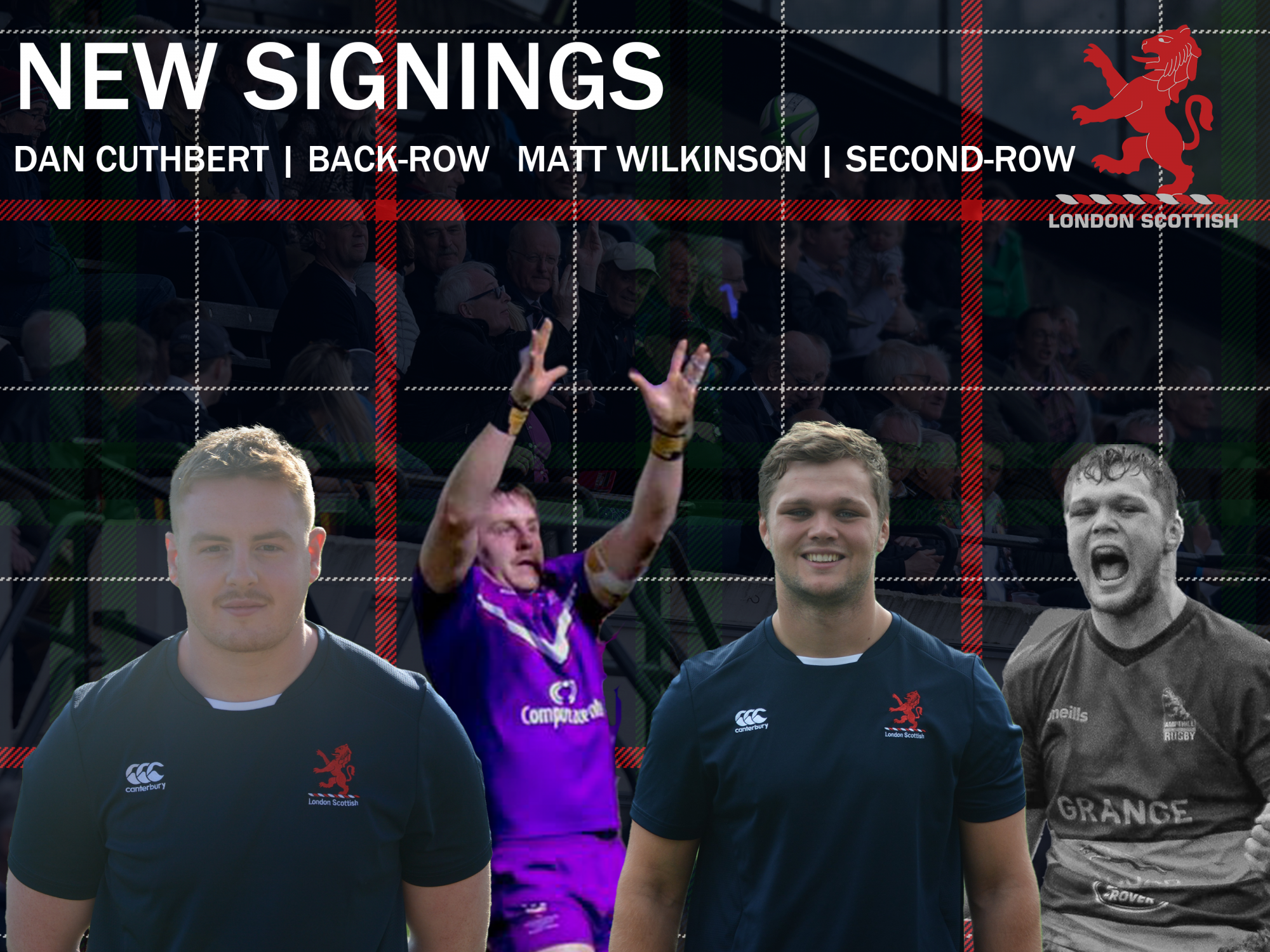 Dan joins London Scottish from Loughborough University where he starred in their most recent BUCS Super Rugby campaign. Despite a COVID-interrupted time at University, Dan has developed into a robust back-row forward who hopes to make a real impact on the Championship this season.

Speaking after signing for the Club Dan has said, ‘I am really excited to sign for such a prestigious club with a rich history. The new coaching staff and training facilities have been outstanding so far, I am looking forward to having a competitive first season in the Championship.’

Matt Wilkinson brings Championship experience to the Exiles after an impressive season for Amptill in 2021/22. Able to play in both the second and the back-row Matt’s versatility will come in handy across a long season.

Matt has expressed his excitement to sign for London Scottish when he said, “it’s great to be given the opportunity to join London Scottish at such an exciting time for the Club. The coaching set up and partnership with Quins were big draws. The lads have been class and really allowed me to settle into the environment. I am looking forward to getting stuck into the season and I can’t wait to get started against Quins on the 27th August.”

London Scottish Director of Rugby Bryan Redpath is delighted to welcome both Cuthbert and Wilkinson to the squad. On these two signings he noted “Dan makes the step up to senior rugby this year and we are all excited to see how progresses in this environment. He has the ability and tools to be a very successful player at this level, myself and the coaching setup are excited to help him fulfil his potential.”

He went onto say “Matt has made the move down to London Scottish to be a part of his project and we hope we can repay the faith he has put in the Club with some strong performances this season that he will be a central part of.”