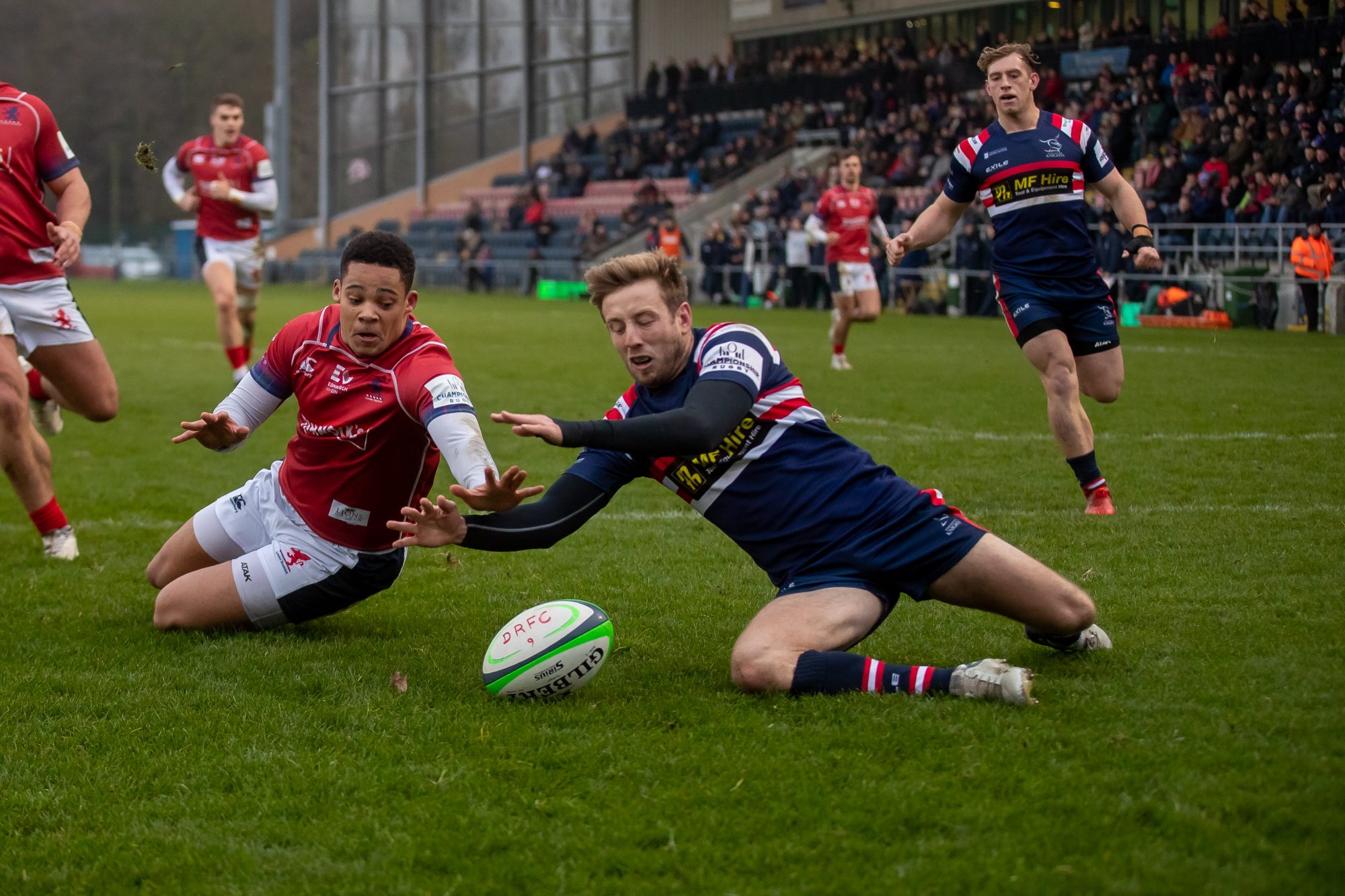 It was a day that would end in disappointment for London Scottish but a valiant and proud display from the Exiles would see them fall to a one point defeat to Doncaster Knights. London Scottish were looking to back up a victory against Caldy the week before whilst Doncaster were trying to avenge a heavy defeat away to Coventry.

Doncaster would start the stronger of the two sides and extract a number of penalties from London Scottish in the opening quarter. This would eventually result in the yellow card for Matas Jurevicius. However, wave after wave of Doncaster attack would be repelled by the wall of London Scottish defence which was sublime throughout the eighty minutes.

Having soaked up an enormous amount of pressure in the opening minutes, London Scottish would strike an important counter blow just before the break. After working the field position in the corner Bryan Redpath’s men would go for the driving maul.

A herculean effort from inside the 22 would see the forward back carry hooker Harri Morris over the line for the first score of the game. Harry Sheppard would then slot the extras from the touchline with a pin point kick.

After the break, London Scottish would land another big blow just after the players returned to the pitch. Off turnover ball, Luke Mehson managed to make a half break and then chipped ahead. Great tenacity from Bryn Bradley saw him get to the loose ball first and extend the lead. Once more Sheppard would add the conversion to take the score to 0-14.

However, Doncaster would not lay down and begun to turn the tide against the away side. First an intercept of a promising London Scottish attack would go awry to and see the home side have a way back into the game thanks to some excellent play off the cuff.

London Scottish’s ill discipline would prove their downfall in the final quarter of the game. A tackle in the air from Will Hobson saw the tighthead prop receive a yellow card. A further yellow would come Maurice Nwakor’s way. Down the 13 men Doncaster sensed their moment to pounce and made it pay with two quick tries to take the lead with just three minutes on the clock.

London Scottish would have one final chance to win the game in the Doncaster 22, however, a moment of inaccuracy would allow the home side to clear to touch and win the game.

A valiant and powerful performance that continued to restore pride in the jersey and the badge but ultimately a disappointing day on the road. London Scottish now face Hartpury and Richmond before the new year in crucial games against sides in the bottom half of the table.