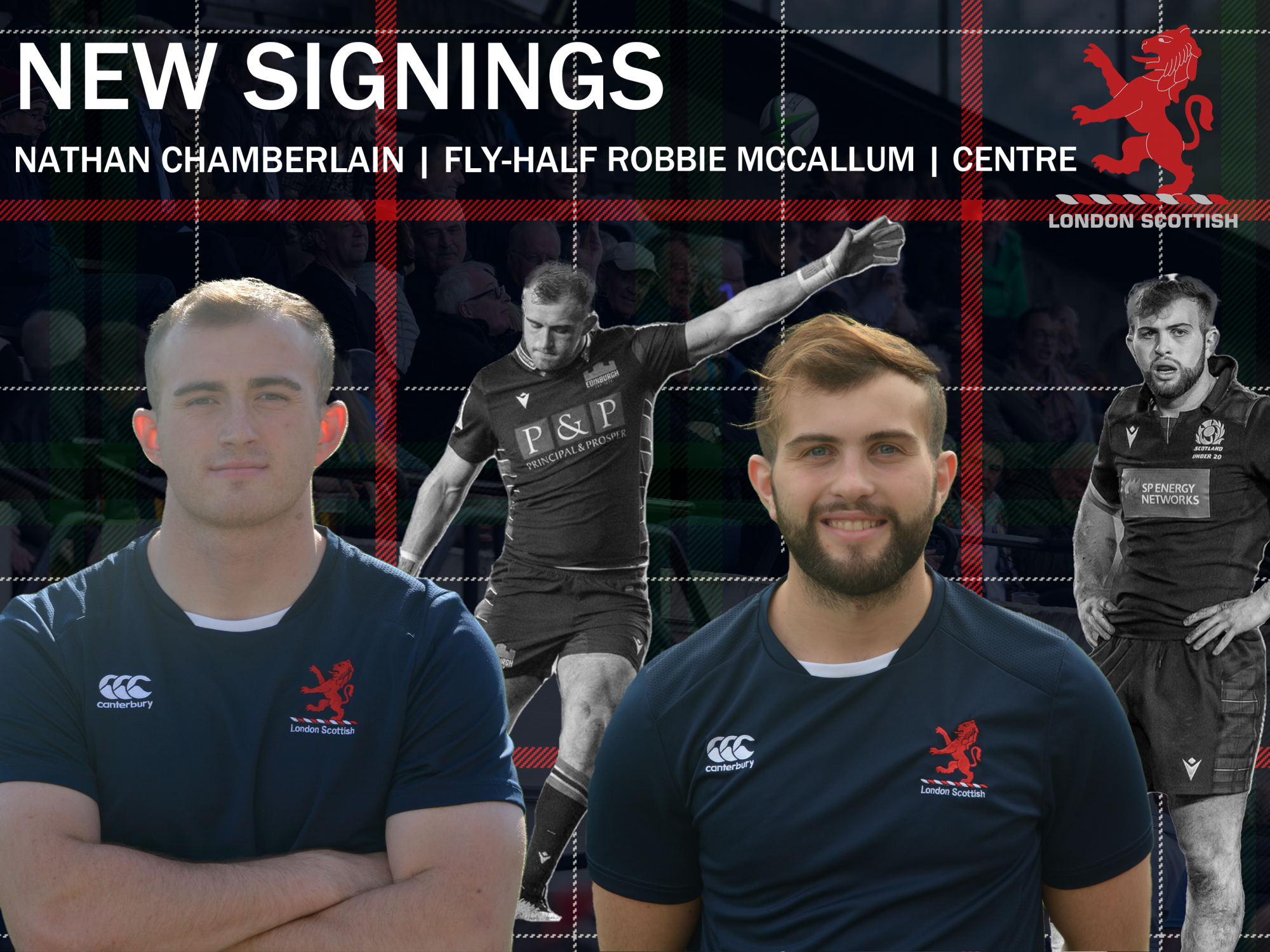 London Scottish welcome Scottish duo Nathan Chamberlain and Robbie McCallum to the Club for the 2022/23 season.

Ensuring that the Exiles spirit and DNA continues to live strong these two Scots will form a major part of London Scottish’s Championship campaign this year. Both Chamberlain and McCallum play their rugby in the backs, at fly-half and centre respectively.

Chamberlain came through the Bristol Bears academy but has also represented Hartpury University in BUCS Super Rugby and in the Championship so brings a wealth of experience to the Exiles. He then went onto join Edinburgh Rugby after a standout 2020 U20 Six Nations campaign where he started all 5 matches, scoring 63 points, including a 32 point Man of the Match performance against Wales.

Commenting on signing for London Scottish, Chamberlain said “the chance to play championship rugby is a great opportunity for me. Joining London Scottish when there are so many positive changes happening; the partnership with Harlequins, new coaching team and to be part of the club’s ambitions for the coming season is really exciting. Looking forward to what we can achieve this season.”

McCallum came through in Scotland at Glasgow Warriors Academy joining for the 2018/19 season. He has also represented Scotland at age grade level. He stood out for Scotland at U20 level where he started all but one game in the 2019 Six Nations before competing at the U20 World Cup in Argentina later that year.

On his signing McCallum noted that he was “delighted to sign for such a historic club at such an exciting time. Working with Bryan, Joe and Gerard as well as the rest of the boys is a great opportunity to grow. I’m looking forward to a successful season at the RAG.”

Director of Rugby, Bryan Redpath is delighted to welcome these two Scots to the RAG this year noting the importance of having a Scottish core to the Club’s DNA. He has said “Nathan has trained really well since joining the Club and has turned quite a few heads in his first few weeks here. We’re excited for him to show his stuff in front of the RAG this season.”

On McCallum, Redpath also said “Robbie brings a wealth of experience in the professional game coming from Glasgow Warriors. That experience and professionalism will be an invaluable influence on the Club this year and we can’t wait to see him in action.”