Exiles bow out of Cup with defeat to Jersey 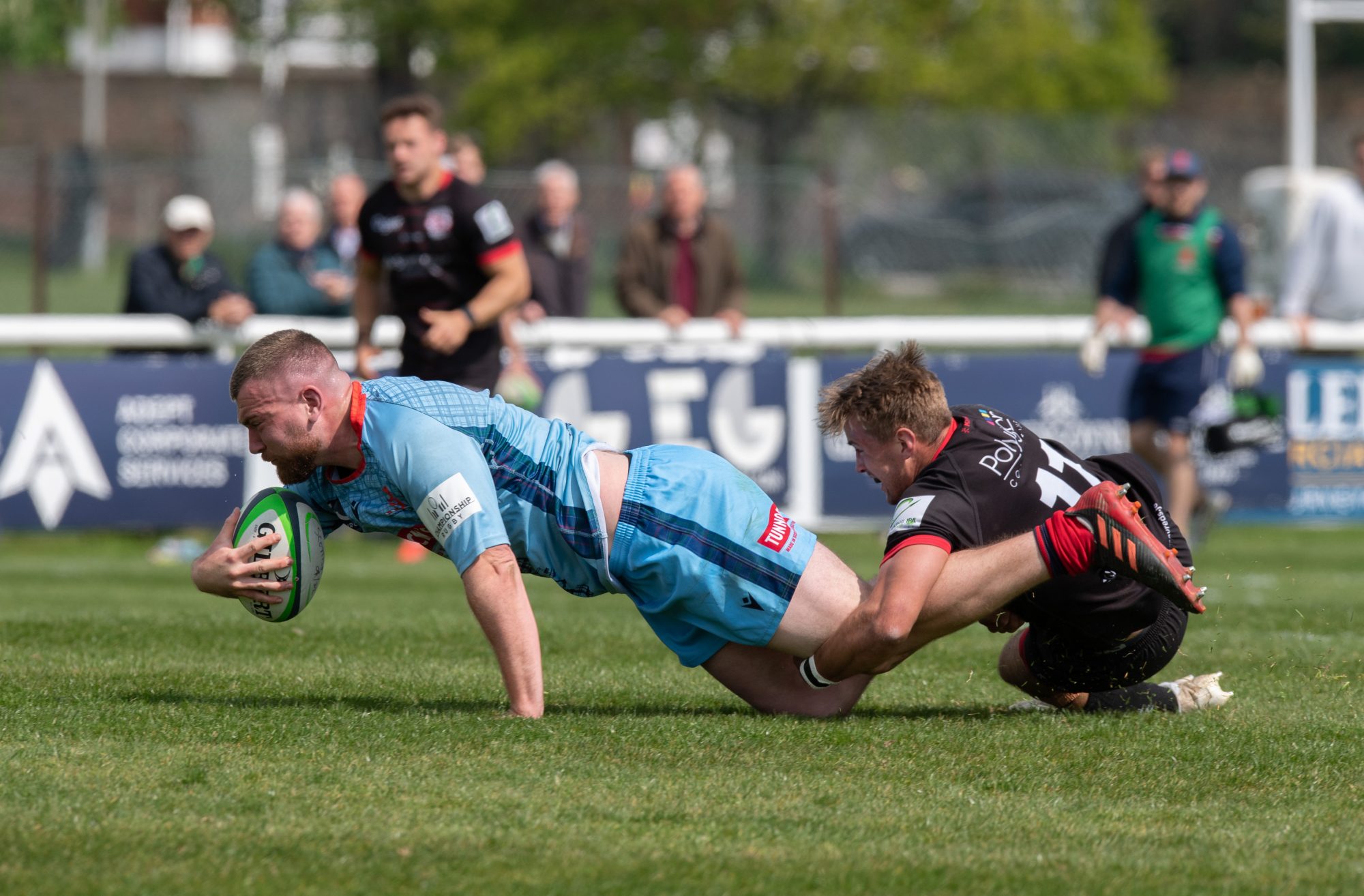 The Exiles were unable to overcome another strong Jersey side as the Reds progress through to face Hartpury after winning 7-54 at the RAG today.

A fast start from the visitors saw Scott Van Breda burst through a gap before offloading to Guy Thompson allowing the number 8 to crash over and Brendan Cope claims the extras. To add insult to injury, Viliami Taulani was sent to the bin for an adjudged late hit in the build-up.

The visitors then looked to attack again, consistently trying to crash over the Scottish 22m line. The defence stood firm, before loosehead Jordan Els made a superb read and intercepted. He was pulled down just before halfway and after quickly recycling, Dan Nutton noticed the space and claimed a 50/22. Despite a good attack from it, the Exiles were unable to score but they had managed the sin bin well as Taulani returned without concession.

For the next 20 minutes or so, the scoreboard remained unchanged, with the hosts fronting up and refusing to let the visitors crash over. A sublime offload from Taulani put George Head through a gap and the hooker broke into the 22. It was recycled wide, but the grubber for Noah Ferdinand just evaded him and Jersey were able to clear again. Despite them failing to score it was encouraging to see the Exiles making so many inroads early on in the encounter.

On the half hour mark Jersey did make their dominance pay as their rolling maul delivered and Sean O’Connor dotted down in what was the last score before half time, London Scottish 0-21 Jersey Reds.

Jersey started the first half just how they had finished the first, with a score. After good play in the middle, Brendan Cope was released down the right and managed to run in and then convert his own try despite the windy conditions.

On the 50th minute mark, Scottish finally were able to trouble the scoreboard. After a great passage of play that saw Noah get released down the right and make ground, Jersey were penalised in front of the sticks for a deliberate knock on and Guy Thompson was perhaps fortunate not to go to the bin. Will Trenholm didn’t wait around however, and the back row quick tapped and bundle through two Jersey players to score. Laurence May added the extras.

Sadly, just as the Exiles looked to be building into the game, Thompson made an intercept on halfway and ran in unopposed.

For most of the half, the game looked like it was being played between 22s. On the 65th minute, Dan Nutton managed to sneak past the Jersey guard. He then had to out pace all of the Jersey backline over 70m, he did incredibly well but agonisingly was taken into touch just 5m out. Sadly for the Exiles, Jersey then scored two more late tries as they ran out 7-54 winners.

Despite the tough scoreline and season, Director of Rugby Matt Williams said “I can’t fault any of the boys, week in, week out, they’ve turned up and wore their hearts on their sleeves and played some good, rugby even if the results haven’t gone our way.