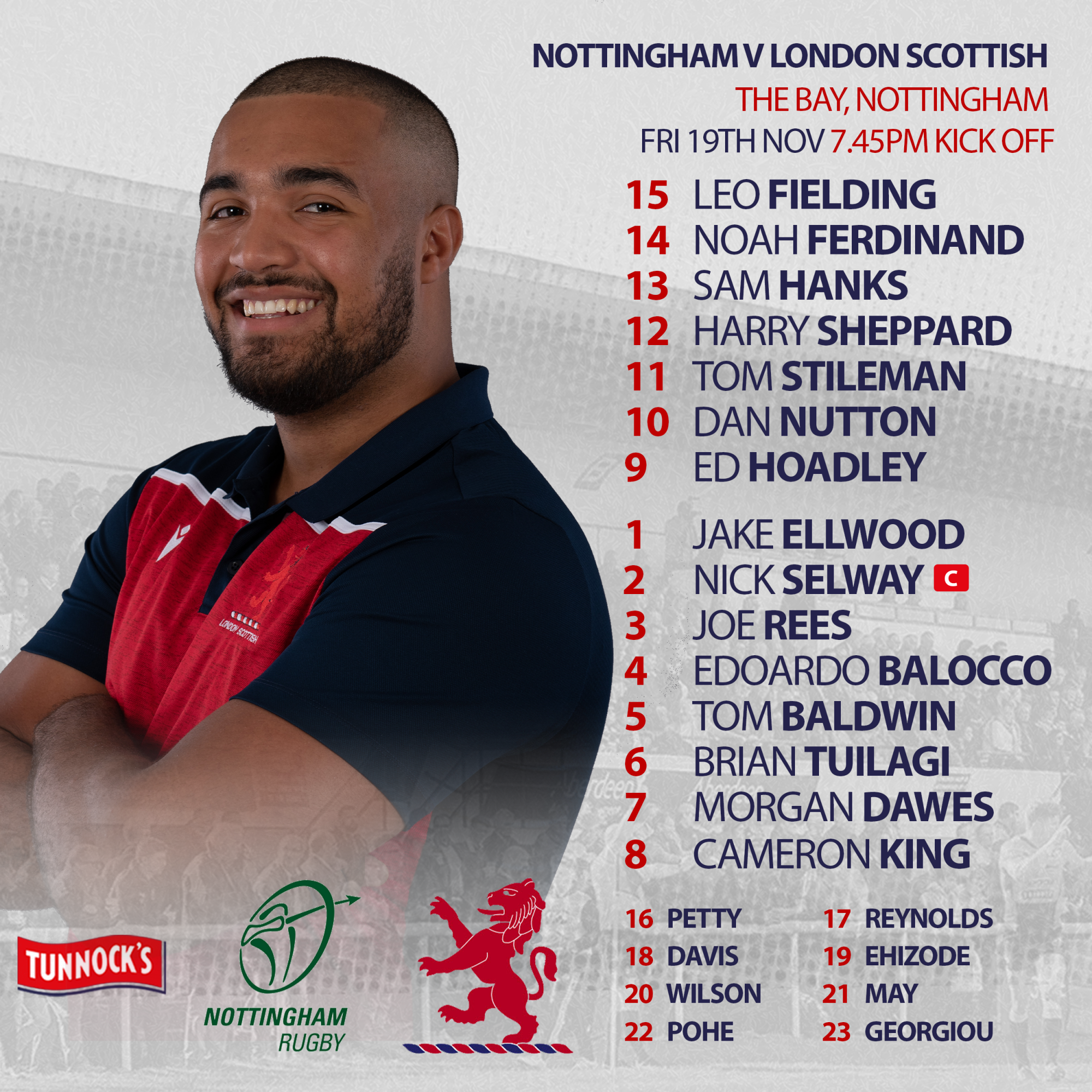 After the much improved performance against Cornish Pirates, Matt Williams has named another strong side ahead of tomorrow night’s trip to Nottingham.

Up front, Jake Ellwood and Joe Rees will look to continue to cause havoc at scrum time as they pack down either side of captain Nick Selway.

In the row, Tom Baldwin moves over from the flank and is joined by Edoardo Balocco.

In the back row, Morgan Dawes and Cameron King keep their spots after impressing against Pirates while Brian Tuilagi returns to the starting side.

At halfback, Dan Nutton continues to excite from fly half while Ed Hoadley starts at scrum half.

In the centres, Sam Hanks and Harry Sheppard will offer ball-playing options from the midfield.

In the back three, Tom Stileman comes in for his first full debut, partnering up with Noah Ferdinand on the other wing and Leo Fielding at fullback.

Among the replacements, former Hartpury back five player Harry Wilson and Ealing Trailfinders loanee Tom Georgiou could both make their debuts for the Club.