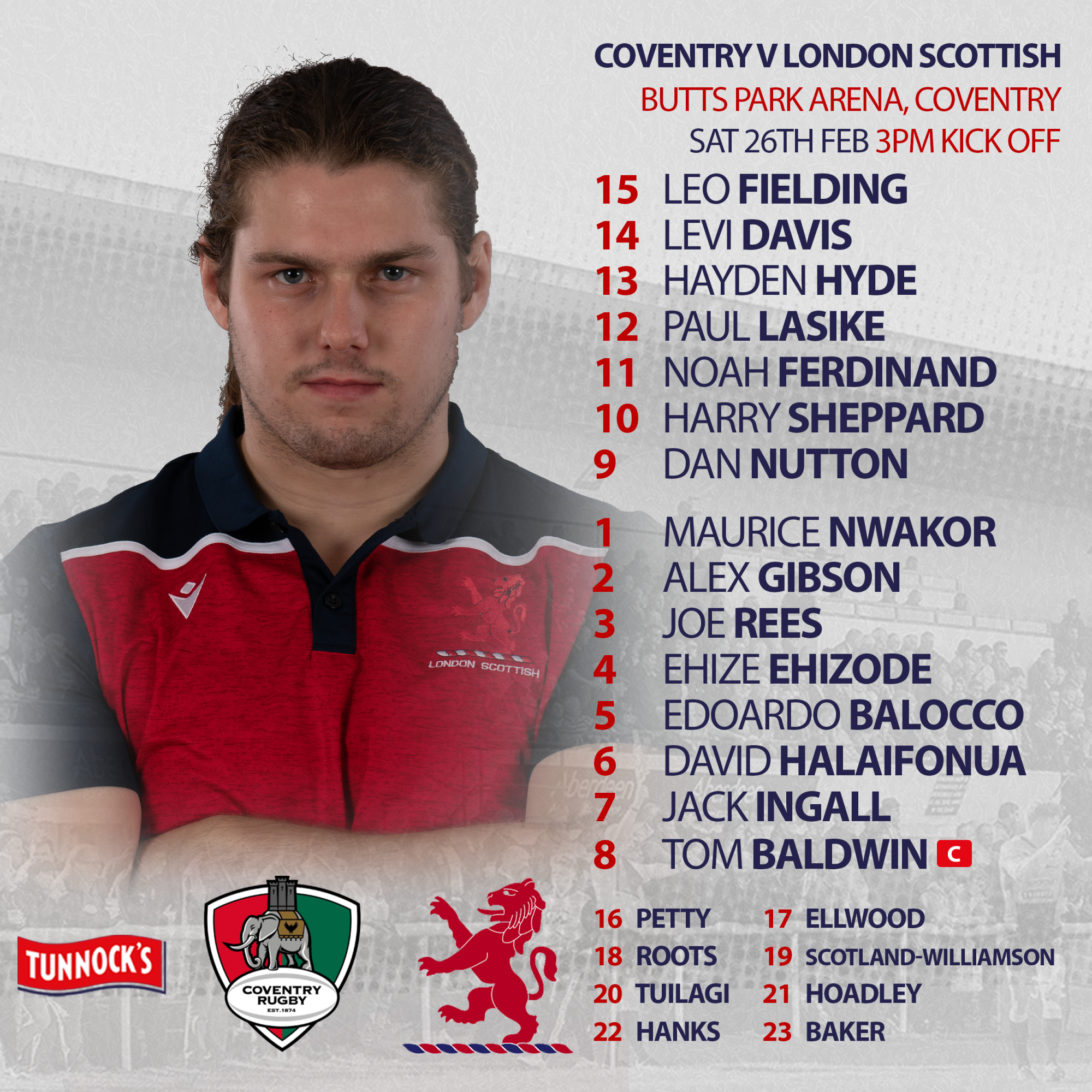 David Halaifonua will make his first start in the forwards as he comes in on the blindside for tomorrow’s trip to Coventry.

In what has been a tough season for the Exiles, the trip to the Butts Park Arena will give Scottish the opportunity to match their best result of the season so far and achieve the double over Coventry.

Up front, Alex Gibson makes his first start at hooker after looking good for 50 minutes last weekend when he was forced to come on early after an injury to George Head. He will have Maurice Nwakor and Joe Rees either side of him in a front row that should be strong at the set piece and in the loose.

The second row remains unchanged with Ehize Ehizode looking to replicate his Player of the Match performance from November, alongside Edoardo Balocco.

In the back row, Cameron King is out injured which allows Halaifonua to come in. He will be joined by the ever hardworking duo of Jack Ingall and Tom Baldwin, with the latter captaining from number 8.

Dan Nutton comes in at scrumhalf after impressing from the bench last weekend, Harry Sheppard continues at flyhalf as he looks to add to his 50th cap last weekend.

American international Paul Lasike continues at inside centre, with Harlequins’ Hayden Hyde coming in at 13. Hyde started the season with the Exiles, and now returns after having time away with England 7s.

In the back three, the wingers of Noah Ferdinand and Levi Davis remain unchanged while Cameron Anderson is out injured, allowing Leo Fielding to revert to fullback.

Among the finishers, Tom Petty, Jack Ellwood and Ealing’s Jimmy Roots will look to bring impact in the front row. Brian Tuilagi returns from injury while Ed Hoadley and Sam Baker are both recalled to cover scrumhalf and the back three respectively.