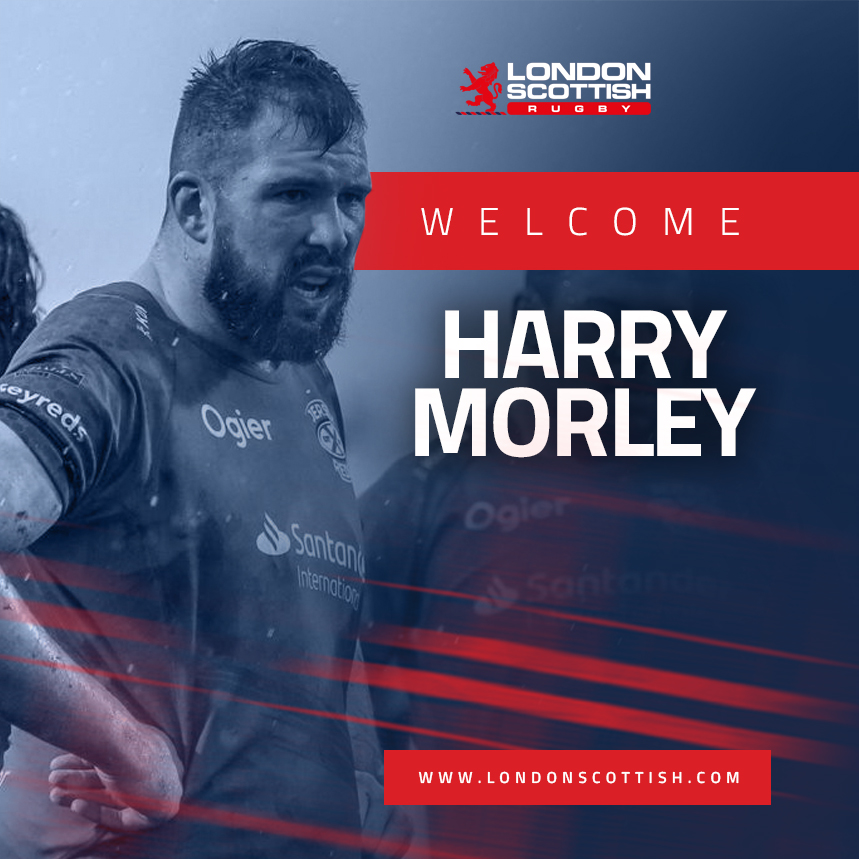 6ft 3’’, 120kg loose-head prop Harry Morley is set to join the Exiles from fellow Championship side Jersey Reds for the 2020/21 season.

A former Northampton Saints Academy player, Morley went to play Down Under with Sydney based side Randwick for a season before heading back to the UK to join up with fellow Championship side Nottingham for their 2014/15 season.

The 25-year-old stayed at the Lady Bay for three seasons before making the move to Coventry RFC where he played for new Director of Rugby, Matt Williams on loan at Chinnor. For the 2017/18 season Morley moved closer to his Stamford home and signed for Cambridge.

For the 2018/19 season Jersey came calling. The forward was a regular in the match day squad, playing in 45 games over two campaigns before Covid-19 cut last season short.

On joining the Scots, Morley said: “I just can’t wait to be back playing rugby, being around the lads and having fixtures to look forward to again. Joining a new club is always exciting, particularly a Club with the proud heritage of Scottish!

Away from the rugby field Morley is excited to go into construction management and on his days off you will be able to find him either fishing, playing golf or chilling out with a cup of coffee.

Matt Williams commented: “I like Harry a lot and he was one of my first calls to see if he wanted to come back to the mainland. He is a big industrious loose-head who loves a scrum, plus he understands what I expect from my set piece.”