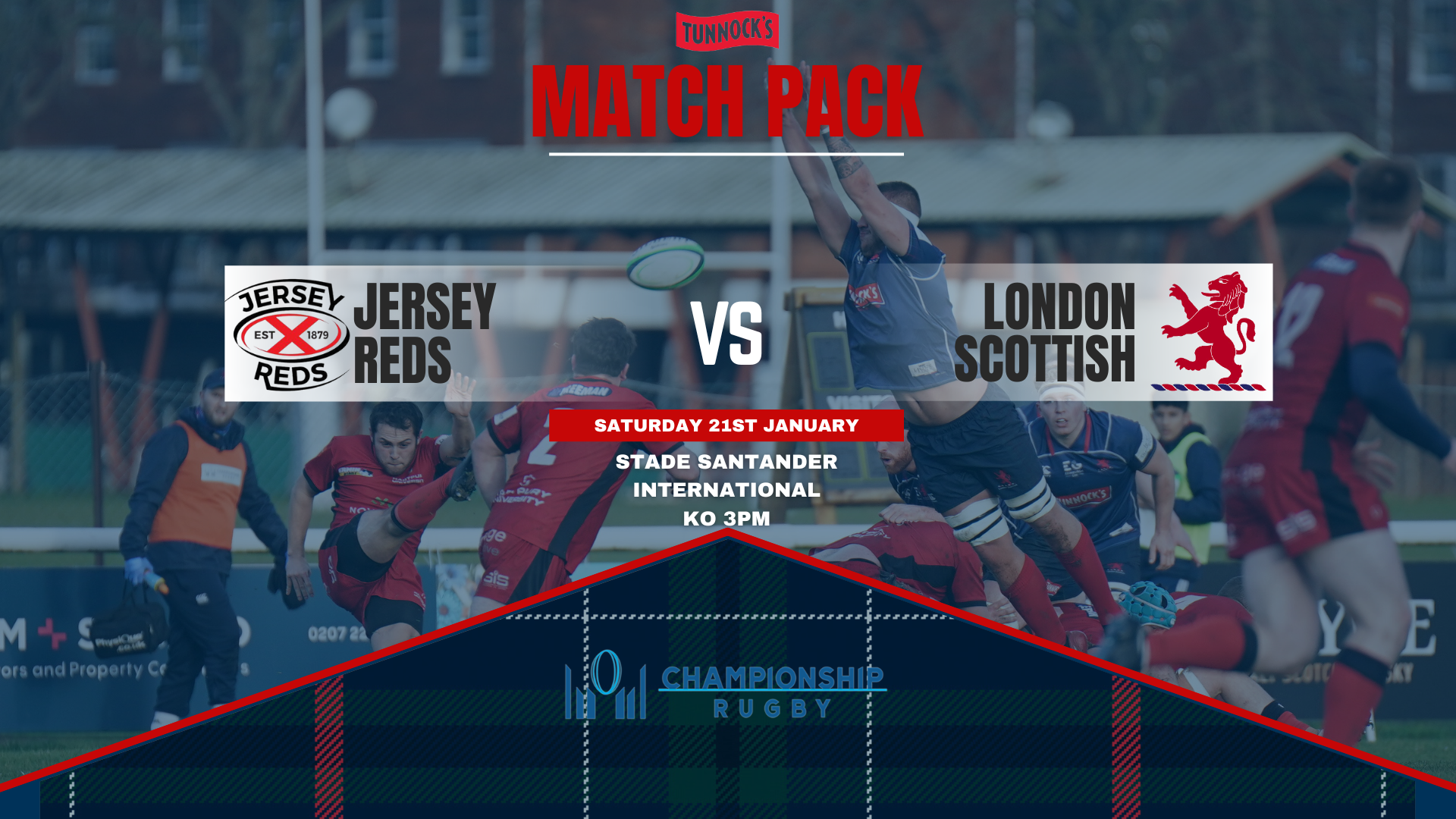 Jersey Reds have been in flying form this season sitting second in the Championship so far. Their only slips ups have come against table toppers Ealing Trailfinders and a draw last week against Coventry who sit third in the table.

As a result Jersey will be a stern test for London Scottish. They possess and all round game which allows them to be successful in the tight with a strong scrum and maul but alternatively they have the ability to cut loose out wide.

London Scottish are looking to bounce back after a defeat to Bedford which saw them on the end of a heavy scoreline. However, mood is high in the camp with the return of a number of key names from Harlequins as well as the impending return of Robbie McCallum from injury.