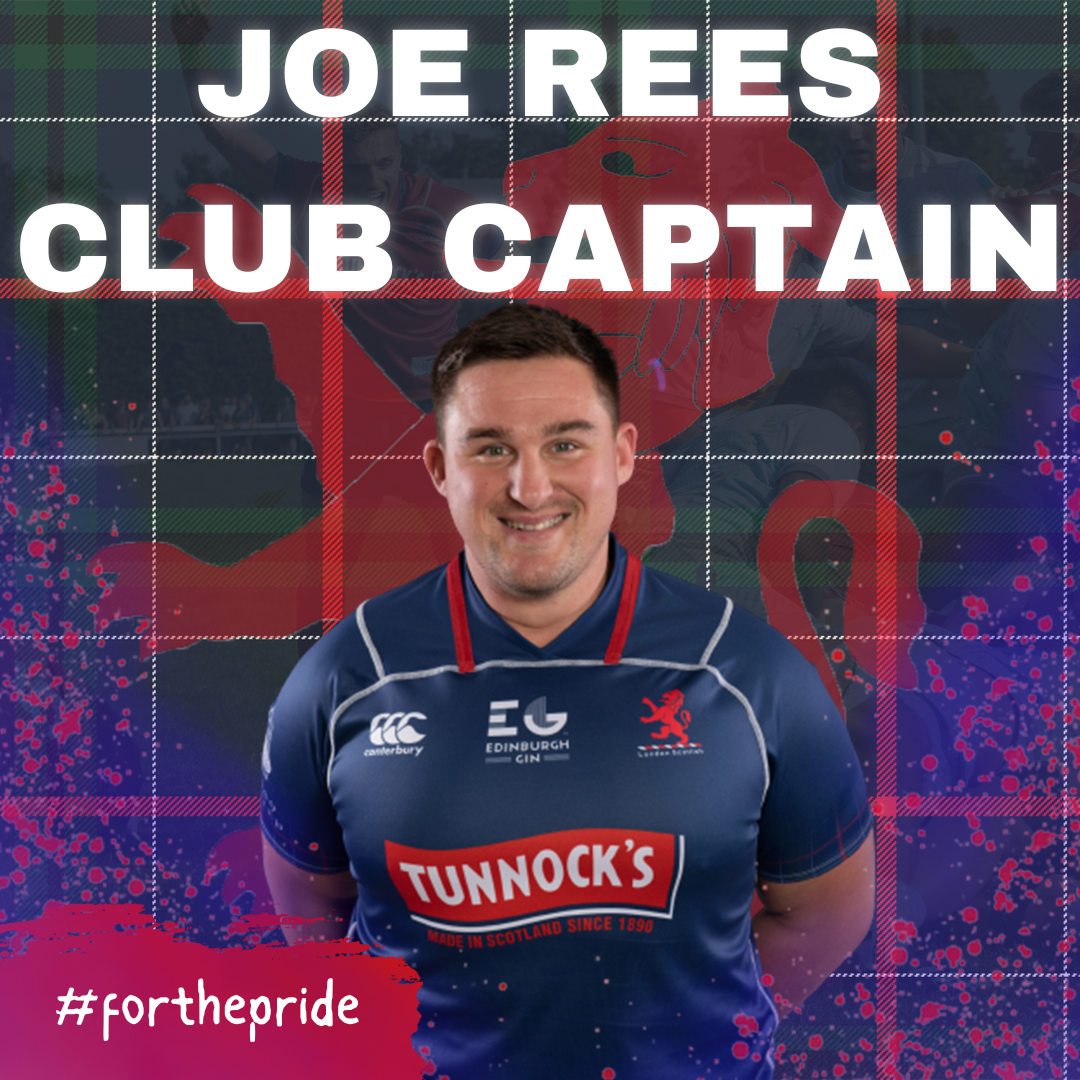 Director of Rugby Byran Redpath has named tighthead prop Joe Rees as Club Captain for London Scottish for the 2022/23 season.

Having spent time at Worcester Warriors, Rotherham Titans and Ospreys, Joe joined London Scottish in 2020 and has been the cornerstone of the Exiles pack during a tricky time for the Club.

As the side emerges with a new strategic partnership in place and a new coaching set up, the Club felt that Joe’s experience coupled with his leadership abilities made him the right man to lead the side for this season.

Commenting on the news Joe stated, “it is a huge on honour to be asked to captain the Club, going forwards I’m going to accept the challenge with both hands.”

Director of Rugby Bryan Redpath noted “Joe is an experienced campaigner at the highest level and sets a great example to the younger lads in the squad. I am delighted to announce him as Club Captain for the 2022/23 season and believe he will do a stellar job in that role.”

Joe’s first outing as captain will be against Nottingham in the first weekend of the Championship. Tickets are still available to buy here.