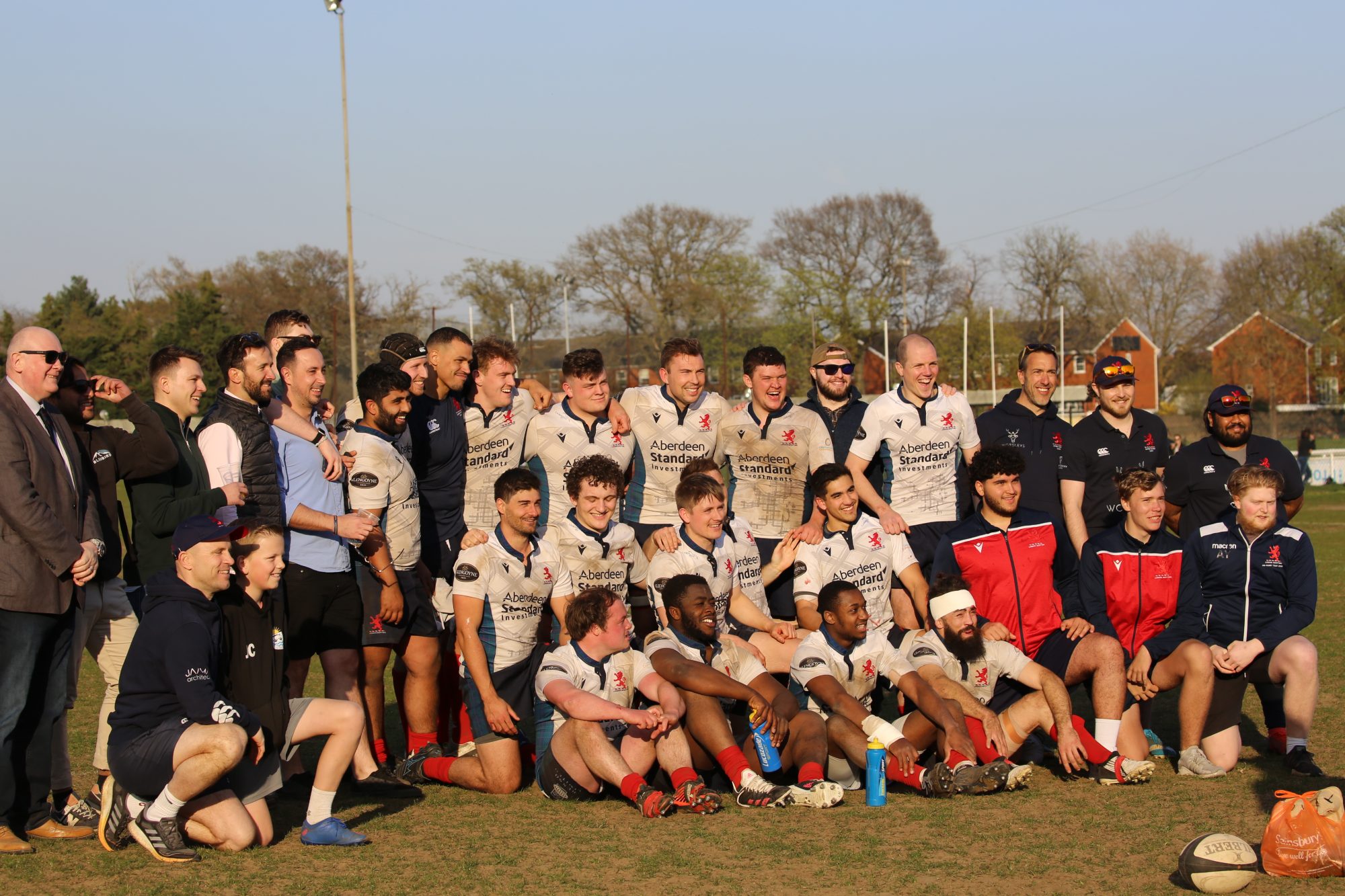 The London Scottish Lions were crowned league Champions and confirmed their promotion this weekend with one game to spare.

The boys comfortably dispatched the Bank of England 61-5 as they stretched 13-points clear at the top of the Herts / Middx 1 league table.

Lions Captain, Angus Clogg said: “Emotions were running high going into the weekend’s game as it acted as league decider, and as important, London Scottish Lions final romp at our beloved RAG. A win was non-negotiable, and I’m proud the boys could deliver in this highly charged atmosphere.”

In a season full of victories there have been some standout moments. The first game of the season when the Lions ran out comprehensive winners against the Kings Cross Steelers in ‘Pride under the Lights’ showed how successful the season could be, while the away trip to Ealing 1871 showed the quality within the squad as they built into the game and begun to dominate towards the end of the match.

However, now the real aim of this season is to go the whole season undefeated. With just one game to go, they have won 16 of their 17 league games and have drawn the other. They have also secured 14 try bonus points in their 17 games.

Lions Director of Rugby, David Box, couldn’t be prouder of the team this season, “the big achievement this season alongside our promotion has been how we’ve gathered a group of players who are all excited and enthusiastic about building the London Scottish Lions even further.

“I am tremendously proud of the players. So many have played a part in the promotion we’ve earned. The playing group has really come together.

“The level of support they give each other has been a key feature. Watching players congratulate each other at the end of games showed how much it has meant to them. As the season has progressed the interest in what we’re doing and how we’re going about representing London Scottish has grown. To have our own group of loyal supporters has been something the players have really enjoyed.

“A huge thank you to all the coaches, support staff and executive committee. All the work behind the scenes makes the 80 minute performances we’re seeing each Saturday well worth it, and hopefully we can finish off in style this weekend.”

The Lions’s one draw this campaign came at the start of the season in awful conditions against second placed, Barnet Elizabethans. The Lions’s final game is this weekend away to Barnet as the hosts look to grab the second promotion spot while the Lions will be looking to finish their year without a loss. The Lions have organised a supporters bus to travel to Barnet this weekend to cheer on the lads, to book on to the bus, click here.