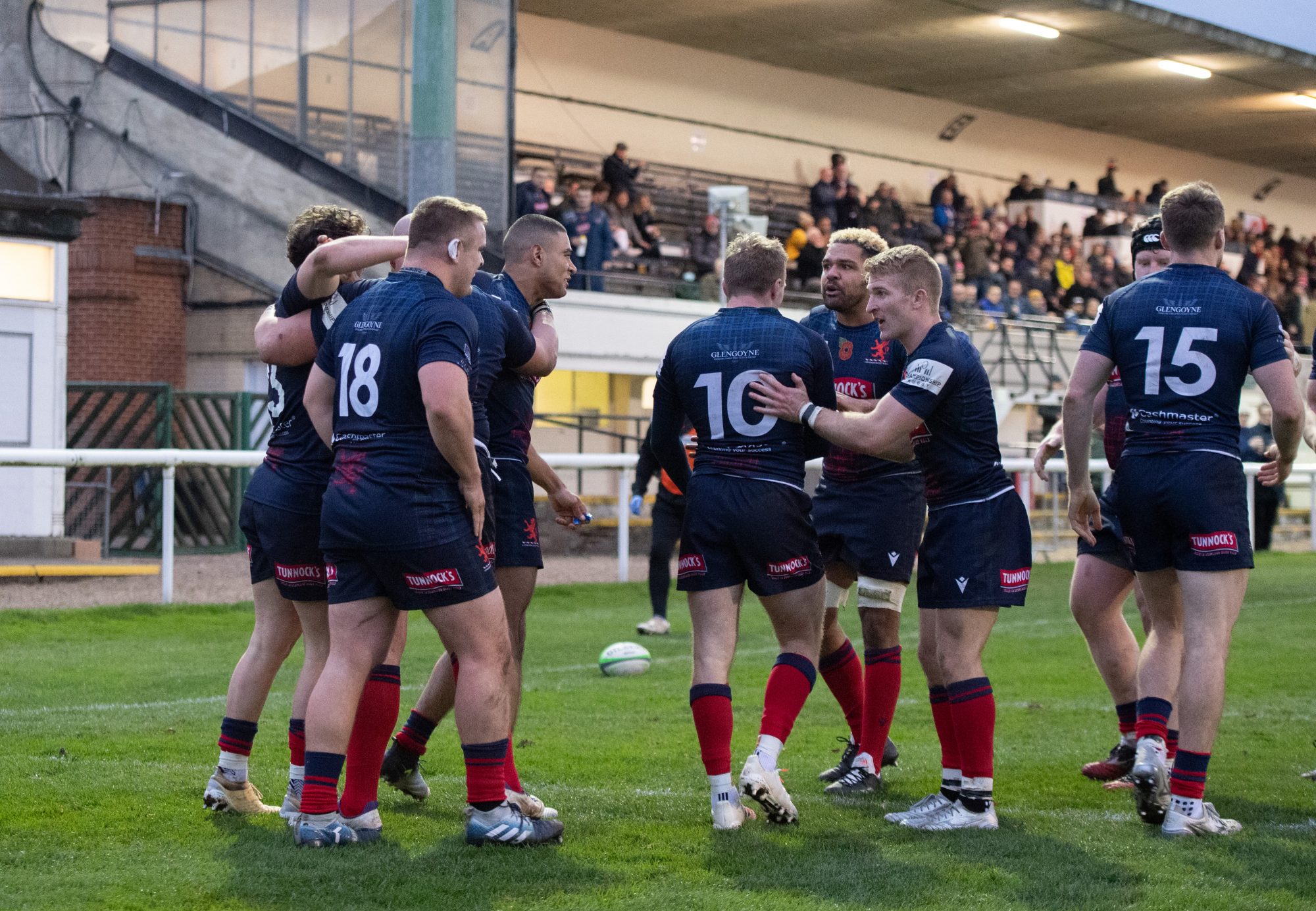 Despite the result, London Scottish can be very proud of their performance today, as they took the  Cornish Pirates to their very limit, in a match that truly could have gone either way. Scottish looked like a brand-new team, and were incomparable to the side that faced Ealing Trailfinders.

The end result saw the Pirates come away with a narrow 17-19 away win, but all credit is due to the Exiles, who fought valiantly throughout this entertaining contest at the RAG.

Scottish have registered their first league point of the season, through a losing bonus point, and started incredibly well. Their first half performance against the Championships’ second placed side presented the RAG faithful, and a respectful amount of Cornish support, with a flawless scrummaging display.

Two wins against the put-in early on forced Pirates to adapt in the scrum, and the turnovers also came in-field. Multiple in-game turnovers highlighted Scottish’s defensive prowess, with scrum half Stephen Kerins leading, as he ripped a ball free from a ruck.

Shortly after the opening 20 minutes of battling for control of the game, Scottish took the lead through fly-half Dan Nutton. The try started through scrum-half Stephen Kerins catching the Pirates off-guard with a quick tap penalty, before playing Nick Selway through a gap. The hooker then offloaded in contact to Nutton, who was unopposed on his run in to score. Nutton’s conversion attempt struck the post.

The 5-0 lead remained for ten further minutes, until Pirates responded with their opening try after 31 minutes. Right winger Callum Sirker ran on at great pace to a popped up ball, and broke through the defensive line, and eventually over the try-line to score. Pirates fly-half Arwel Robson converted from the tee, for a 5-7 away lead.

Scottish flanker Morgan Dawes was sin binned for illegally bringing down a Cornish rolling maul. The Pirates then used the numbers advantage to drive a rolling maul over to score, and was grounded by hooker Tom Channon. Robson’s second conversion was wide, and the teams broke for half time at 5-12.

The second half remained a stalemate, until Scottish’s club captain Brian Tuilangi came off the bench. Just before the hour mark, a rolling maul peeled into centre field, before breaking down. Kerins’ quick thinking found Tuilangi at first receiver, who powered through a sea of Pirates defenders to score. Nutton secured the conversion, as the Exiles drew level at 12-12 after 57 minutes.

Scottish’s flying winger Noah Ferdinand crossed over to score after 63 minutes, to regain the Exiles lead. Nutton made a break, and linked up expertly well with Leo Fielding, who played the winger into space. Ferdinand then accelerated down the right hand side with a rapid burst of pace, and took him to the corner. Nutton missed the conversion, with the score-line reading 17-12.

Immediately after the re-start, Cornish regathered their kick-chase, and were able to ship the ball wide. A heavy overlap enabled Sirker in for his second try.

Robson slotted the decisive conversion, and the two-point margin was maintained until the final whistle.