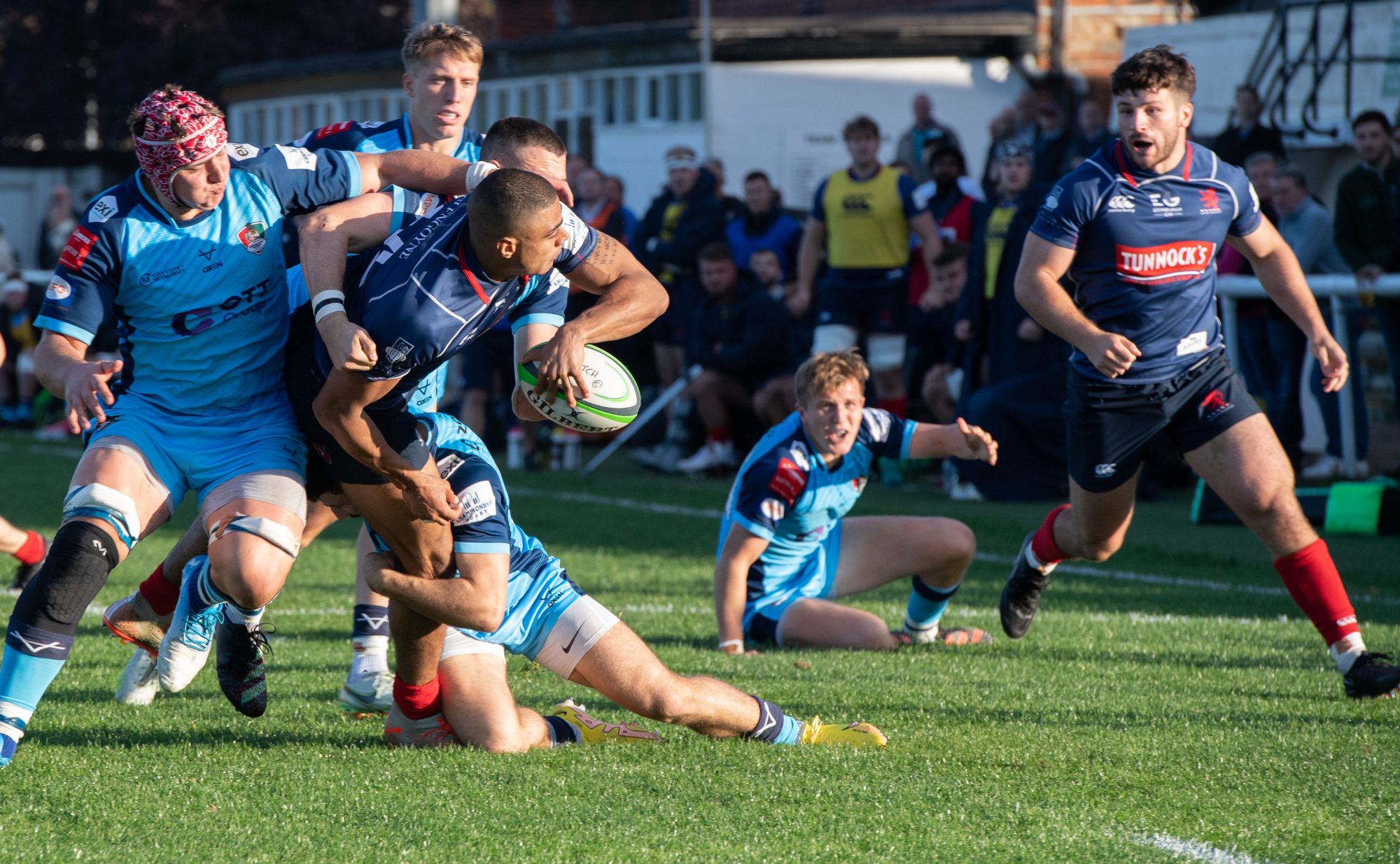 London Scottish made the dream start after a disappointing performance last week. Three tries in the opening 15 minutes set the stage for a thrilling encounter at the RAG to the delight of a season record crowd.

The Exiles opened the match with a beautiful try finished off by Cassius Cleaves after breaks from Cam Anderson and Robbie McCallum in the build up. After just three minutes the Exiles had their opening score and the crowd at the RAG making noise.

Dan Nutton quickly made it two after he intercepted off the back of a Coventry maul to race 60m up the field. The scrum half showed great pace to finish off this try from 80m out, streaking away from the cover defence to score in the corner.

The Exiles further increased their lead with Nutton dotting down again as he pick up McCallum’s offload after another great break from the Scotsman. McCallum spotted the gap in the ruck and picked through to make the crucial ground before finding Nutton to finish off the try.

This left the score at 19-0 but Coventry with quickly fight back. London Scottish gave away a number of penalties in the middle of the park and this allowed Coventry’s superior maul into the game.

Will Talbot-Davies would grab their first try after a pin point cross field kick under penalty advantage. London Scottish would add to their tally shortly after through a Harry Sheppard penalty on the 20 minute mark. However, Coventry preceded to score a further three tries before the break through their maul game which look imperious for eighty minutes.

Coventry would also score shortly after the break but London Scottish took advantage of a penalty quickly afterwards, choosing to kick at goal and narrowing the lead. With their new-found energy, with a try from Theo Manihera after another fantastic intercept on halfway.

However, Coventry sealed their win by scoring the final try of the game as fly half Patrick Pellegrini dotted down with 15 minutes to go. Coventry would control proceedings from then in to ensure they were the ones that came away with the spoils.

It was a much improved performance from the Exiles but another defeat. There is still much to learn for this young side to continue to improve but they showed greater fight and determination today. Coventry though will be pleased with their performance especially after their start, the maul in particular was a big source of success and something that could scare any side in this league.

Speaking after the game London Scottish Club captain Joe Rees praised his side’s fight but pointed out the number of errors cost them. “Against a side like Coventry you’ve got to be on it and today as a forward unit we gave away too many penalties and the field position that goes with it. Their maul was exceptional but we gave them the opportunities to take advantage of.”