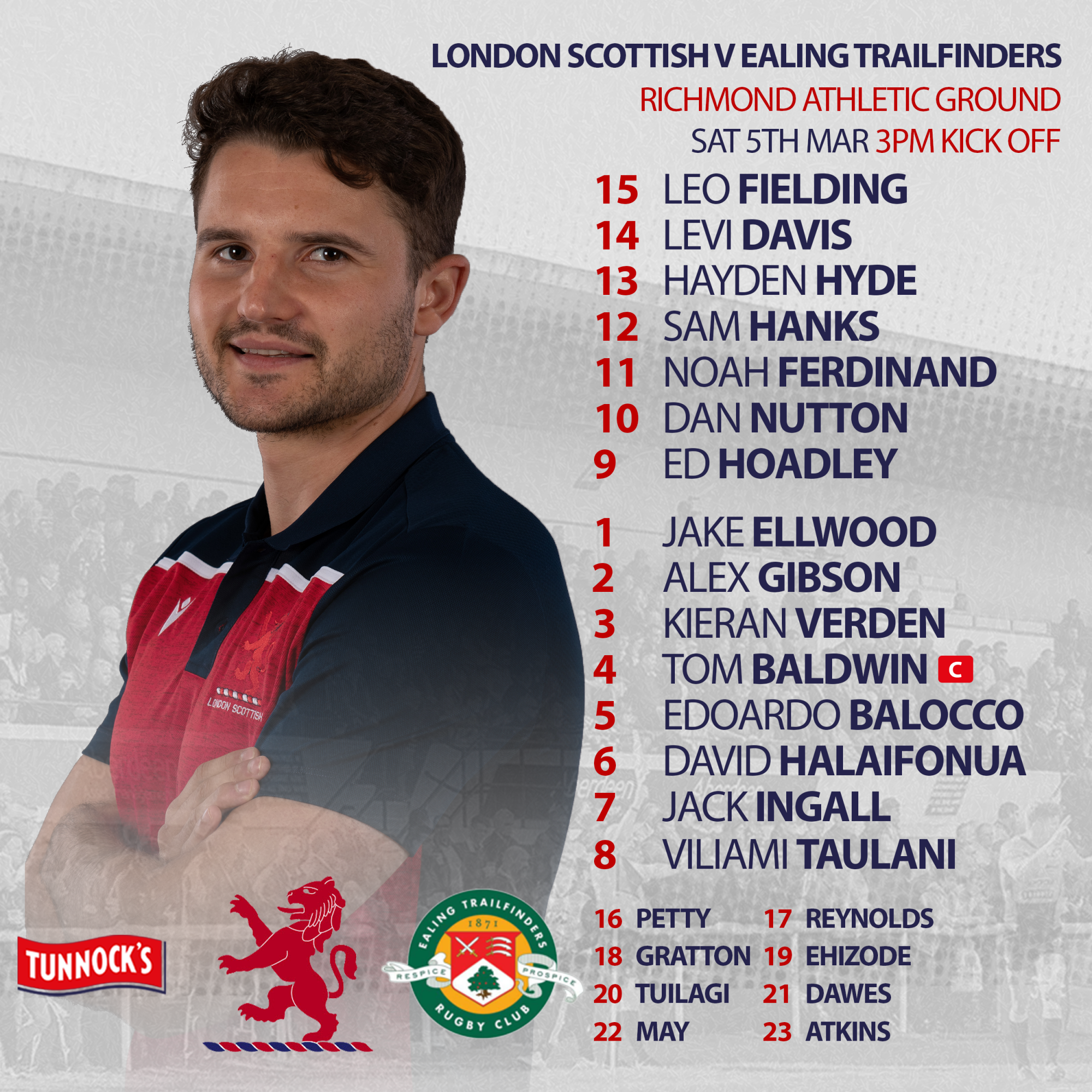 The Exiles have made a handful of changes for tomorrow’s game as they welcome Ealing Trailfinders to the RAG.

Up front, both Maurice Nwakor and Joe Rees drop out due to injury, but this hands opportunities to Jake Ellwood and Bath’s Kieran Verden to come in at loosehead and tighthead respectively. Alex Gibson continues at hooker after impressing last weekend given it was his first ever start in the position.

Tom Baldwin moves from eight into the engine room and will captain the side from lock alongside Edoardo Balocco.

There are two Tongans in the back row, with David Halaifonua continuing at blindside, while Harlequins’ Viliami Taulani will make his debut for the club at number eight. The ever impressive Jack Ingall keeps the openside shirt.

At halfback, a knock to Harry Sheppard and Stephen Kerins being unable to play against his parent club means Ed Hoadley comes in at 9 while Dan Nutton makes the shift to 10.

In the centres, Sam Hanks comes into start alongside Hayden Hyde, while Noah Ferdinand, Levi Davis and Leo Fielding make for an electric back three.

Among the replacements, Brian Tuilagi returns to the matchday squad after recovering from injury and Sam Gratton and Bath’s Darren Atkins will both look to make their debuts.

Tickets for the game are available on the gate (card only) or you can purchase them here.