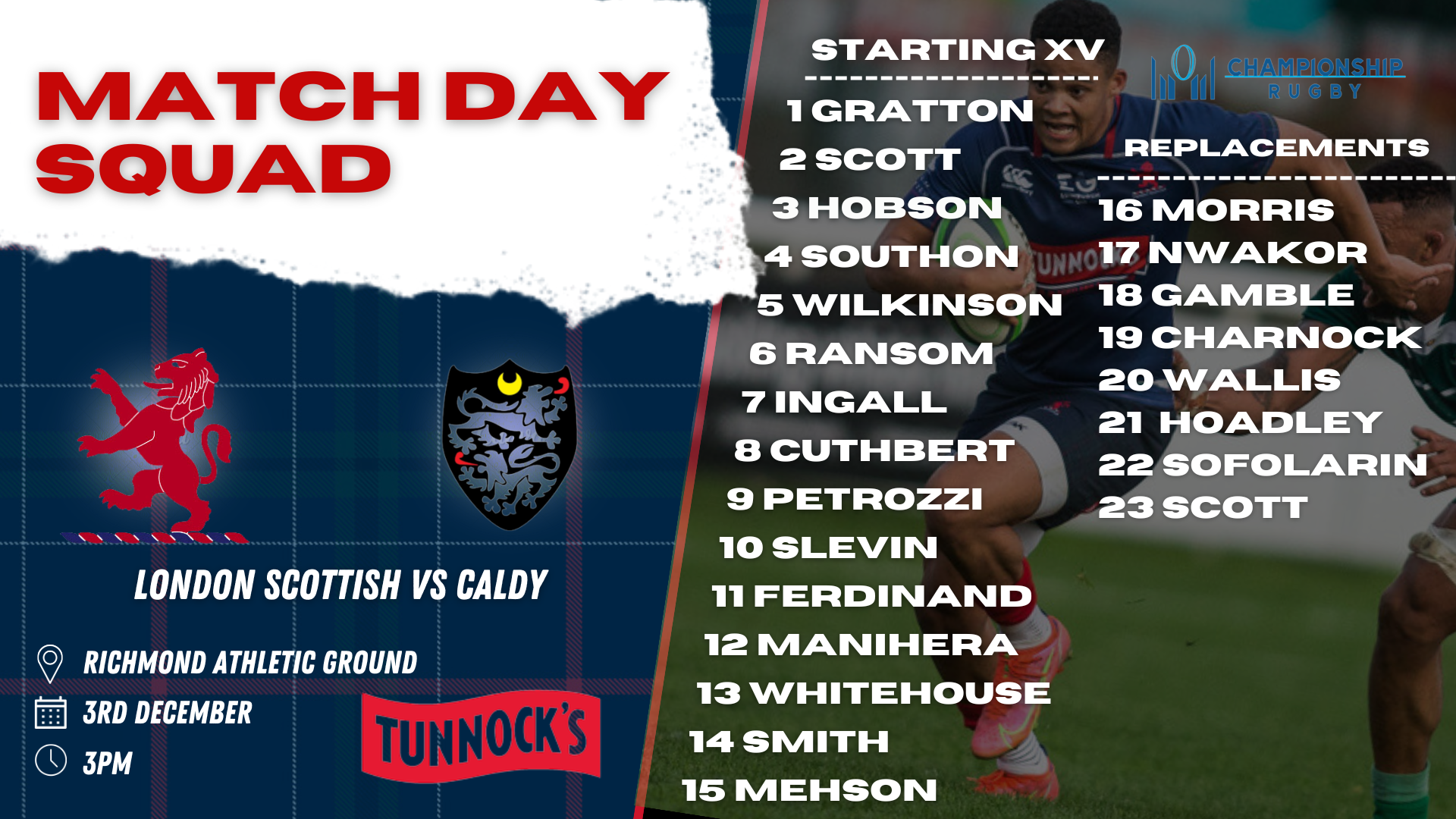 Bryan Redpath has welcomed back a number of Harlequins loanees as well as some regular faces for the return of Championship action in a crunch match against Caldy. After using to Championship Cup to rest and rotate, London Scottish have named a strong side for the visit of fellow strugglers Caldy.

Redpath is able to name both Luke Mehson and Cameron Anderson in the back three after both recovered from concussion. Anderson sustained his whilst playing for Harlequins in the Premiership Rugby Cup.

Hayden Hyde also makes his first start for the Club since pre season after sustaining a significant injury back in September. Bryn Bradley also returns after a slight niggle to take his place on the bench.