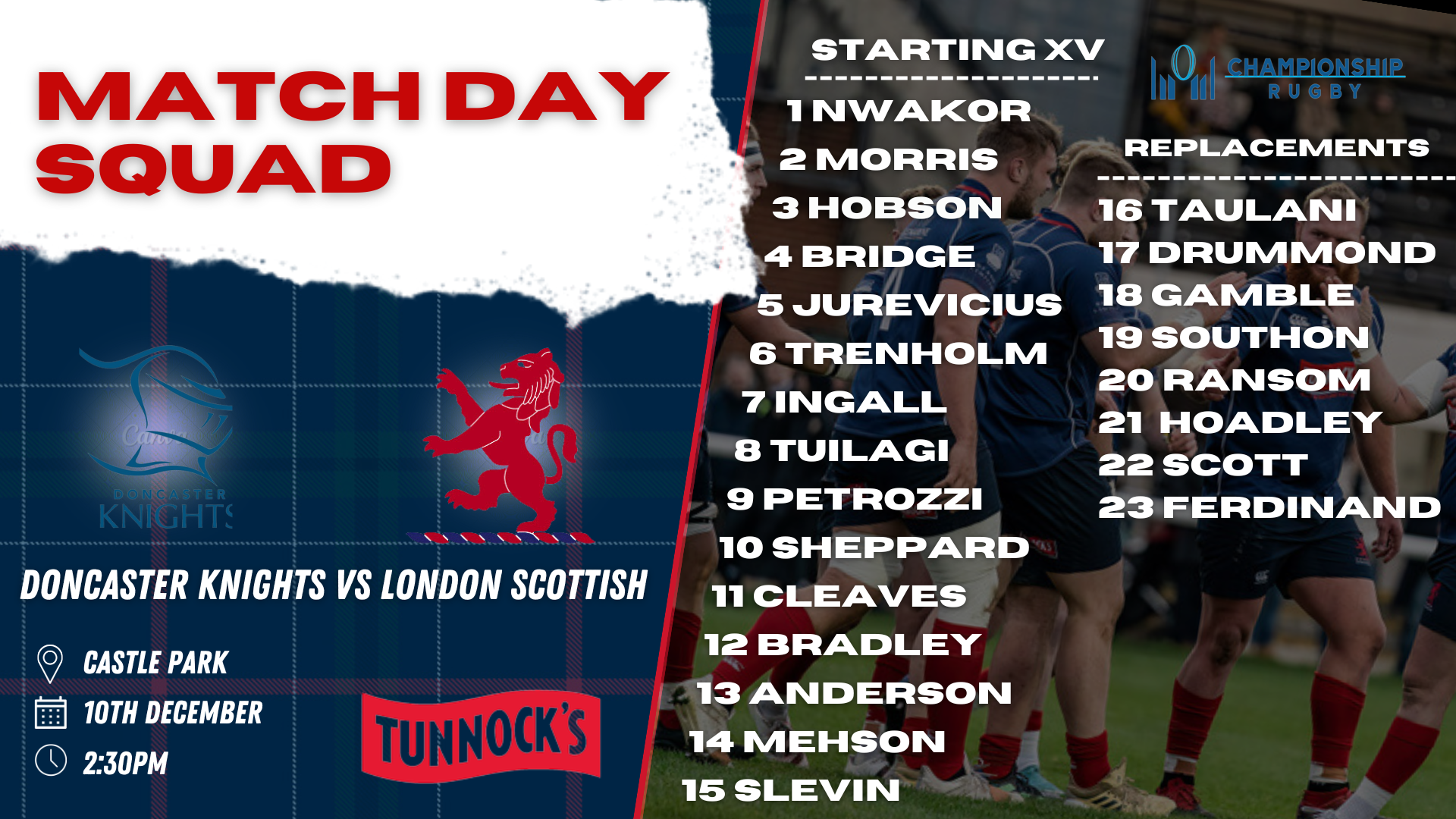 Bryan Redpath has made seven changes to the side that defeated Caldy last week as London Scottish prepare for the challenge of Doncaster away. Jordan Els and Hayden both drop out as they have been called up to go away with Harlequins to South Africa.

Whilst Sam Riley, Matt Wilkinson and Brian Tuilagi all miss out through minor injuries but should be back to full fitness soon. Luca Petrozzi has been handed the number nine shirt as he looks to put a marker down in that position. Conor Slevin also returns to the starting XV, for the first time since he started against Doncaster at fly half in the Championship Cup.