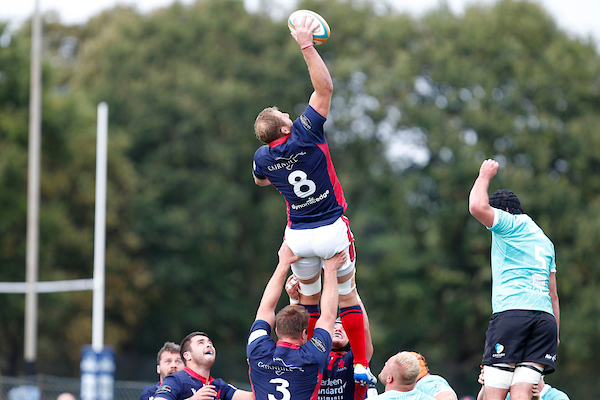 A Sad Loss For London Scottish:

It was with great sadness that we learned of the death of Iain Laughland on Sunday 9th August. He was 84; our heartfelt commiserations go out to his wife Ann and two children. A regular attendee at matches until recently, he will be missed not only by the players and officials of his own era but to those of subsequent generations too.

Playing either at centre or fly-half, Logie won 31 caps between 1959 and 1967, alongside sometimes as many as six other London Scots, and captained the Scotland team that retained the Calcutta Cup in 1966. He was club captain twice, and was the “general” of the great club Sevens sides of the 1960-65 era.

He served as Scottish Rugby Union president from 2000-01, and was inducted into the London Scottish Hall of Fame in 2007.

On Friday we were delighted to bring you the news of armed forces signing John Davetanivalu (Army) and Ryan Crowley (RAF).

To read the full story: https://bit.ly/2PQlkbt

We look forward to announcing further signings next week!

Take Part In Our Survey!

Are you interested in shaping the future of London Scottish?

We would love to hear your thoughts on how we can shape the future of the Club as part of our strategic Vision 150. Please follow this link https://bit.ly/2XRoEHQ to complete our two minute survey to get your opinions heard 🏉🏴󠁧󠁢󠁳󠁣󠁴󠁿

One lucky person who completes the survey will also win two tickets to a Scotland International match in 2021!