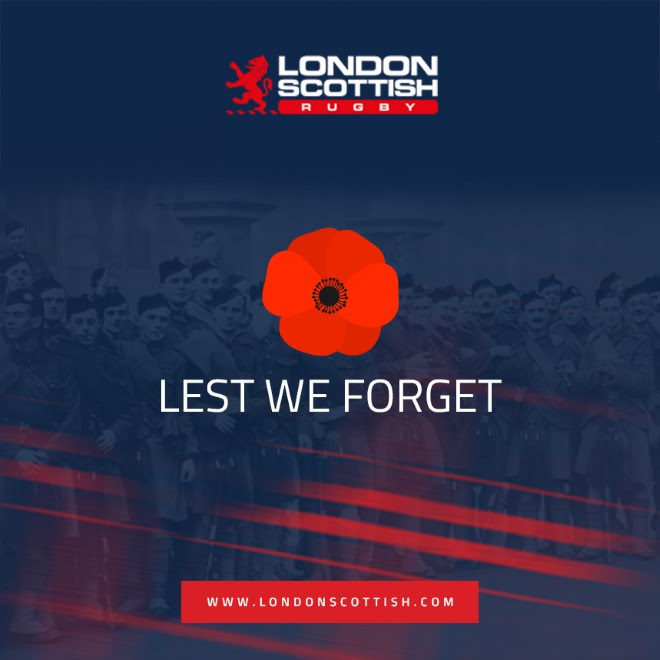 London Scottish was founded in 1878 and we are rightly proud of our International Honours Board which boasts 224 international caps, more than any other club in world rugby. This includes 4 British Lions captains, a club record held equally with Leicester.

However, during this Remembrance weekend, we turn our attention to an even more illustrious list of names; those members and past players whose 155 names are inscribed on our War Memorials at the RAG.

Hard-wired into our London Scottish DNA is respect for, and annual commemoration of, the extraordinary service and sacrifice demonstrated by our past players at war.

On Remembrance Sunday, let us pay tribute to our heroes who made the ultimate sacrifice:

And we thank our fallen for the freedom we enjoy today.

Club President Paul Burnell and Hon. Sec. Paul McFarland will represent LSFC alongside our friends at Richmond FC at the joint memorial service at the RAG on Remembrance Sunday.