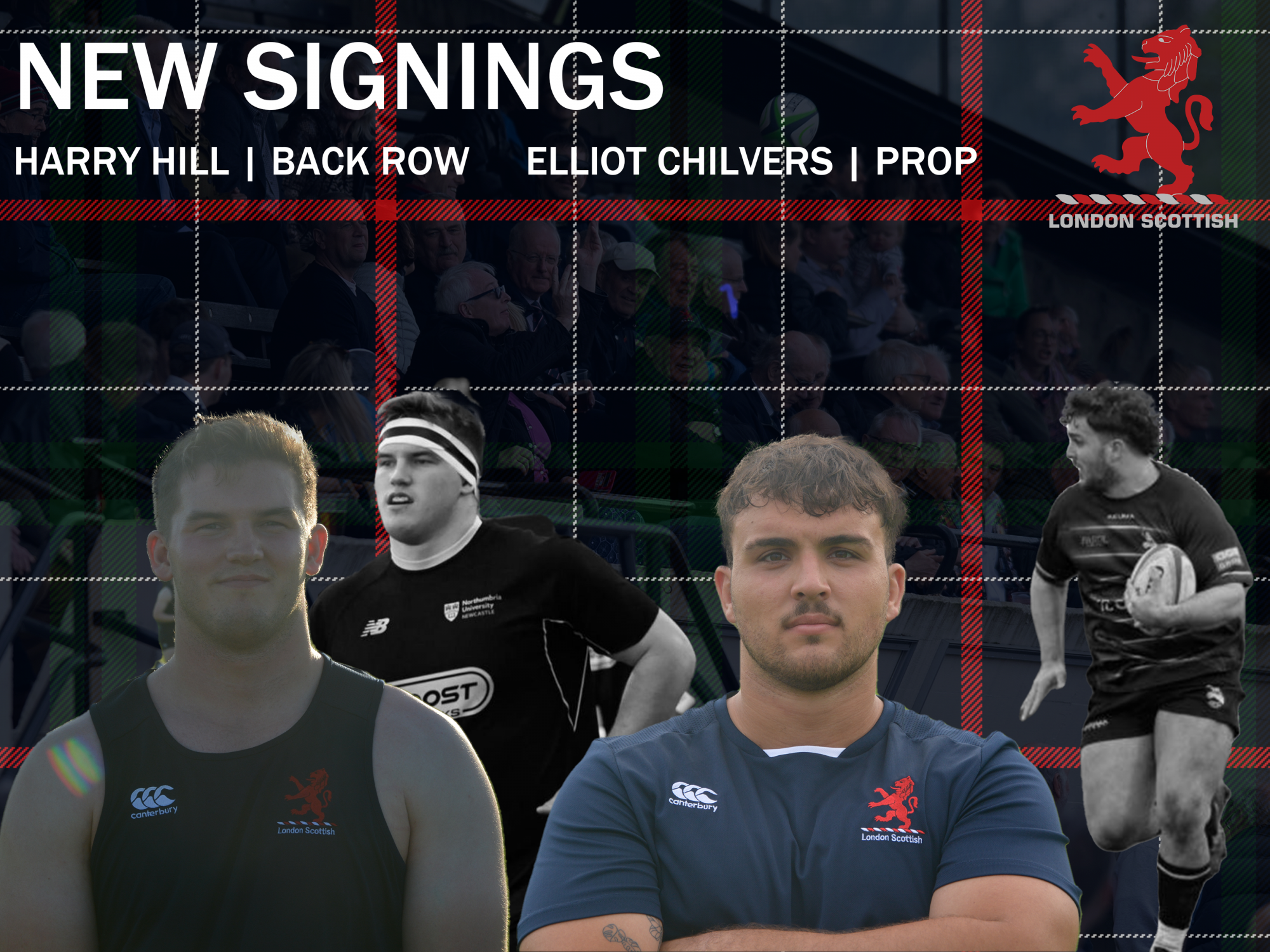 London Scottish are excited to announce the signing of back rower Harry Hill. As well as the loan signing of loosehead prop Elliot Chilvers from Ealing Trailfinders.

Harry joins London Scottish having graduated from Northumbria University. He shone for the university during his time studying. Harry has shown himself to be a robust back row forward with an impressive all round game. He demonstrated his ability at the highest level and has been rewarded with a Championship contract this season.

Harry begun his rugby journey at Sedbergh School before joining the Newcastle Falcons academy. All of this experience gives the young back rower the basis to develop within the London Scottish system.

Upon signing for the Club, Harry has said, “I am delighted to sign for London Scottish, a Club with a rich history and a bright future. The standard of training and coaching has been excellent so far and I can’t wait to see how much I can develop in this environment.”

Coming through the Brunel scholarship program, Elliot his a highly touted young prop at Ealing and everyone at London Scottish is looking forward to seeing him in action this season.

Elliot commented on the opportunity ahead of him this season when he said “I’m very excited to be a part of London Scottish this season. It’s a great opportunity for me to be on loan here with a large number of experienced and talented players with a great coaching set up.”

Director of Rugby, Bryan Redpath was delighted to welcome both of these young talents to the squad. He noted, “It’s great to have Harry on board for this season, he is a really talented player who can offer an awful lot on and off the field. Everyone at London Scottish is excited to work with him.”

He went onto say “Elliot is an exciting young prop and it is great to have him on board from Ealing. The performance of our front five this season will be integral to our success and Elliot will be a massive part of that.”