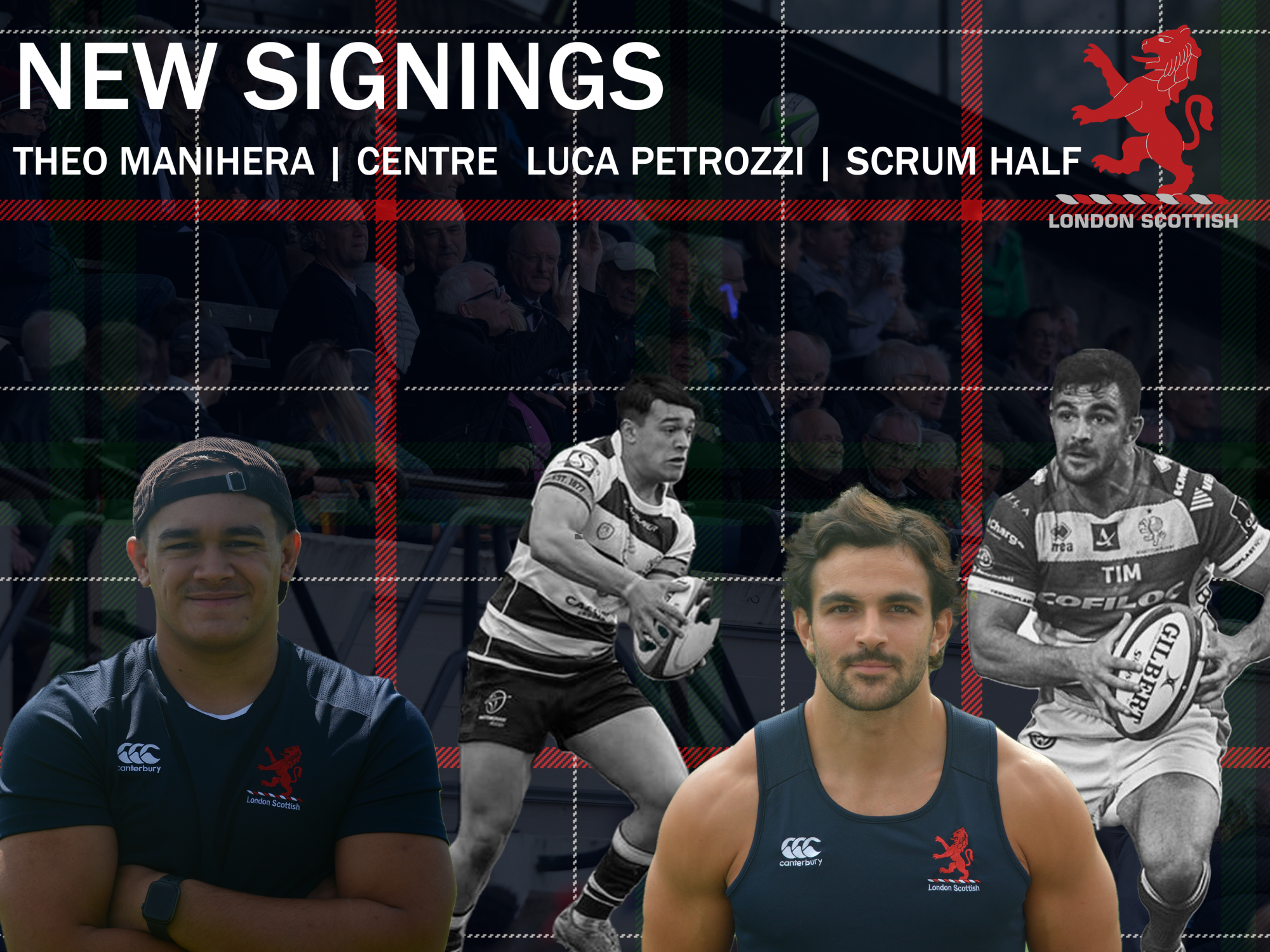 London Scottish is delighted to announce the signing of centre Theo Manihera and scrum-half Luca Petrozzi from Nottingham and Treviso respectively.

Theo joins London Scottish having graduated from Nottingham Trent University. During his time studying, Theo was a regular for Nottingham Rugby, amassing 20 appearances in this short period of time.

The hard running centre learnt his trade at Sedbergh School and the Newcastle Falcons Academy. He offers further depth and quality to an exciting London Scottish backline this season.

Commenting on signing for the Exiles Theo has said “It’s great to join such an exciting club in London Scottish. I’m hugely excited to get stuck in and see what this exciting group can achieve this season.”

Luca joins London Scottish after a stint in Italy playing for Benneton Treviso. The talented scrum-half began his rugby career in the UK before being named in the Italian U20s squad for the 2015 Six Nations. Luca then went onto play for the Italian 7s side in 2018 before signing for Benetton.

When speaking about signing for London Scottish Luca said “I am delighted to have joined London Scottish for the upcoming season. I am really impressed with the level of rugby during pre-season and also how welcoming everyone has been. I am looking forward to the pre-season games and testing ourselves against some quality opposition which will help us prepare well for the season opener in September.”

Director of Rugby, Bryan Redpath was delighted to welcome both Theo and Luca to the Club. He has said; “Theo brings a lot of Championship experience during his time at Nottingham. His talent and work rate will be a great asset to this side as we build into an exciting season.”

He went onto say “I’m excited to welcome Luca to the Club for the 2022/23 season. He is a very talented scrum half with European rugby experience which will rub off on the rest of the squad.”