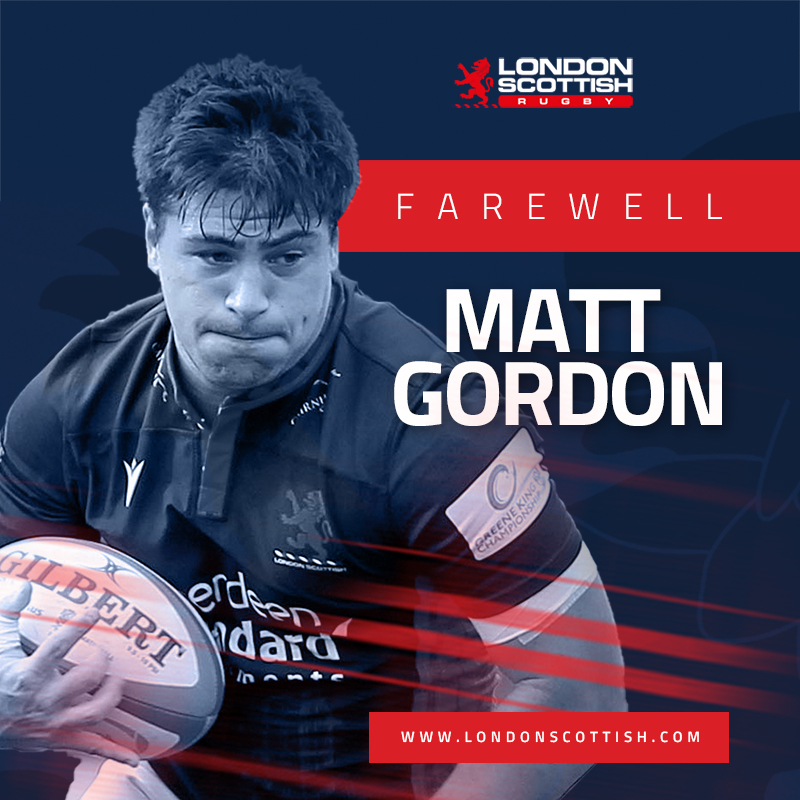 Centre Matt Gordon will be joining PRO14 outfit Edinburgh ahead of the 2020/21 season.

The 25-year-old from Queensland, Australia joined the Scots from Premier Rugby side Easts Tigers, where he had helped the side finish in second place in 2018.

The former Brisbane City player, who played alongside the likes of Australian international Quade Cooper, made an instant impact for the Scots in his first match of the 2019/20 campaign against Cornish Pirates. He went on to make 15 appearances and score four tries, plus he finished the season with an 83% tackle rate.

An impressive ball carrier, Gordon was a player to keep your eye on during matches. Everyone at London Scottish would like to thank him for all his efforts last season and we would like to wish him the very best of luck as he makes the step up to the PRO14.

On leaving London Scottish Gordon said: “I’ll always be extremely grateful for the opportunity London Scottish gave me to come over to play in the Championship. The staff and players at the club have made my time here very memorable and I cannot thank them enough.

“The Championship is a very tough competition with some great clubs, a proud history and high-quality players. I’m hoping I can do the club proud when I link up with Edinburgh in the summer.”

Head coach Stevie Scott said: “Matt has been excellent for London Scottish. He made a huge impact in the Championship. I have thoroughly enjoyed working with him. Matt’s a smart rugby player and very coachable. I wish him well for the future.”