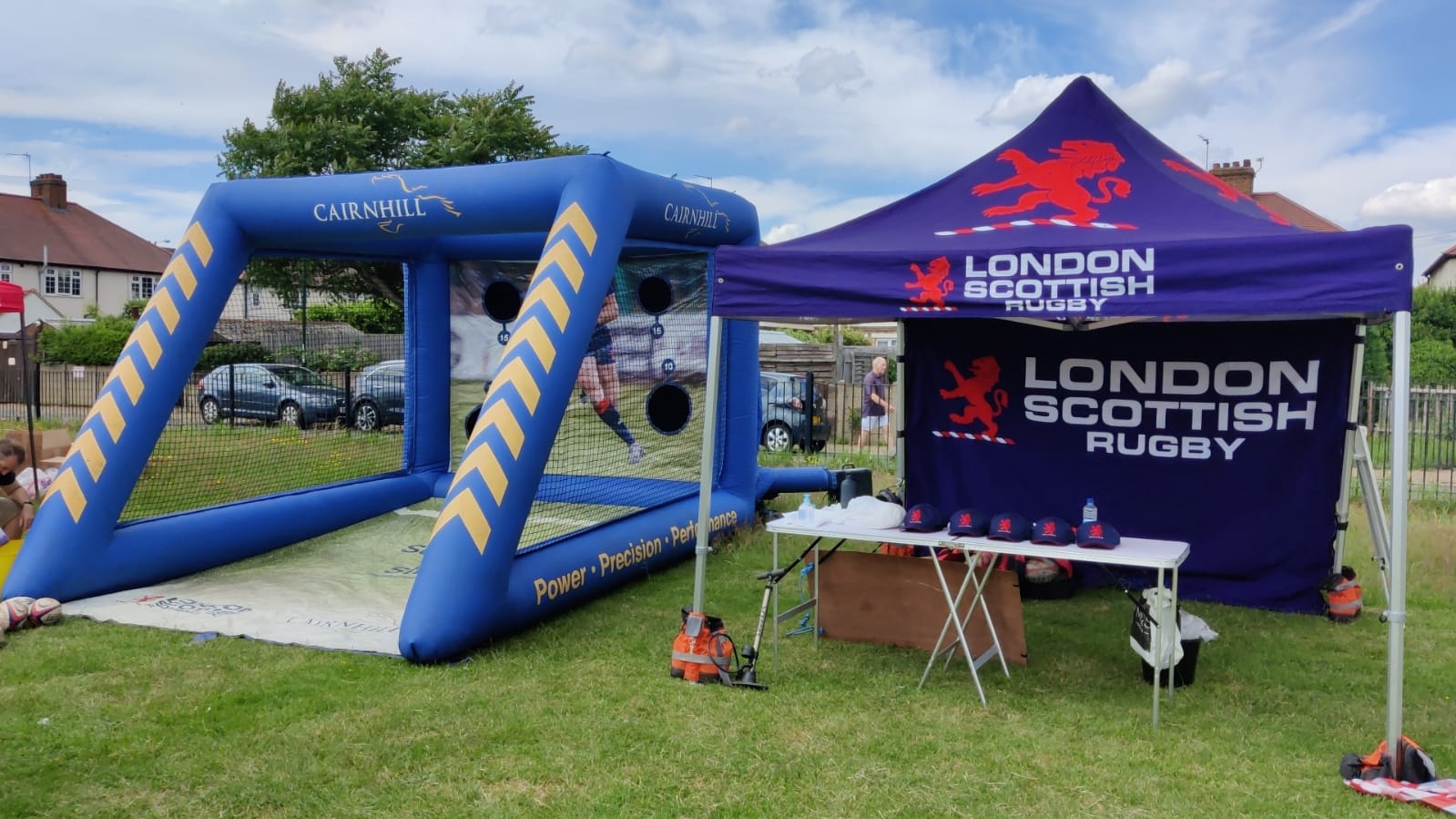 On Saturday, London Scottish FC attended their first Summer Fair of the year over in Mortlake.

Once again, the Club brought out the ever-popular passing cage and aside from the professional looking fairground ride, the London Scottish stall appeared to be the busiest at the fair.

A huge thank you has to go to all the volunteers involved in running the stall, with special mentions going to London Scottish Lions, Nick Grecian and Dave Lovell and Tom Moloney from U7s and Kristin Froud for the QR codes.

Aside from the stall itself, the highlight of the afternoon was when our volunteers managed to rope in the Met Police officers at the fair into a tug-of-war! We managed to raise £210 for the PTA of local school St Mary Magdalen and took details of over 66 children who are interested in joining the Club for the new season.

The Mortlake Summer Fair was just the first of many different events that the Club will be attending over the summer. To make the stalls work we need four people on each one hour shift through the day. Currently we are a long way off this.

As it stands, we may have to cancel some events we have planned, which will both cost us money and the chance to recruit new players. There is a SignUp form attached and if any members of the London Scottish family are free to give up even the odd hour or two of their time that would be hugely appreciated.