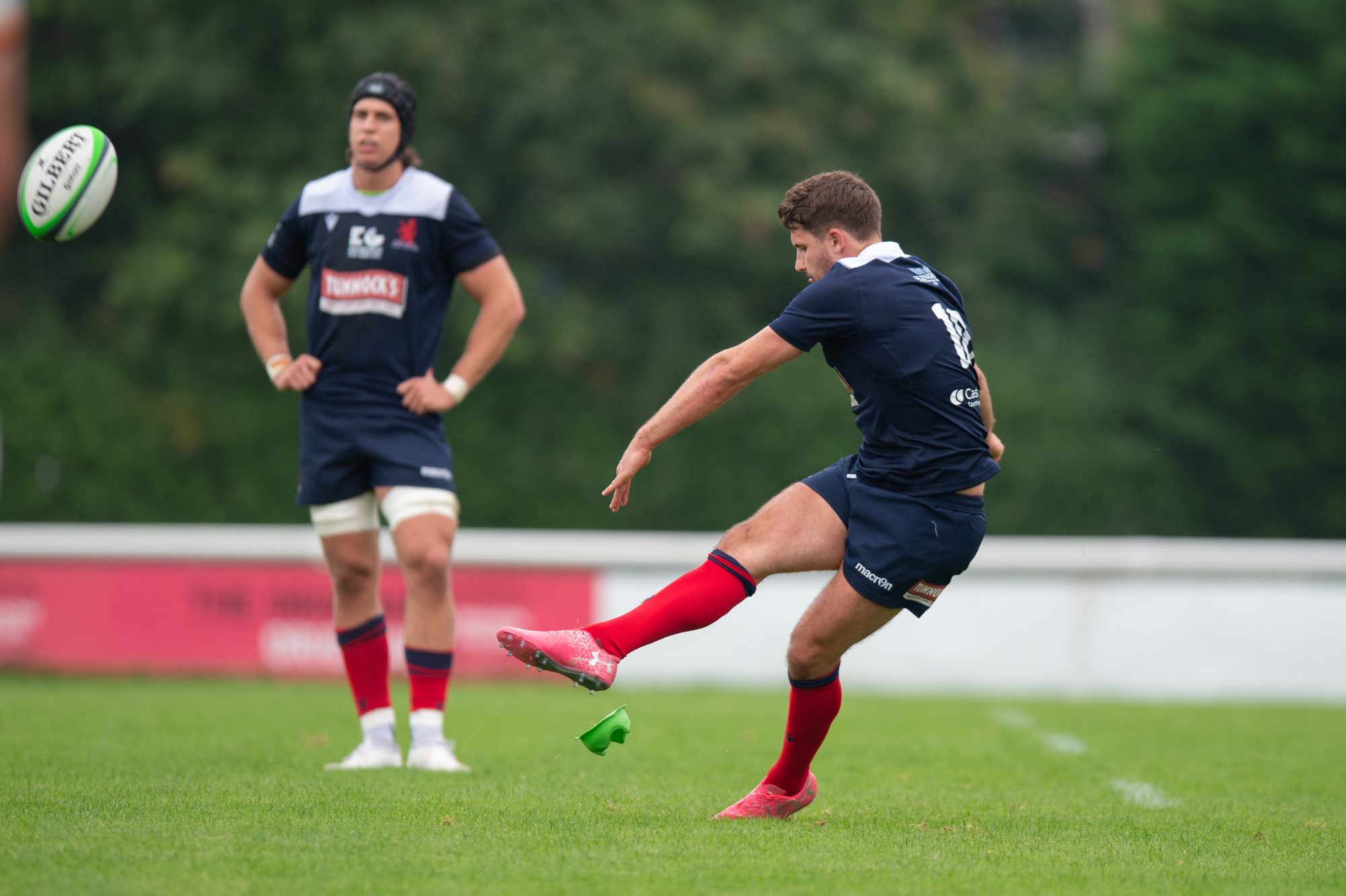 London Scottish were unfortunate to lose a high-scoring and physical encounter against Nottingham, with the Exiles’ last pre-season game finishing 36-25.

Scottish were explosive out of the gate, and were first to score. They displayed clinical attacking rugby to take the lead after just eight minutes. A dominant scrum won the Exiles possession, and textbook fast hands through the backline put winger John Davetanivalu in to score in the left corner. Laurence May was unable to add the two extra points, as Scottish lead 0-5.

Nottingham responded after 17 minutes, and took the lead through Jack Stapley. The winger was put into space following a two-on-one with fullback Luke Hibberd, and scored in the right corner. Fly half Sam Hollingsworth converted the try for a 7-5 lead.

The Archers then built on their lead with two more tries before half time. Scottish defended valiantly after numerous phases of hard hitting drives, but were unable to keep out blindside flanker Carl Kirwan, who drove over from close range to score after 26 minutes.

Following that, Nottingham winger Joe Browning found space along the left side of the Bay, and extended the home side’s lead to 17-5 just after half an hour’s play.

Two missed conversions from Hollingsworth kept the Exiles within touching distance, and they had narrowed the gap to just seven points before half time. Right winger Noah Ferdinand neatly chipped the ball over the defensive line, and then demonstrated explosive pace to dive on the ball to score after a great Will Trenholm break. The two sides departed for half time with the score-line reading 17-10.

Nottingham were first to score after the break, and did so in the first minute of the second half, with the try coming from scrum half Michael Stronge. The conversion was successful, and the Archers led 24-10.

This was followed up three minutes later by Nottingham’s Charlie Thacker. He took a quick tap penalty and ran in from short distance to extend the lead. The windy conditions caused another missed conversion, making the score 29-10.

Five minutes later, Scottish’s flying winger Noah Ferdinand scored his second try of the game, as the gap was narrowed to 29-15. Ferdinand made no mistake to score in the corner, as the Nottingham defence could not keep up with the fast hands of the Exiles backline.

The two sides continued to fight for control of the game, with Nottingham’s replacement prop Toby Williams striking the next blow after 54 minutes. He collected an offloaded lineout at pace, and forced his way over to score. A successful conversion made the score-line 36-15.

Scottish’s belief in themselves never faded, and after five minutes, they were back over Nottingham’s try-line to narrow down the gap yet again. Dan Nutton continued to showcase his versatility as a fly-half, and used tricky footwork along with sheer power to break the defensive line. (36-20).

With 10 minutes left to play, replacement hooker Ben Atkins was first to react to an overthrown Nottingham lineout, and could not be stopped from close range. The dual-registered London Irish player made the score 36-25, with the swirling winds causing a missed conversion.

Scottish were unfortunately unable to stage a late comeback, despite showcasing some fantastic phases of attacking play, and the score finished 36-25.

The 11 try thriller certainly shows promising signs for the start of the season next weekend, as Scottish welcome Jersey Reds to the RAG. If you haven’t got your tickets for this one yet, be sure to grab them here.