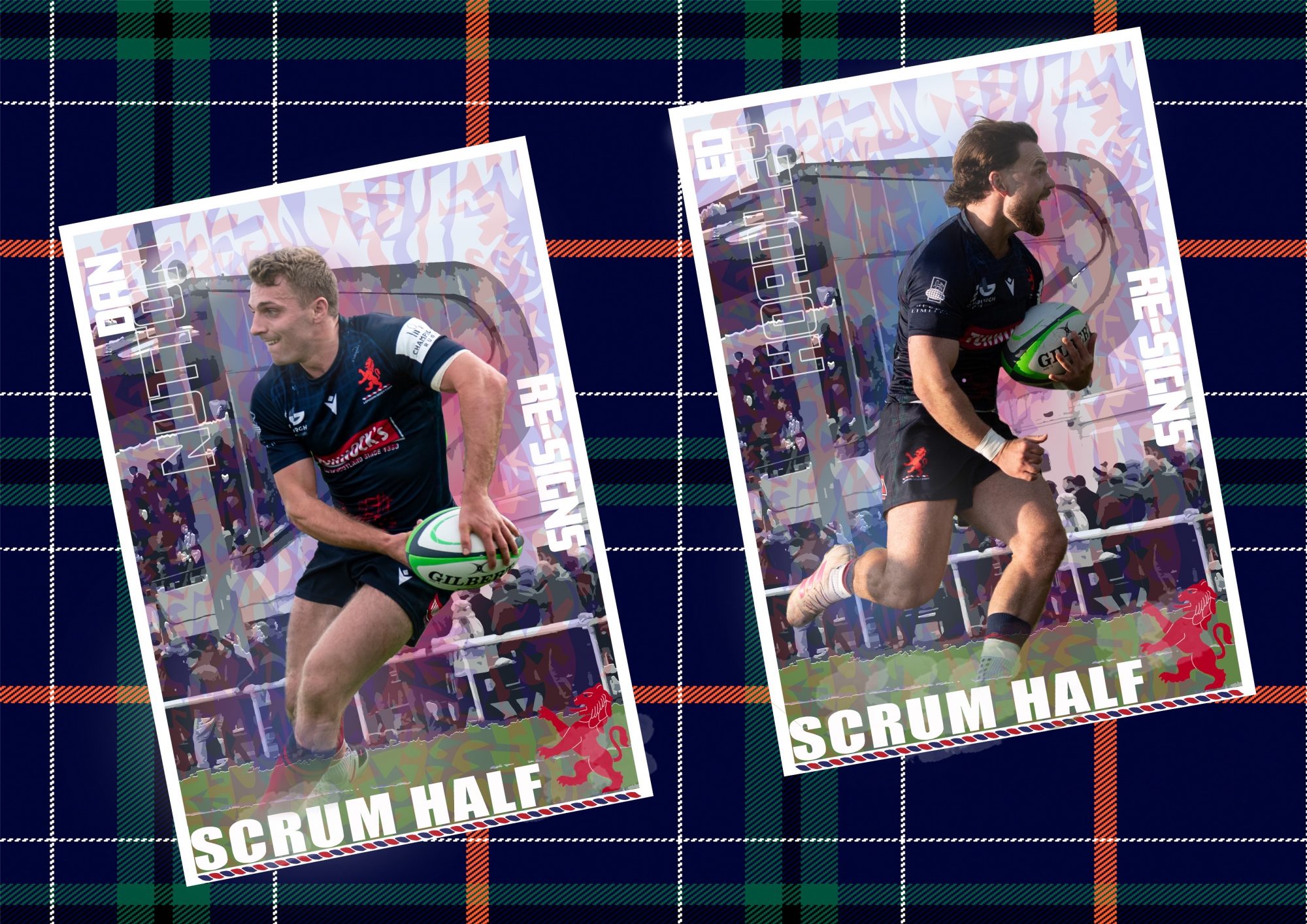 London Scottish are delighted to announce that scrum-halves Dan Nutton and Ed Hoadley have committed to the Exiles for the 2022/23 season.

Nutton came to the Club ahead of last season, having previously been at Edinburgh in the URC. Having come through the Scotland age grades, the versatile halfback is comfortable playing at either 9 or 10.

On re-signing for the Exiles, Nutton said: “As a proud Scotsman, coming to London Scottish always made sense. Last season I was pleased to be given the opportunity of plying my trade at both nine and ten. Although the results last season weren’t good enough, I immensely enjoyed my first season here.

“When it came to re-signing, the Harlequins partnership and having someone like Bryan on board were big factors, but more so to have the opportunity to right a few wrongs from last season. I’m eager to start pre-season with the new squad and build the foundations for a successful year.”

Hoadley is one of the most experienced members of the London Scottish squad, having joined the Club in 2016. He has over 50 appearances for the Exiles and is an incredibly adaptable scrum-half who is able to alter his style of play to fit what the team need.

Speaking about his re-signing, Hoadley said: “I’m pleased to be staying for another season at a club that means so much to me. Me and my family are settled here and very much in the community with my business just down the road in Teddington. Coming into my sixth season at the club there are a lot of very exciting things happening and so I was eager to be involved! The new partnership with Harlequins and getting the chance to work with Bryan and Joe it’s going to be a great, but I’m especially looking forward to helping get the team back up the table to where this club belongs!”

When discussing his two nines, Director of Rugby Bryan Redpath said: “Dan and Ed are two great individuals that I’m pleased to have re-signed for ahead of this year’s campaign. Dan’s experience at Edinburgh and having come through the Scotland age grade system is invaluable to the team. He drives standards among the squad and his versatility to be able to play flyhalf as well is a huge strength.

“Ed is one of the longest serving members of the squad and really understands the importance of London Scottish. He is always a positive influence on the team, even if he isn’t involved in the starting XV and individuals like this are always hard to find. Despite them both competing for the same shirt, they get on well and are always working with each other to improve their individual performances and the team’s.