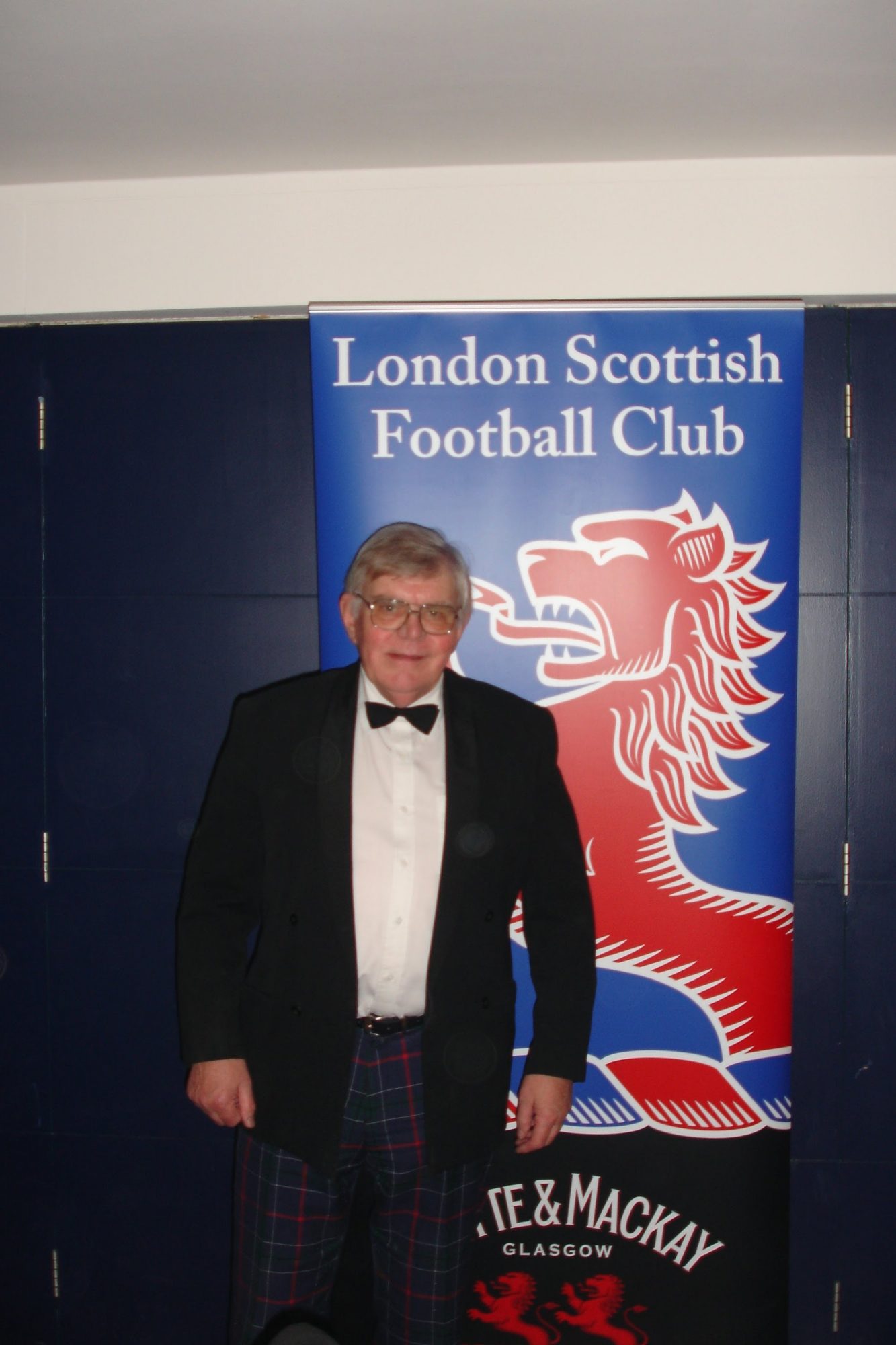 It is with sadness that we have to report the passing of Jack Knox (clubman and referee). Aged 83 Jack passed away on 25 March 2020 in a care home in Hounslow. Jack had been battling spinal cancer since shortly before Christmas and had been in hospital and, latterly, the care home since then. Our sympathies go to his sister – his only remaining relative.

If you played for the club between 1970 and 2010 you would have known Jack. Firstly he refereed many of the junior team home games in the 1970’s and 1980’s. His awarding of penalties for “stupidity” was well known. After the club reformed to play in the lower leagues Jack took up the mantle of Fixtures Secretary. A duty he performed diligently.

Jack did not play for London Scottish but played his rugby for Northern RFC. He arrived in London after his work as a Civil Engineer brought him here. Jack was born and brought up in Sunderland.

Jack was well known for his forthright views (and equally forthright method of delivering them) but was a great companion and a gentleman. Rest in peace Bonny Lad. We will miss you.