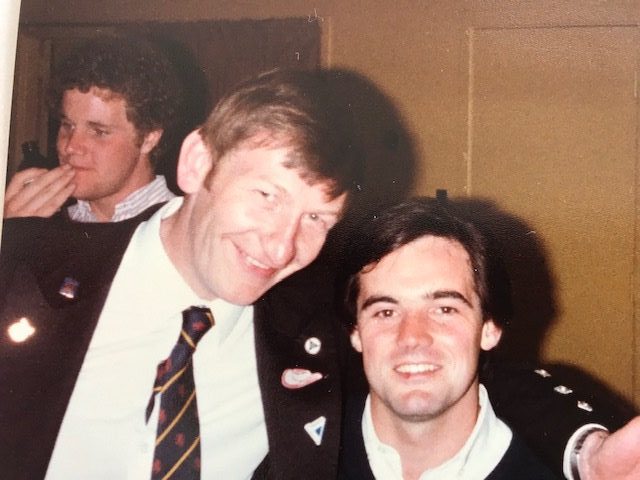 Ronnie played Cowboys and Indians until he discovered rugby at the age of 11. After a career in Borders and Glasgow rugby (both on the pitch and on the streets) he became a London Scot in 1971. On the good Biblical basis that he who humbles himself shall be exalted, he began his LSFC career in the 8th Xv and rose through the ranks to the 1st Xv and a Scotland Trial. On his way back down through the club he called an early halt to his rugby through injury. His wide experience as an Easter tourist both on and off the pitch is vital for his role as manager ( so he can for instance, wake players 15 minutes before kick off). Having married and English girl, he cannot be said to be bigoted.