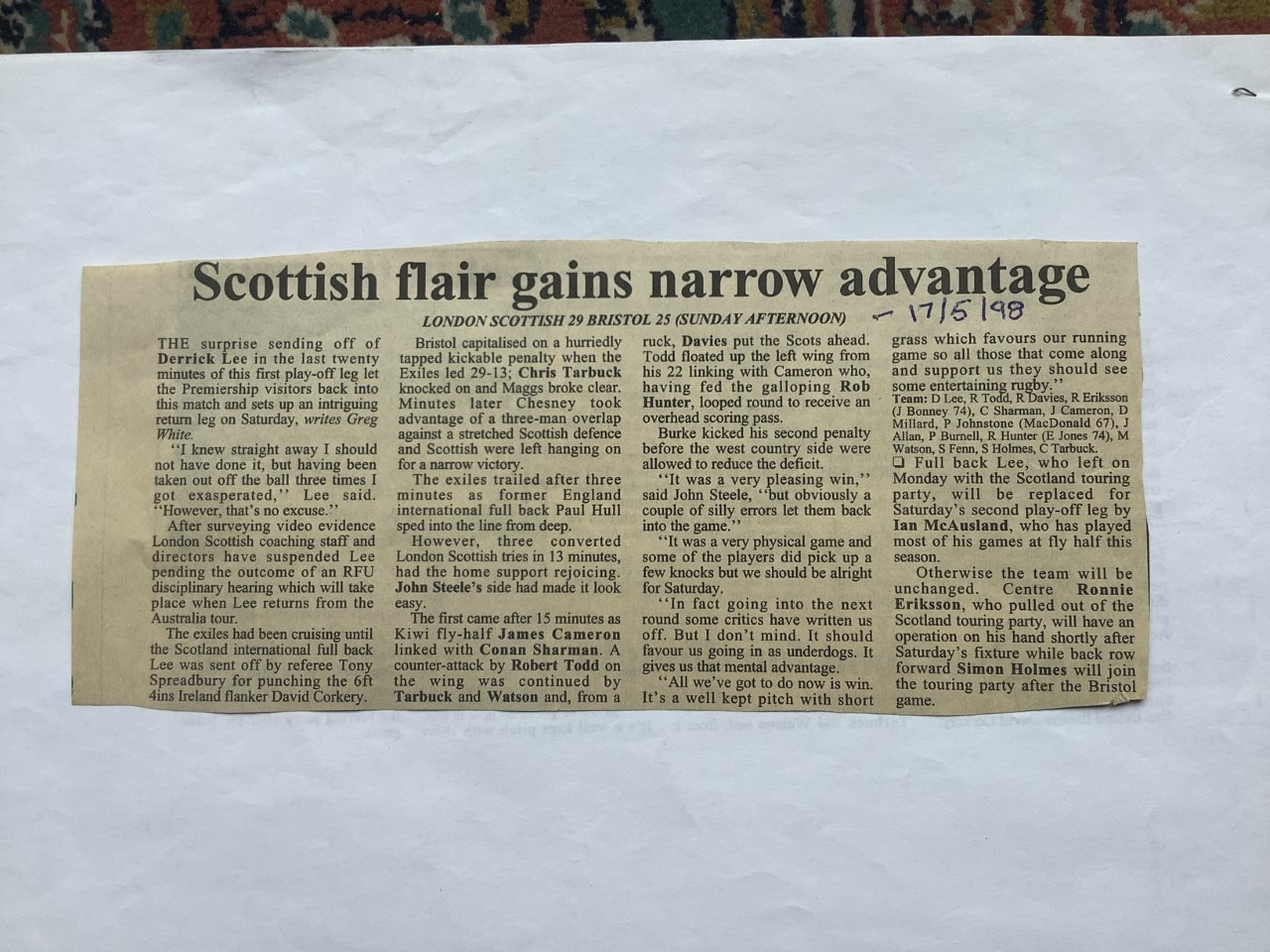 London Scottish, in what was their first season (1997-98) of professional rugby, were pushing for promotion to Division One of the Allied Dunbar Premiership, the equivalent of today’s Gallagher Premiership. When the goal of promotion was in sight at the turn of the year, Scottish were fortunate to secure the services of the ex-Scotland Head Coach, Richie Dixon. This would give the squad added impetus in the season run-in. Richie had just been released by the SRU and replaced by Jim Telfer.

Scottish could have secured automatic promotion had they won some three weeks previously whilst playing away at West Hartlepool (now playing at Level 7 in North 1 East) final league game of the season. However, it wasn’t to be and Scottish hearts were broken, losing narrowly 11-10 to the home side. There was a glimmer of hope, still, as Scottish would now face a two-legged play-off against bottom-placed Division One side, Bristol for the final promotion spot. For the 1998-99 season, Division One was being expanded to 14 teams, Bedford and West Hartlepool already having been promoted.

Whind forward three weeks and the supporters at a packed Richmond Athletic Ground on a gloriously sunny Sunday, were entertained with an enthralling game. Lots of points scored along with a red card for the home side, which could end up costing them dearly.

The starting tight-head prop for Scottish on the day was none other than our current President, Paul Burnell.