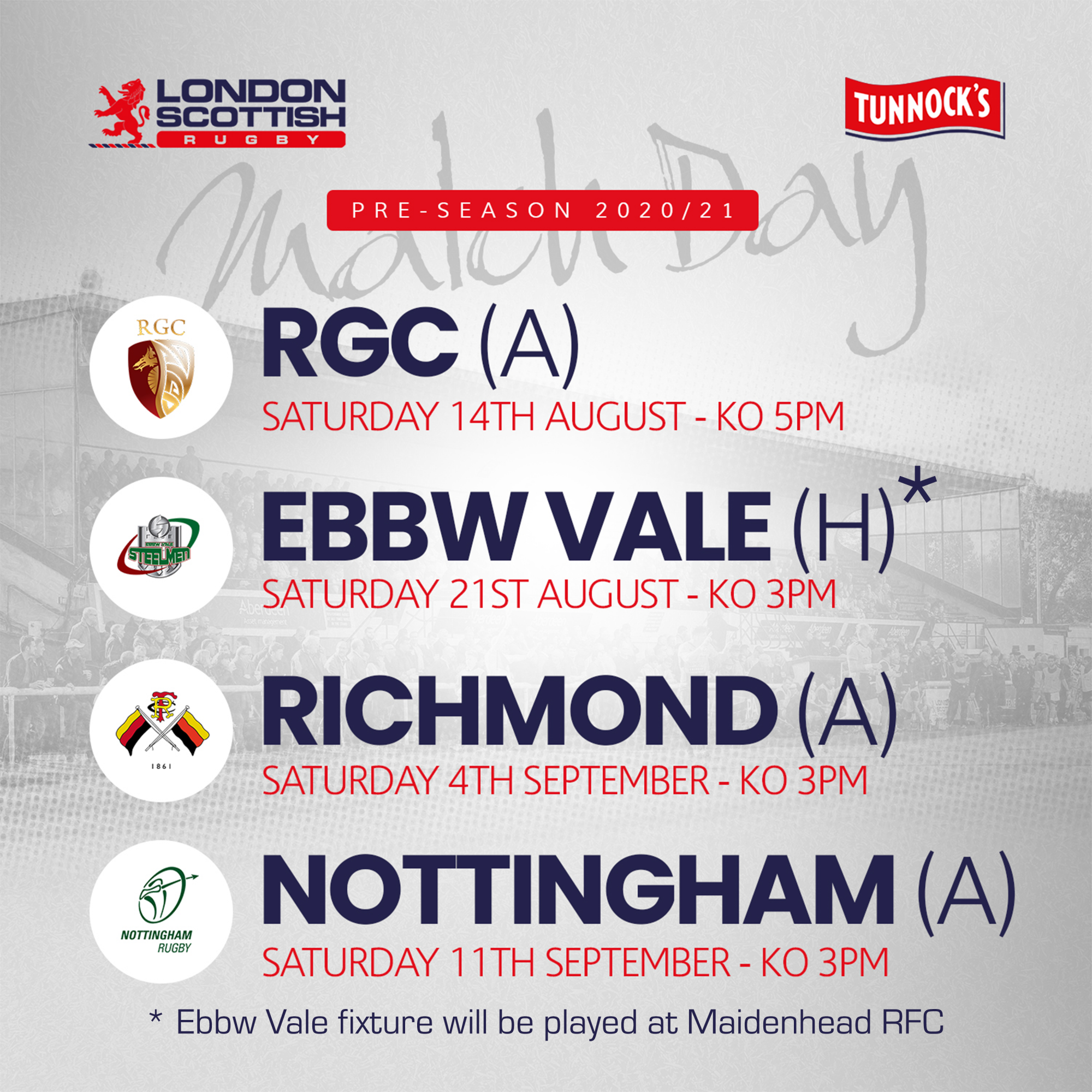 As the new season draws ever nearer, the Club are delighted to confirm four preseason encounters.

Having not played for the best part of 18 months, these four fixtures should give the new squad the chance to get back up to speed before our Championship campaign gets underway on 18th September at home against Jersey Reds.

The first game takes place this weekend as we travel to Colwyn Bay to play RGC. It is the first of two matches against Welsh Premiership sides as the week after we host Ebbw Vale.

Although this is a home game, we’ll be hosting the Steelmen at our training base, Maidenhead RFC. Tickets are available exclusively via Eventbrite and will be priced at £5 each with under 18s getting in for free.

We then go a without a fixture for the bank holiday before returning with an ‘away’ game against Richmond! RAG derbies are the highlight for every London Scottish and Richmond fan so to have an extra one before the season truly gets underway is great news for all involved.

Finally, we travel to Nottingham in mid September for our last full hit out before the league begins the following weekend.

When asked about the preseason games, Director of Rugby Matt Williams said: “With a mainly new squad and not having played a match for the best part of 18 months these four fixtures will provide us with the tests we need ahead of our Championship campaign.

“I’m excited to see how the new players and combinations gel in these opening two matches before we play our Championship rivals Richmond and Nottingham in the two weeks leading up to the start of the season!”