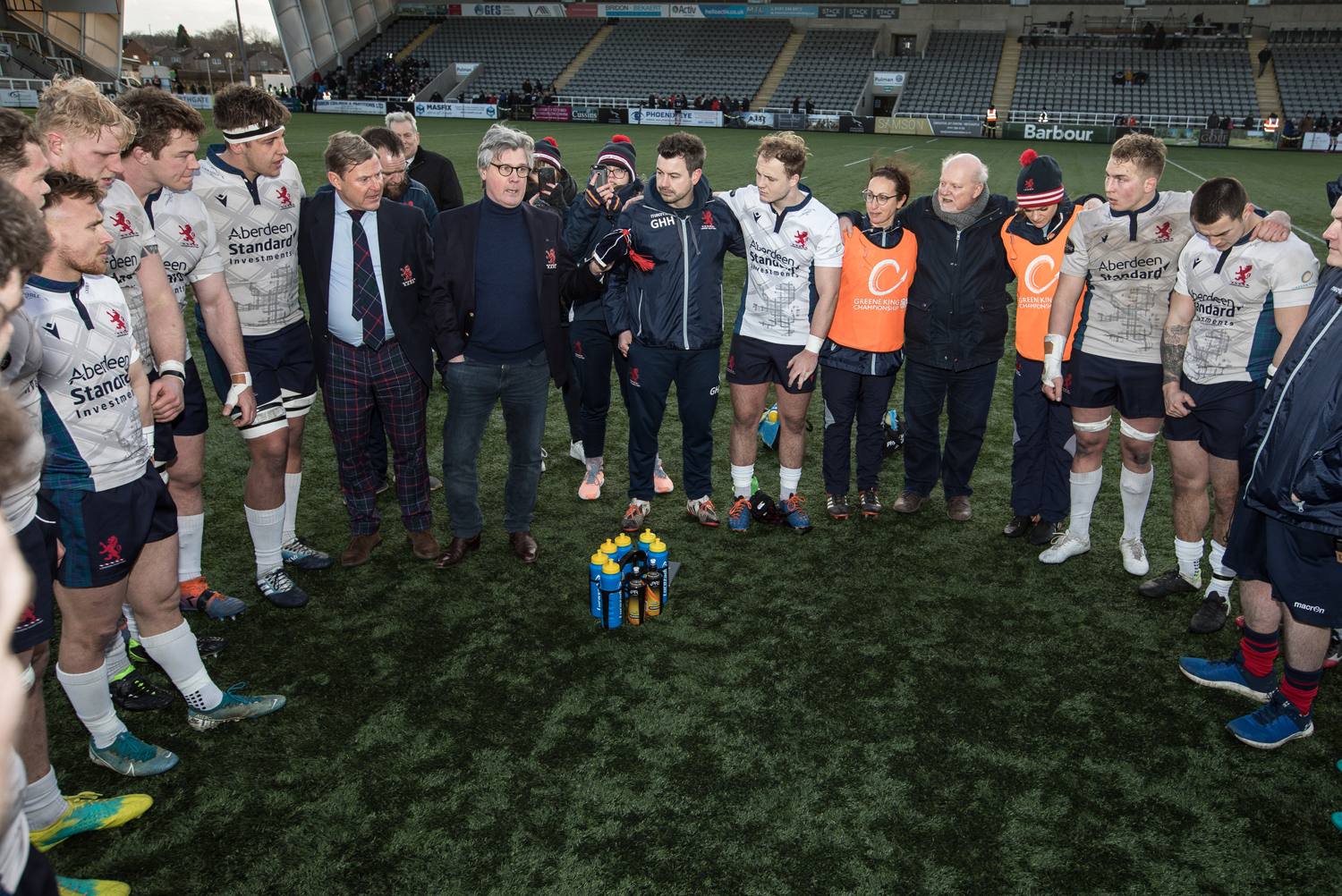 Since the shock decision by the RFU to unilaterally cut funding to the English Championship in half, London Scottish has been working hard to assess how the Club will remain viable and competitive next season. The immediate outcome of this decision will be to move away from running a fully professional, day-training squad of 35 full-time players to a part-time model next season. We know that 6 of the 12 teams in next season’s Championship will pursue that same part-time model; the irony of us having to do this in the same season as we play the millionaires at Saracens is not lost on us! Meantime, the players and coaching staff at the Club have demonstrated huge pride and professionalism by playing outstandingly well in the last two matches against Ampthill and Newcastle despite losing both. There is still plenty of spirit at London Scottish! We are in communication with both the RFU and the SRU as we try to find a landing for next season, and we are determined that our Club will remain both viable and competitive. We are especially grateful for the continued support of our loyal sponsors, investors and members at this unsettling time, and we will communicate further updates as we learn more.