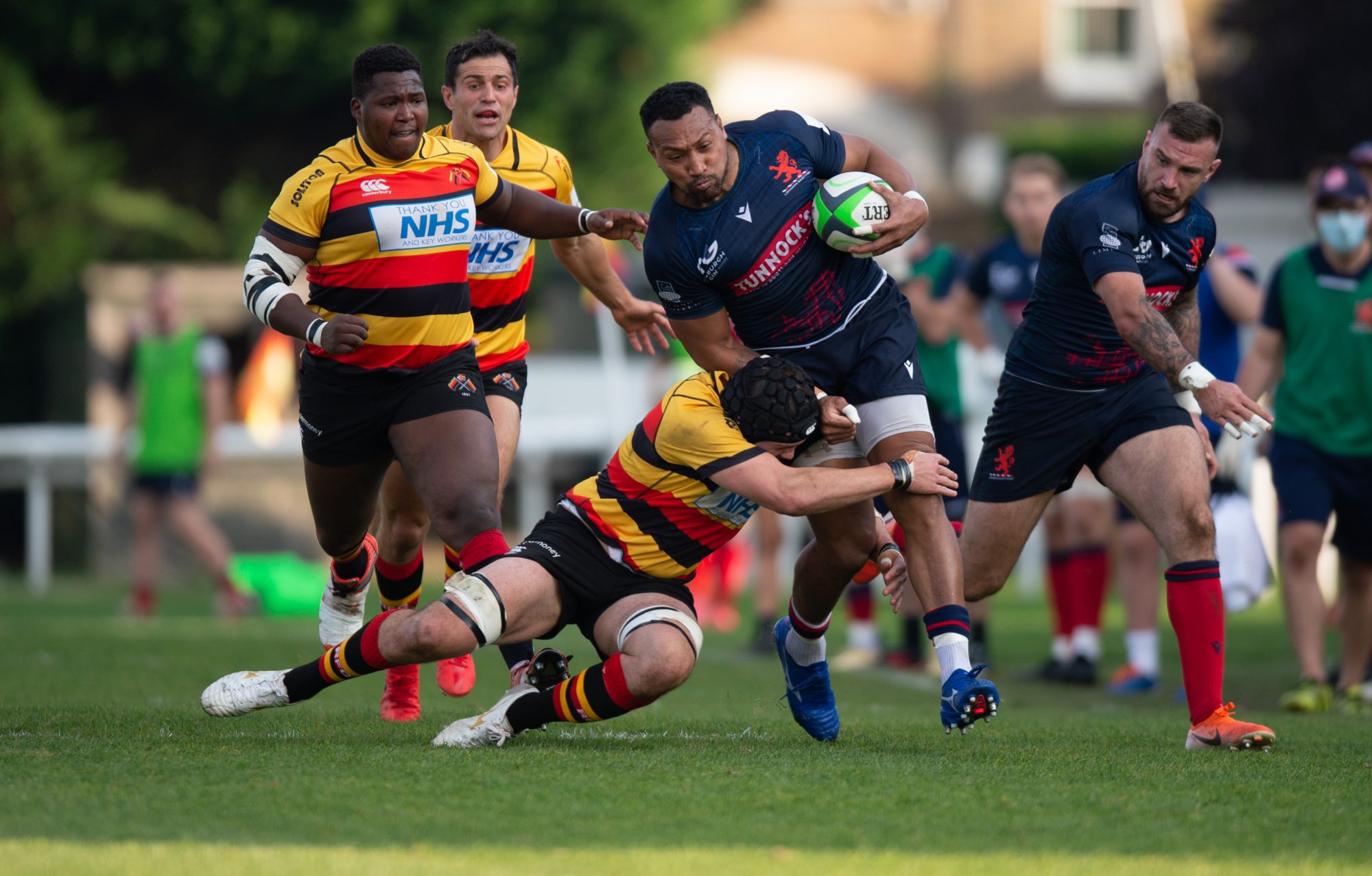 The ground-sharing local derby between London Scottish and Richmond was the main event of this weekend’s RFU Championship. The RAG hosted an incredibly physical encounter, with Richmond the eventual winners, despite the resilient efforts of the Exiles.

With the anticipation building ahead of kick-off, and Captain Brian Tuilangi barking orders throughout the warm-up, the Exiles let Richmond know that they were ready for a fight.

This hard-hitting encounter between Scottish and those in red, black and old gold certainly did not disappoint both sets of ‘home’ supporters. The sunshine provided the perfect conditions for fast-flowing attaching rugby.

The local rivals could not break each-other down throughout a scoreless first 20 minutes, which showcased Scottish’s defensive resilience. Both sides opted to kick their initial penalties to the corner, but the well-matched forward packs countered out any rolling maul attempts early on.

Scottish scored the opener, which led to an eruption of cheers in the RAG’s ‘tartan end’. A powerful scrum forced Richmond behind their own five metre line, which led to opportunistic Scottish scrum-half Ed Hoadley sniping through a gap in the Richmond defensive line. He dived over to score after 24 minutes, and Dan Nutton converted for a 0-7 lead.

Richmond winger Hamish Graham was sent to the sin bin for his shoulder charge tackle on Scottish’s Rory Hughes. Arguably a red-card offence according to the Scottish faithful, and Hughes showed great willpower to soldier on through the game.

Richmond took the lead after 35 minutes. Winger Will Homer intercepted a pass and ran from his own 22 to cross the opposite try-line. A try that was very much against the run of play.

The Exiles re-gathered their lead, in the final play of the first half. A seriously impressive display of fast-paced attack caught Richmond off-guard. Scottish were stopped just short of the try line, but could not contain Prop Joe Rees, who picked and drove over to score. Sharp shooting from Nutton led to a 10-14 half-time score.

The interval proved to be a key turning point and as second half commenced, Richmond struck first after just five minutes. Homer scored his second of the match, after claiming a cross-field kick in the corner. Kane missed from the tee, leaving the score 15-14.

Kane re-found his kicking boots, and extended Richmond’s lead to 18-14 after a 50th minute penalty. This was followed up six minutes later, as former Exile Mark Bright crossed the line to ground a rolling maul. (Kane missed conversion: 23-14)

Richmond then scored through hooker Jack Musk two minutes after the re-start. It was a very well-worked team effort by Richmond, and frustratingly, a contender for try of the season. Kane found the mark from the tee, for a 30-14 lead.

Just as Scottish looked down and out, second-row George Hammond intercepted on the halfway line. He utilised his power to shake off the tackle attempts of the Richmond defenders, along with outstanding pace to score a break-away try along the right wing. Great pace from the big man. Nutton calmly converted from out wide, he kicked very well today, and stood out as a talisman in the 10 shirt. (30-21).

Richmond’s full-back then responded with two unanswered penalties. Kane kicked penalties on the 67 and 70 minute marks to make the score 36-21.

And it was Mark Bright who had the final say of the day, against his former club. He grounded his second try in similar style to his first, after a short pick and drive across the line at the RAG. Kane converted with the last kick of the game, with the score reading 43-21.

Overall, Scottish fought valiantly, and every player who wore the tartan-blue jersey showed great pride to be a part of this historic derby match.  It was just a case of basic errors at key points in the encounter that saw Richmond run away with the result.