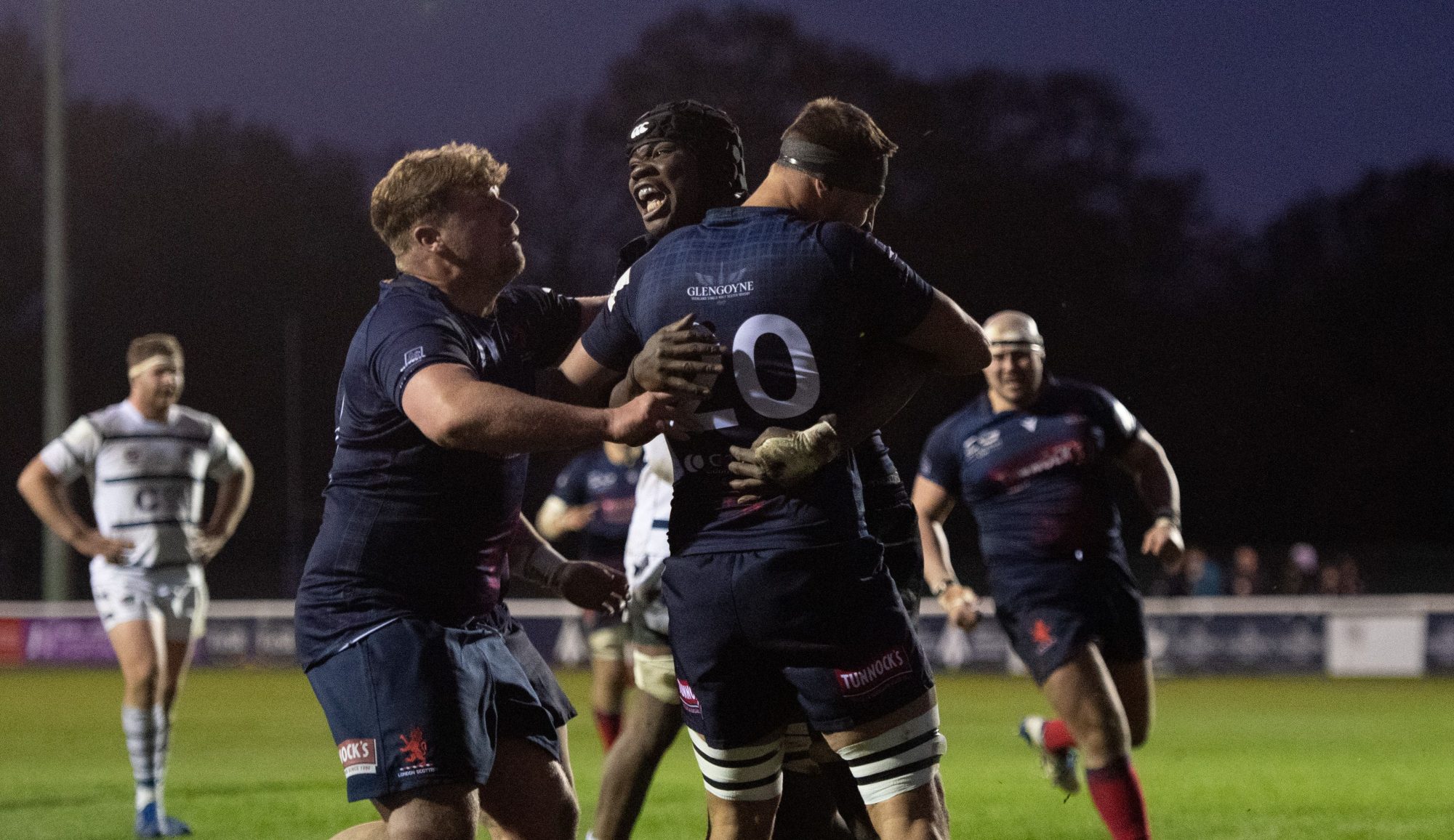 London Scottish have successfully secured their first win in the RFU Championship this season. The Exiles achieved this in emphatic style, with the final score reading a resounding 36-23 against Coventry. Five tries ensured a bonus point, and with all the try scorers playing in the pack, The strength of the Scottish forwards was certainly highlighted today.

Due to the swirling winds that blew around the Athletic Ground, numerous handling errors disrupted the flow of the first half. The deadlock remained for the opening 22 minutes of the game, before Coventry’s fly-half Evan Mitchell took advantage of the powerful winds. He slotted a penalty for a three point away lead.

Scottish responded sharply, and flanker Brian Tuilangi got the Exiles onto the scoreboard after 28 minutes. Tuilagi was teed up excellently onto a crash ball, and he exploded through the Coventry defence. He shrugged off a couple of tackle attempts, and dived over score. Despite kicking into the chilling gales, Harry Sheppard was able to convert from distance for a 7-3 lead.

The remaining points of the first half again came from the boot of Mitchell. His penalty after 32 minutes brought the midlanders back into a one-point game, as the sides left for half time at 7-6.

Despite the freezing conditions, the second half display was a hotly contested encounter. Having jostled for possession in the first half, the second 40 minutes featured fast-flowing, and hard hitting attacking phases. The neutral fans that were re-directed to Richmond, after the Barbarians match was cancelled, enjoyed an electric second half of action.

The second half saw Coventry score first. Centre Will Owen carried effectively into contact, and offloaded to Louis Brown. The full-back’s pace could not be contained, as he ran in to score from Scottish’s 22m line. This try came seven minutes after the re-start, and replacement fly-half Tony Fenner successfully converted for a 7-13 lead.

From then it was time for Scottish to take centre stage, with three unanswered tries in quick succession. A strong rolling maul saw the Exiles go close before then recycling and eventually crashing over after 54 minutes. Harry Sheppard’s conversion struck the post, and the Exiles trailed by just one point (12-13).

Baldwin was then replaced by Matas Jurevicius, before Ehize Ehizode, awarded Player of the Match, secured the lead. On the hour mark, Ehizode’s perfectly timed run saw him break through a gap in Coventry’s defence, and he then showcased great agility to evade a tackler, and put the Exiles in front.

Just five minutes later, Jurevicius made his mark on the game, with a try in similar style to his second-row partner. The replacement effectively found a gap, and broke a tackle to score a memorable try. Sheppard’s accurate conversions for both tries extended the lead to 26-13, after 65 minutes.

Coventry re-started the match, and quickly regathered possession. A lapse in concentration saw Coventry’s replacement scrum half Josh Barton collect the ball, and make a break along the right wing. Barton was able to run in to score, and Fenner missed the following conversion for Coventry (28-18).

Scottish and Coventry then traded blows for the final ten minutes, with a try for either side. Scottish’s replacement back rower Cameron King found a soft shoulder while picking and going. He found the try-line and extended the lead, with Sheppard adding the extras to make the score 33-18.  Rob Knox’s try returned fire from the Coventry camp, but time ultimately favoured the Exiles, who held out for the victory.

Sheppard’s  80th minute penalty was the final say on the pitch, as he sent the ball sailing into the night sky. Scottish certainly deserved every point that they scored in this game, as they out-shone Coventry on the day.

This win had definitely been coming for the Exiles. Positive displays against Cornish Pirates, and a second half fight-back against Nottingham, highlights how far this squad has come.

Scottish’s Attack Coach Ricky Khan praised Ehizode on his performance: “The whole squad this week have trained magnificently, Ehize held his hand up for selection, so he got his opportunity. He took it with both hands, I thought he was outstanding, and well deserving of his player of the match today.”