Scottish come up just short despite second half comeback 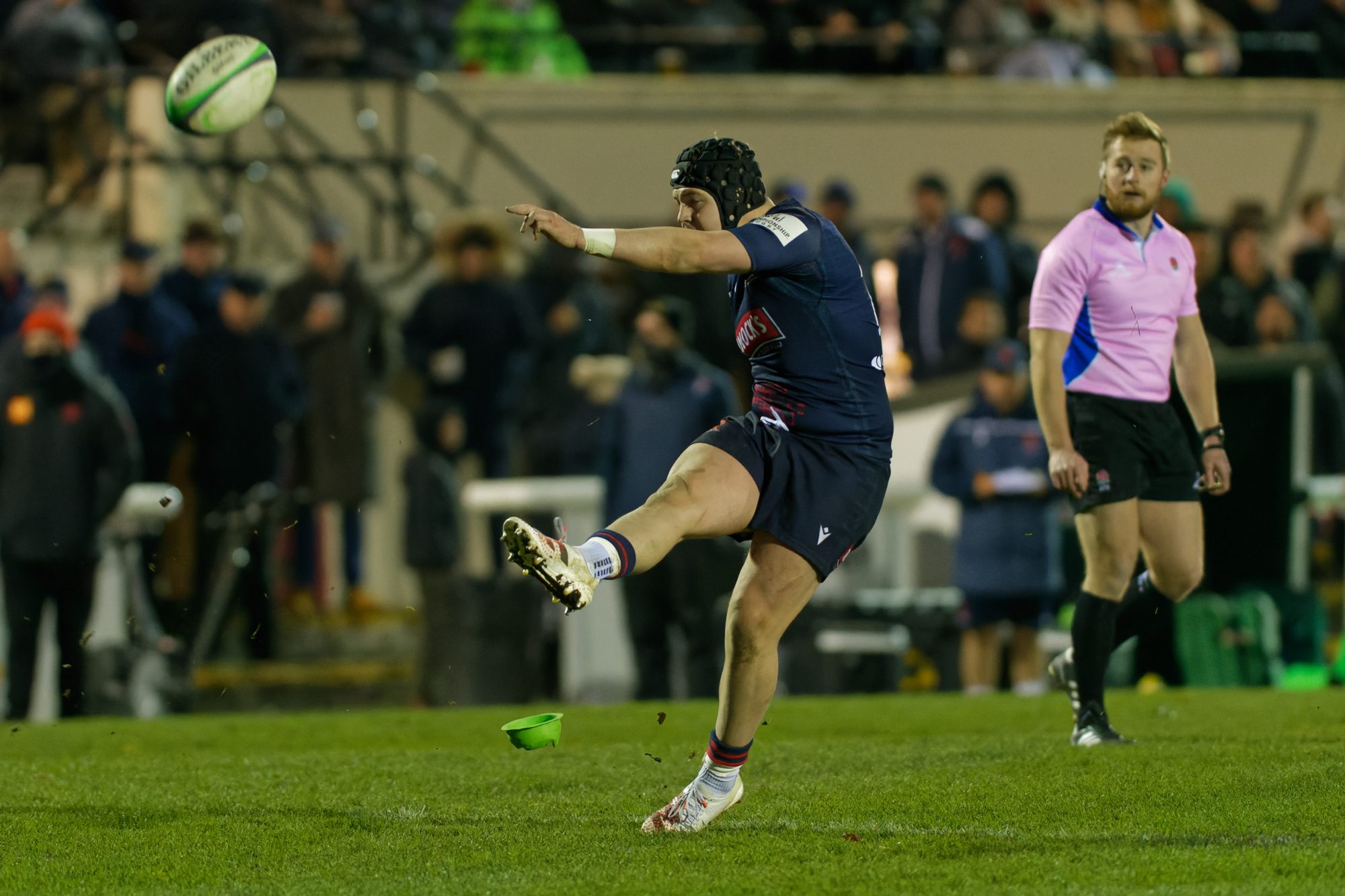 The Exiles managed to fightback from 19-0 down to almost snatch a thrilling encounter at Goldington Road.

The game started as a scrappy affair, with the referee’s whistle dominating the airways for most of the opening quarter.

On the 20th minute the deadlock was broken, as Matt Worley found room down the right wing and bundled over.

Harry Sheppard was then shown a harsh yellow card for a tip tackle before hooker Jack Hughes dived in at the corner. It was a score that would have undoubtably been checked by the TMO if the Championship had one. Noah Ferdinand did as well as he could, but the home crowd had their way as it was awarded.

Worley got his second just minutes later after a cross field kick from Will Maisey.

Just as it looked as if we were going to go in at halftime scoreless, Javiah Pohe bundled over with the clock in the red, following on from a strong rolling maul. Half time: Bedford Blues 19-7 London Scottish

The second 40 begun in very similar fashion to the first, with both sides playing well, but making errors. The rain that was now falling did help our game while stifling their’s.

As the clock approached 60 minutes, our set piece started to come to the fore. A penalty 5m out saw us opt for a scrum, which our front row delivered on as we were awarded a penalty try.

Now 5m out, we opted for another scrum with Cam King crashing over from the back of it. Agonisingly, Sheppard’s conversion sailed wide and the scores were then level with 10 to play.

As the time ticked down, both sides became nervy. Bedford won repeated penalties which saw another Scottish sin bin before they then managed to crash over from a 12 man rolling maul.

With the time up, we were camped on the Bedford try line, looking for the final way through. The boys were inches away, but eventually we were judged to having gone off our feet and Bedford sealed the win.