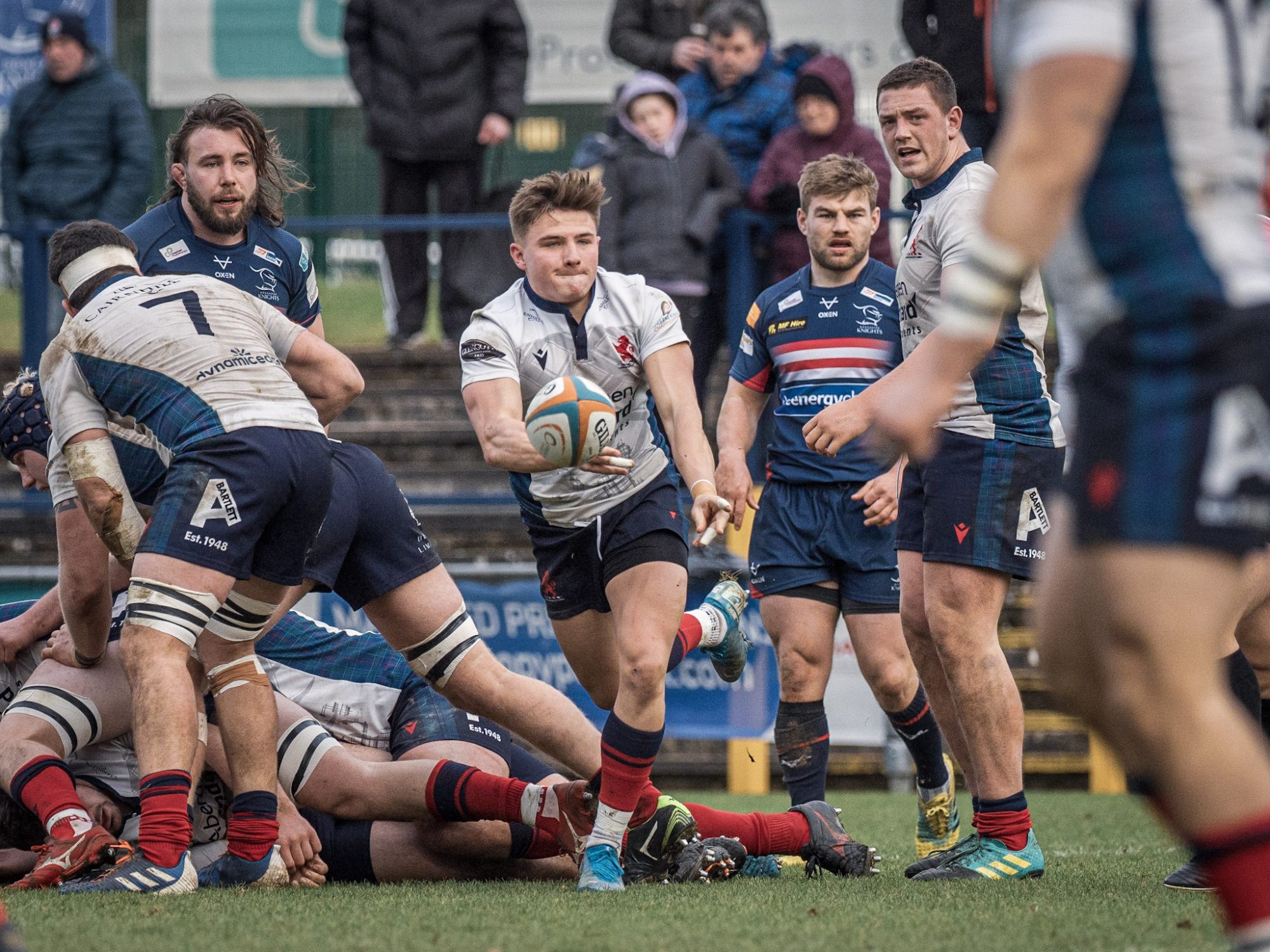 London Scottish suffered their fourth straight loss at the hands of Doncaster Knights 15-13 in a tight encounter at Castle Park on Saturday.

Luke Frost and captain Lewis Wynne both went over to score. Harry Sheppard landed a penalty.

Playing in their away kit, the Exiles kicked off proceedings through the boot of Sheppard and played from right to left in the first half.

Four minutes in the Knights were penalised for a side entry at a maul five metres out from their own try line. Frost gathered the ball at the line out and the Scots set up the rolling maul, which was brought down just short of the try line. Frost had to search for the ball at the bottom of the ruck to gather and score in the corner. Sheppard converted; Doncaster Knights 0-5 London Scottish.

The Scots were forced to make an early replacement when Bobby Beattie departed for an HIA assessment. Will Magie came on for the remainder of the game.

With half the first half gone, Doncaster’s forwards went through the phases camped on the Scottish try line in front of the posts, until Quigley eventually went over to bring the score level. Olver’s conversion handed the home side the lead; Doncaster Knights 7-5 London Scottish.

Doncaster went down to fourteen men when try scorer Lokotui was shown yellow for being offside five metres out from his side’s try line. Scottish capitalised on the man advantage, captain Wynne going over to score off the back of a rolling maul set up five metres out. Sheppard missed the conversion. The score at half time, Doncaster Knights 12-10 London Scottish.

The second half saw both sides squander an equal amount of opportunities, and put each-other’s defence to the test.

Ten minutes into the second half Scottish took the lead through the boot of Sheppard after Doncaster were penalised for being offside fifteen metres out from their try line. Doncaster 12-13 London Scottish.

It all came down to the remaining two minutes of the game. Scottish gave away a penalty for being off their feet at a ruck 22 metres out right in front of the posts. With the wind behind him Olver landed the penalty to claim a late win for the home side and inflict yet another last minute loss for the Exiles. The final score Doncaster Knights 15-13 London Scottish.

The defeat, and results elsewhere, sees the Scots drop to 11th in the Greene King Championship table, having only picked up three wins this season.

For the match preview with Miles Wakeling click HERE.

On Friday Scottish return home for their final match under the lights against Nottingham.