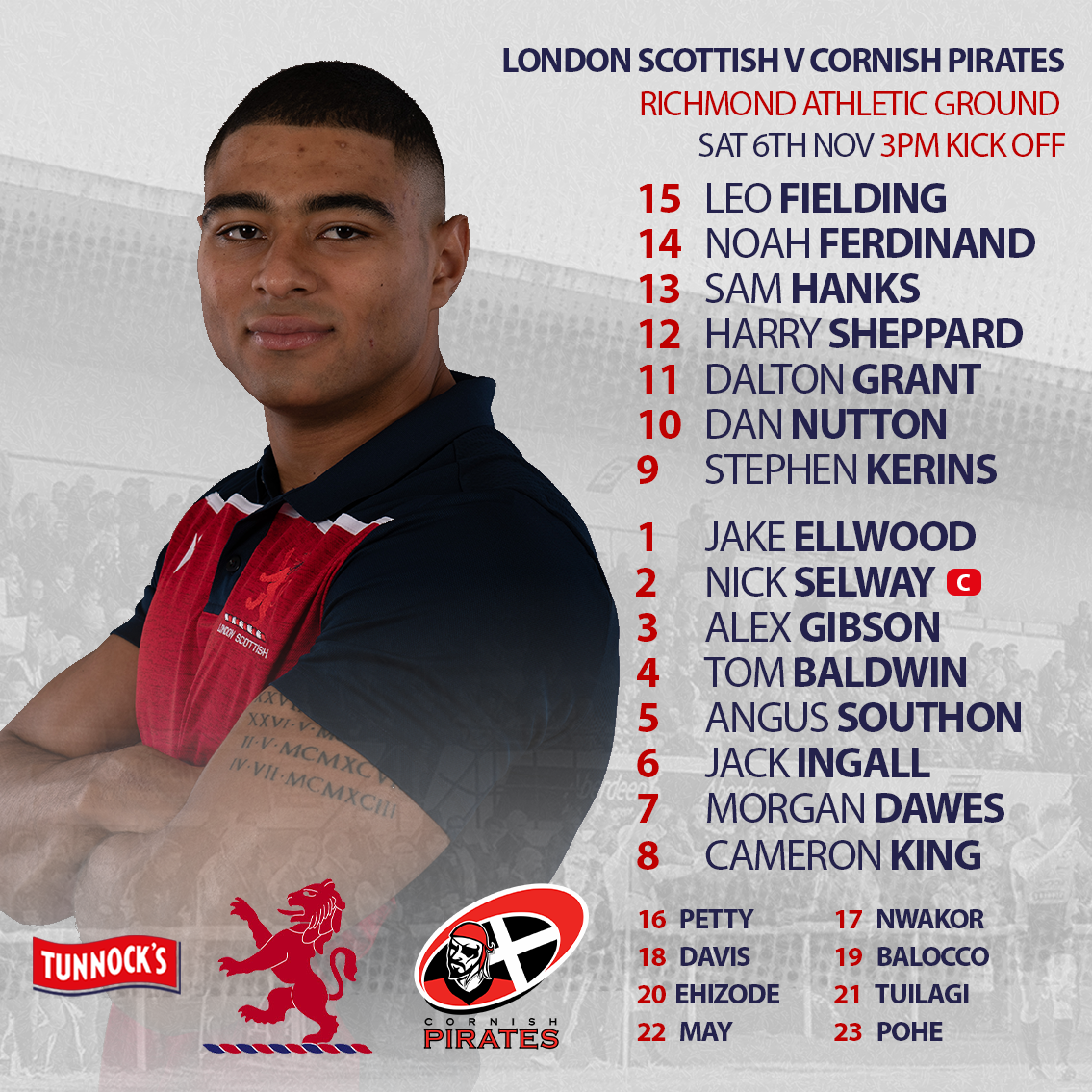 Director of Rugby Matt Williams has been bolstered by some players returning from injury this week as he names a strong side as Cornish Pirates visit the RAG.

Up front, Jake Ellwood and Nick Selway are joined by Alex Gibson at tighthead as we look to continue our scrum dominance.

In the row, Tom Baldwin continues while Angus Southon comes into the team for his debut.

The back row remains unchanged with Morgan Dawes and Cameron King both making their full home debuts.

At halfback, Dan Nutton shifts back to flyhalf while Ealing loanee Stephen Kerins will make his debut at scrumhalf.

In the centres, Harry Sheppard returns from injury to start at 12, with Sam Hanks shifting to 13.

Out wide, Leo Fielding returns at fullback with Noah Ferdinand and Dalton Grant on either wing.

Among the finishers, another Trailfinders loanee George Davis could make his debut should he be brought on.

If you haven’t got your ticket for the game already, click here.