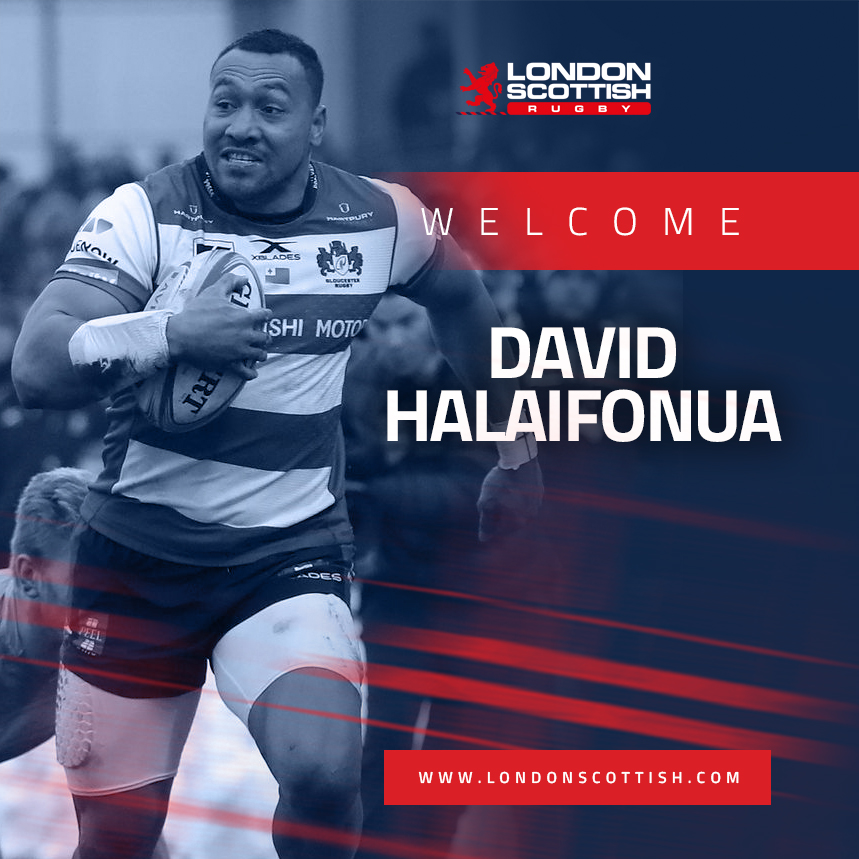 We’re delighted to announce the signing of Tongan International winger David Halaifonua for the 2020/21 season.

The 6ft 2’’, 104kg back joins us from fellow Championship side Coventry Rugby where he has been since 2018.

The powerful Pacific Islander made his international debut during the 2009 IRB Pacific Nations Cup against Fiji and went on to play in the 2015 and 2019 Rugby World Cups.

Capped 33 times for his country, Halaifonua is best known for his time at Gloucester Rugby between 2014-2018 where he was one of the Premiership’s stand out players, famed for his bone breaking defence.

Whilst playing for the Cherry & Whites the versatile back made 44 appearances and scored 55 points.

Director of Rugby Matt Williams commented: “David will add a real confrontational edge to our backline. He is an absolute banger in defence but will equally give us another strong go forward option ball in hand. His versatility also excites me.”

The 32-year-old ended his four-season stint at Kingsholm with the culmination of the 2017/18 season and moved to Butts Park arena to join forces with Coventry; who had just been promoted into the Championship.

On joining the Scots, Halaifonua said: “I’m looking forward to playing for London Scottish. It’s a club with a very proud history and I want to do my very best for the team and the supporters.

“I really enjoy a local derby and the team have quite a few, so for those kinds of matches you are always working extra hard to get into the starting XV. I’m looking forward to meeting the rest of my teammates and being able to work with a great group of coaches, and Director of Rugby Matt Williams.”

Away from the rugby field the thunderous back spends time with his family and also fishing. During lockdown his training partners have been his kids and he’s enjoyed going on park runs.

Matt Williams added: “I want a big, physical, robust team that will never take a backward step, particularly as we are part-time facing so many full-time teams. With the signings and retentions already announced, and some more to come, I’m confident we will deliver on this objective!”