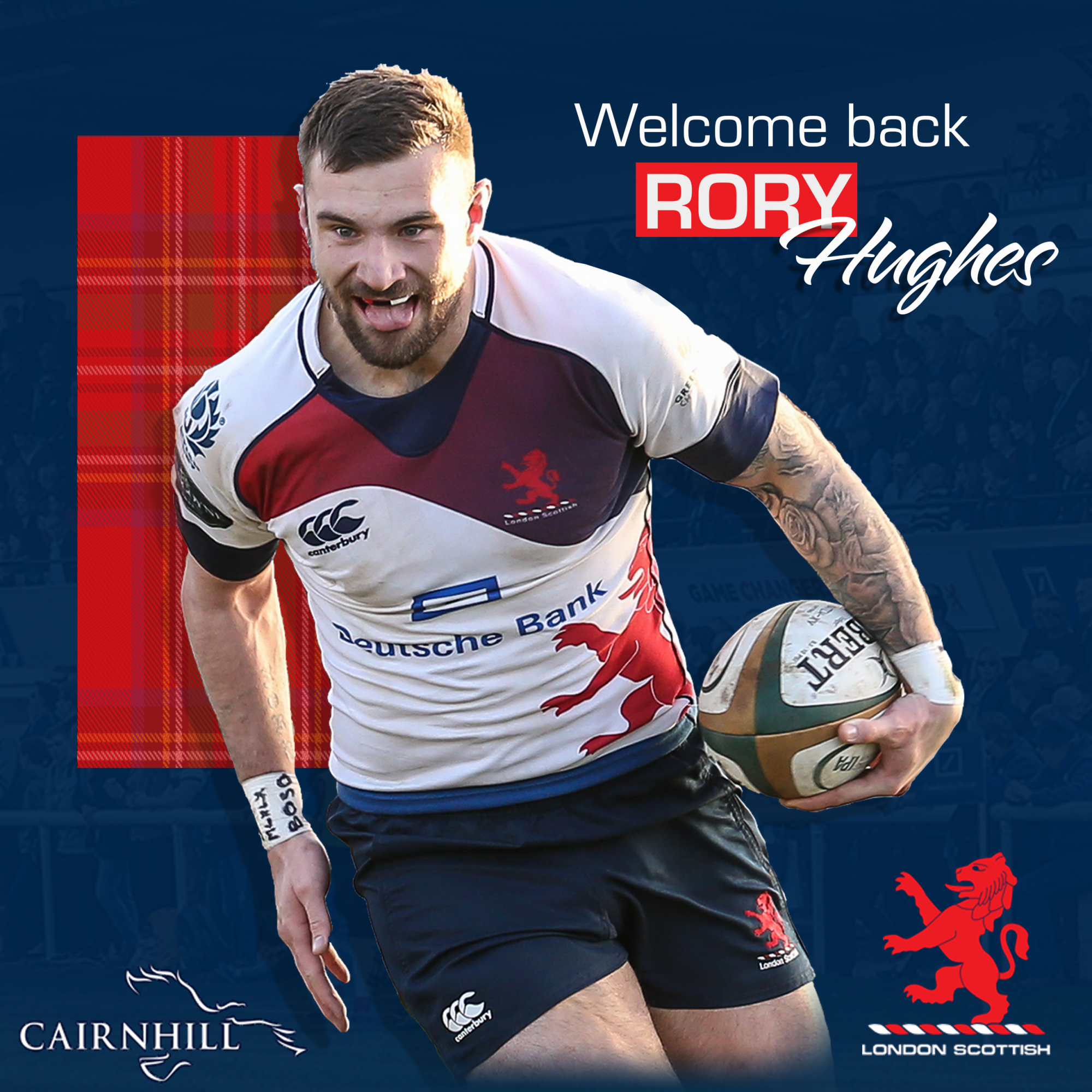 London Scottish are delighted to announce the signing of Scotland International Rory Hughes ahead of the 2021/22 Championship season.

Capped four times for his country between 2015 and 2017, Hughes is best known for starting in Scotland’s famous 24-19 win over Australia in Sydney in 2017. The strong ball carrier spent seven years at Glasgow Warriors, where he scored 21 tries during his 74 appearances while at Scotstoun.

The versatile back, who is at home in the centres, wing or at full back also spent time with the Scotland 7s setup and had a successful loan last year at Leicester Tigers.

In joining London Scottish, Hughes has had to transition from playing full time rugby to part time, but has adjusted well with the help of the Club and our sponsors Cairnhill Structures.

Rory Hughes said;  “London Scottish is a great Club with great supporters, and I am excited to be joining them as they return to Championship action. After many years at Glasgow, I was ready for a new challenge and having spoken to Matt and some of the other coaches, I knew this was the right place for me!

“There’s a really exciting squad this season and although we’re ten games behind everyone else, we’re already making up for this in training.

“Having played here briefly before, I know that London Scottish is more than your average Club. They’ve already helped me secure a job and I can’t wait to be back out playing in front of those loud Scottish cheers.”

As well as his international, Premiership and Pro 14 accolades, London Scottish members and supporters may recognise Rory from the loan spell he had at the club during the 2015/16 season. Despite being only being just 23 at the time, Rory scored five tries in four appearances so everyone at London Scottish is hoping he’ll replicate this form now he’s back at the RAG.

Director of Rugby Matt Williams said, “To have a player of Rory’s quality is a huge asset to our squad. His international pedigree will not only help the side on the pitch, but will allow Rory to pass on some of his experience to our exciting younger players.”