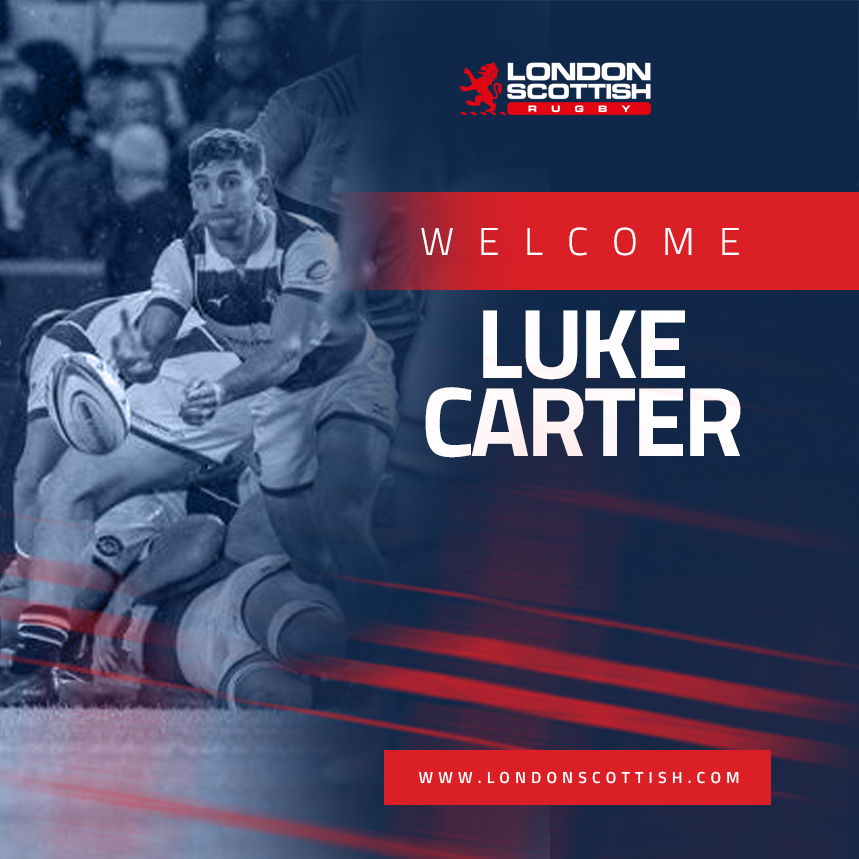 We are delighted to announce our second signing for the 2020/21 season, scrum-half Luke Carter.

The experienced back joins the Exiles from Championship rivals Hartpury, where he was captain last season for the Gloucestershire based side.

Berfore that he spent three seasons at a club just up the road from us, Ealing Trailfinders. He made 58 starts in the baggy green and white jersey. However, a knee injury picked up against Cornish Pirates in September 2018 ruled him out for the vast majority of the 2018/19 season.

Carter graduated from the University of Bath in 2012 with a degree in Sports Performance. Alongside his studies he was also playing for now National 1 side Cinderford. The back has also previously played for Henley Hawks, Rosslyn Park and Rotherham Titans.

Originally from Berkshire, he spends his time away from the rugby field working in administration for a cleaning company which is based in central London.

On joining Scottish and working with the new look coaching team, Carter said: “I’m really looking forward to being back around London and playing alongside players that I have been teammates with in the past.

“Stevie’s coaching CV is very impressive, so it should be exicting working with him. He’ll definitely put us through our paces, but I’m looking forward to that. Matt seems to have a clear idea of how he wants the Club to play and the players he wants to get in. It seems like he’s pushing it all in the right direction. The way he wants the side to play sounds ideal to me. There’s just a lot of things that tick my boxes.”

You will be surprised to find that Luke’s real name is actully Charles. However, growing up everyone called him by his middle name, Luke.

Two challenges that this side stepping scrum-half can’t wait to take on are playing our closest rivals Ricmond and also coming up against teams such as Saracens: “I’ve always enjoyed taking on Ricmond whilst I was playing for Ealing. It’s always been a good contest, but now it’s got that extra bit of spice to it, sharing a ground and all.

“It’s always great to test yourself against the teams that come down from the Premiership. I’ve been lucky enough to face the likes of London Irish, Bristol and Newcastle.”

When not playing rugby you can find the speedy scrum-half either playing golf, tennis or walking his dog.

Matt Williams commented: “Following on from Toby Freeman, Luke is another quality addition to the Club this season. He’s a player I’ve admired for a long time and had it not been for injury, he would have been playing in the Premiership by now. Luke is a natural leader on the pitch and has a real hunger to win!”