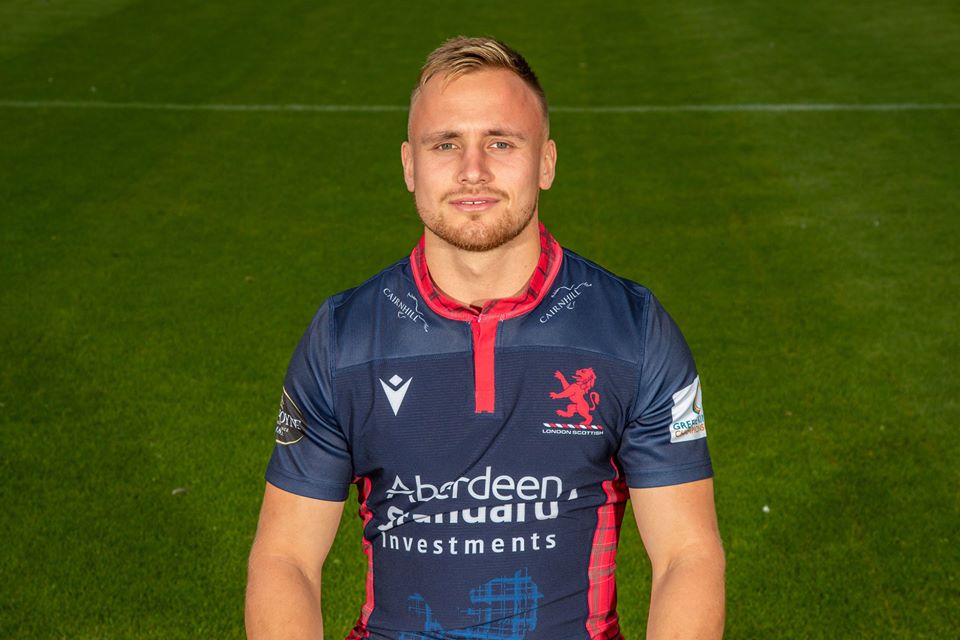 Dual-registered scrum-half Sam Stuart is confident London Scottish can turn things around next week and inflict swift revenge on Pontypridd at home.

The 14-men of Scottish held out for a losing bonus point in their Pool Two B&I Cup clash at Sardis Road this afternoon after Neil Best was sent off for a tip tackle on 28 minutes.

Stuart was making his first competitive start for Scottish during the 27-20 defeat having broken his jaw playing for parent club Harlequins in an A-League match earlier this season.

The 22-year-old said: “I thought the boys put in a lot of work and we were quite unlucky not to come away with a positive result.

“But it gives us a good platform for next week.

“In a strange way, when you go down to 14 men, the work rate from everyone else goes up and that was proved today.

“The boys rallied and competed really well and next week, at home, with 15 players on the pitch, I think we can win the game.”

Stuart’s career has been blighted by injury since leaving school but now he hopes to remain injury free for the rest of this season and secure more game time at London Scottish.

The former England under-20 scrum-half added: “I’ve had a couple of bad knee injuries since school and even though I broke my jaw nine weeks ago I was just glad it wasn’t my knee to be honest.

“I came down on Thursday to London Scottish so it was a quick turnaround.

“It was good to get out there and get a feel for things.

“I made a couple of mistakes today and would give myself six out of ten.

“There is room for improvement and hopefully I can be involved a lot more this season.”

Tickets and hospitality is now on sale here for next Saturday’s key Cup clash with Pontypridd.