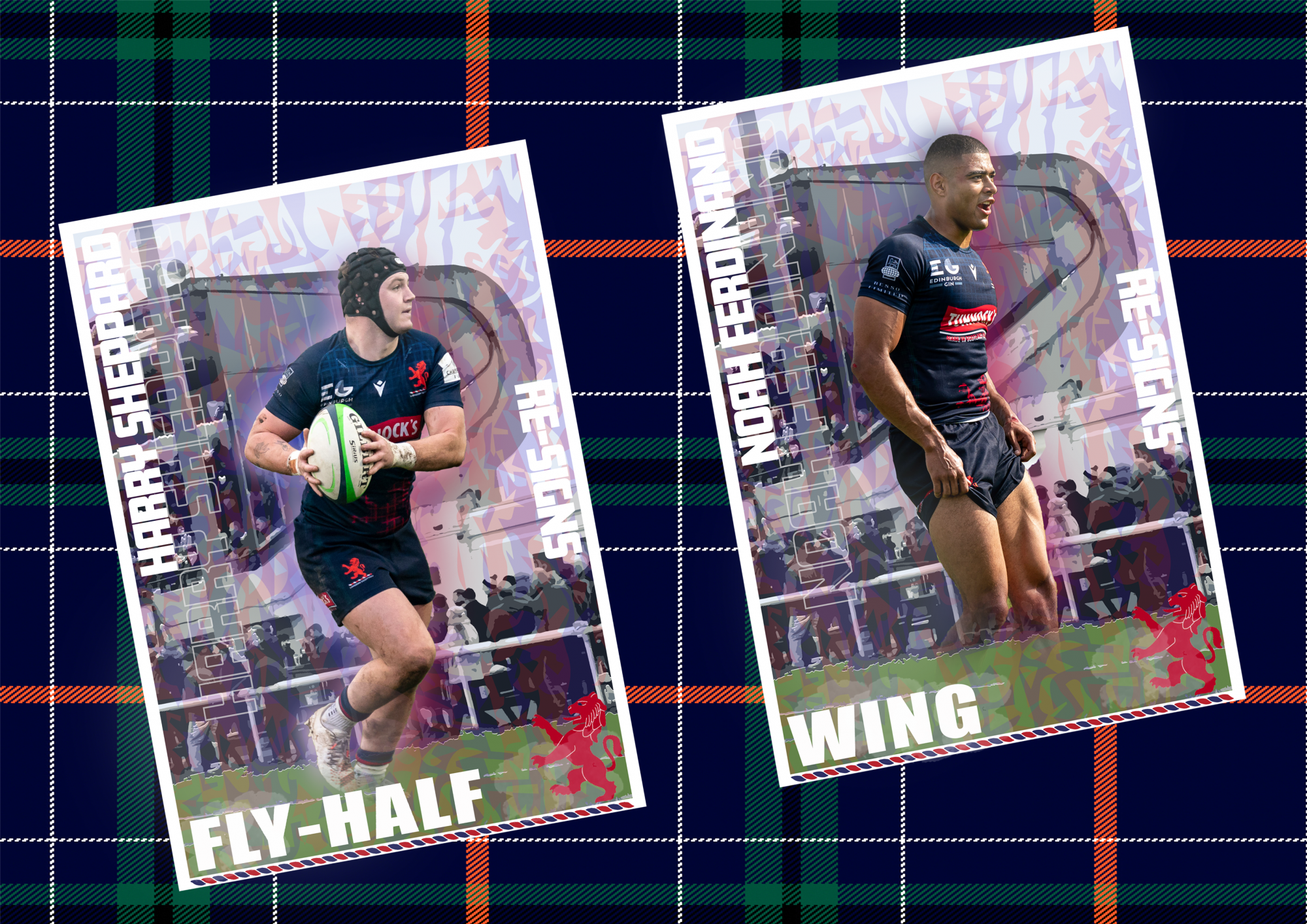 London Scottish are delighted to announce Harry Sheppard and Noah Ferdinand as their first re-signings ahead of the 2022/23 season.

Sheppard, who is predominantly a flyhalf but can also cover inside centre, won his 50th cap for the Club in February and was awarded Supporters’ Player of the Season. He has had two spells at the Club and captained the side towards the end of last year.

When speaking about his re-signing, Sheppard said: “I’m delighted to be able to stay on at Scottish for another year. This Club means an awful lot to me and although results on the field weren’t good enough this season, the conversations I’ve had with Bryan (Redpath) and Joe (Gray) make me very excited for what we can achieve this year.”

The other re-signing comes in the form of electric winger Noah Ferdinand. The 23-year-old was known for crossing the whitewash and was awarded the Try of the Season accolade for his silky team score at home against Nottingham. Ferdinand also got an opportunity to represent Harlequins last month, coming off the bench in their fixture against an Under-23 Armed Forces side, showing the two sides’ new strategic partnership in action.

On his re-signing, Ferdinand said: “It’s great to be re-signing at London Scottish as there are a lot of great things going on at the Club such as the new partnership with Harlequins. I think last season I learnt a lot but also really progressed key areas of my game and I’m looking forward to being able to do this again this year alongside Bryan and Joe.”

Director of Rugby, Bryan Redpath said: “I’m really pleased to have Harry and Noah re-sign with the Club for this season. Harry is a strong game manager and from the conversations I’ve had with people, his work away from the field on analysis is as impressive as his play on it. This is the type of attitude we want to promote within the squad this season. Noah is a winger with real X-factor and although he’s still raw, he’s worked hard on certain areas of his game throughout last season which have helped him improve. They’re both extremely exciting players who I can’t wait to work with.”