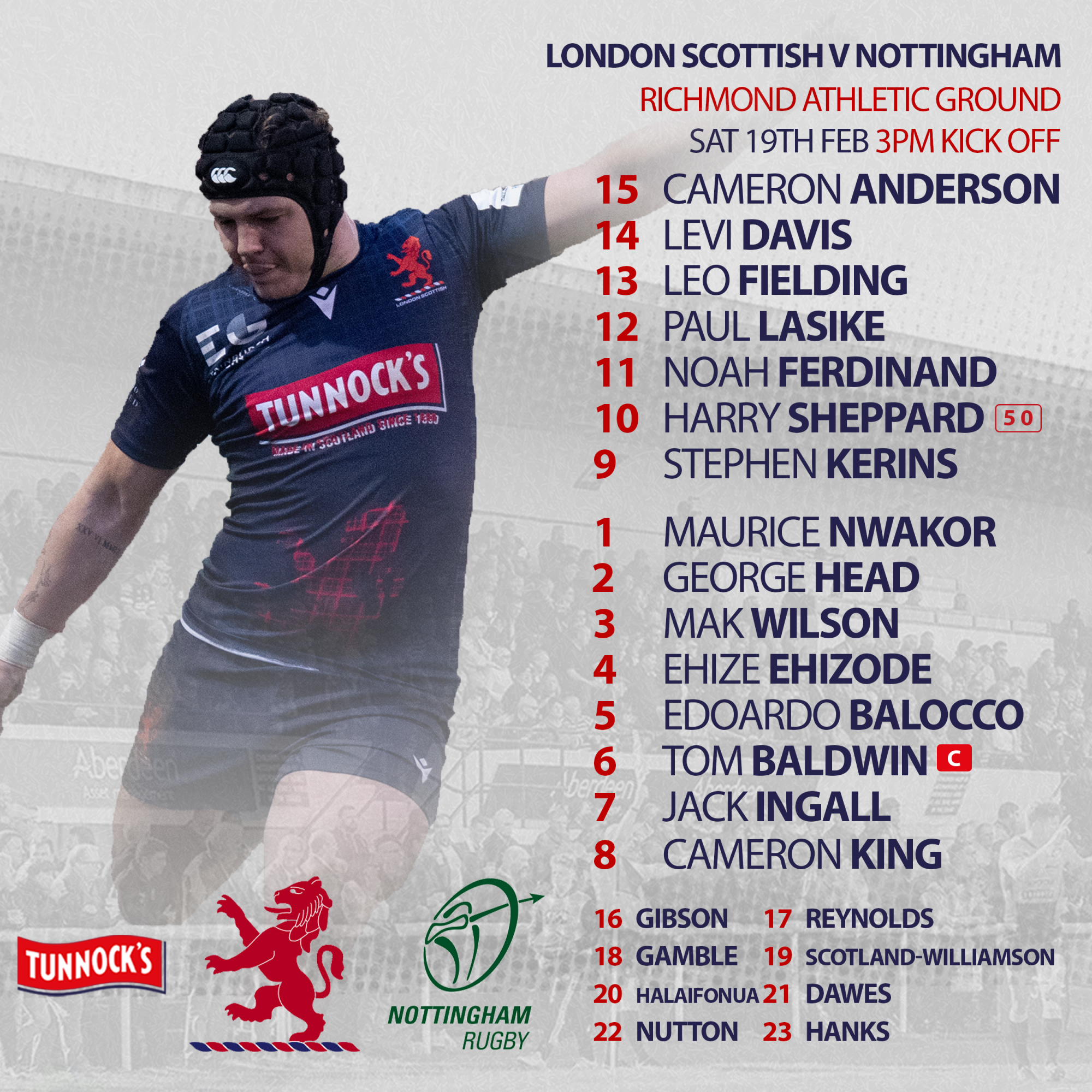 Fly-half Harry Sheppard will make his 50th London Scottish appearance on Saturday as he leads the team out against Nottingham.

In a repeat of November’s 10-try-thriller over at The Bay, Scottish will be looking to convert some of their recent strong performances into a victory as they return to the RAG for the first time in a month.

In the front row, Maurice Nwakor and George Head keep their spots and are joined by Harlequins loanee May Wilson at tighthead who comes in for Dan Gamble. Wilson, much like Gamble who has been rotated to the bench, is an U20s Scotland international and will be looking to thrive on his London Scottish debut.

In the engine room, Ehize Ehizode keeps his place and is joined by Edoardo Balocco. The back row remains the same, with Tom Baldwin captaining from blindside, and Jack Ingall and Cam King at openside and No. 8 respectively.

The half centurion Sheppard is partnered by Stephen Kerins at halfback. Kerins made a real impact when he came on at Cornish Pirates last weekend and will start while Dan Nutton, who is rotated to the bench, will inject pace when he comes on.

The rest of the backline remains the same with American international Paul Lasike partnering Leo Fielding in the centres while Noah Ferdinand, Levi Davis and Cameron Anderson form an electric back three.

Among the finishers is another Harlequins loanee, Christian Scotland-Williamson. The big second row has spent time in the NFL with the Pittsburgh Steelers and will be sure to have an impact when he comes on.

Tickets for the game are still available, you can get yours by clicking here.