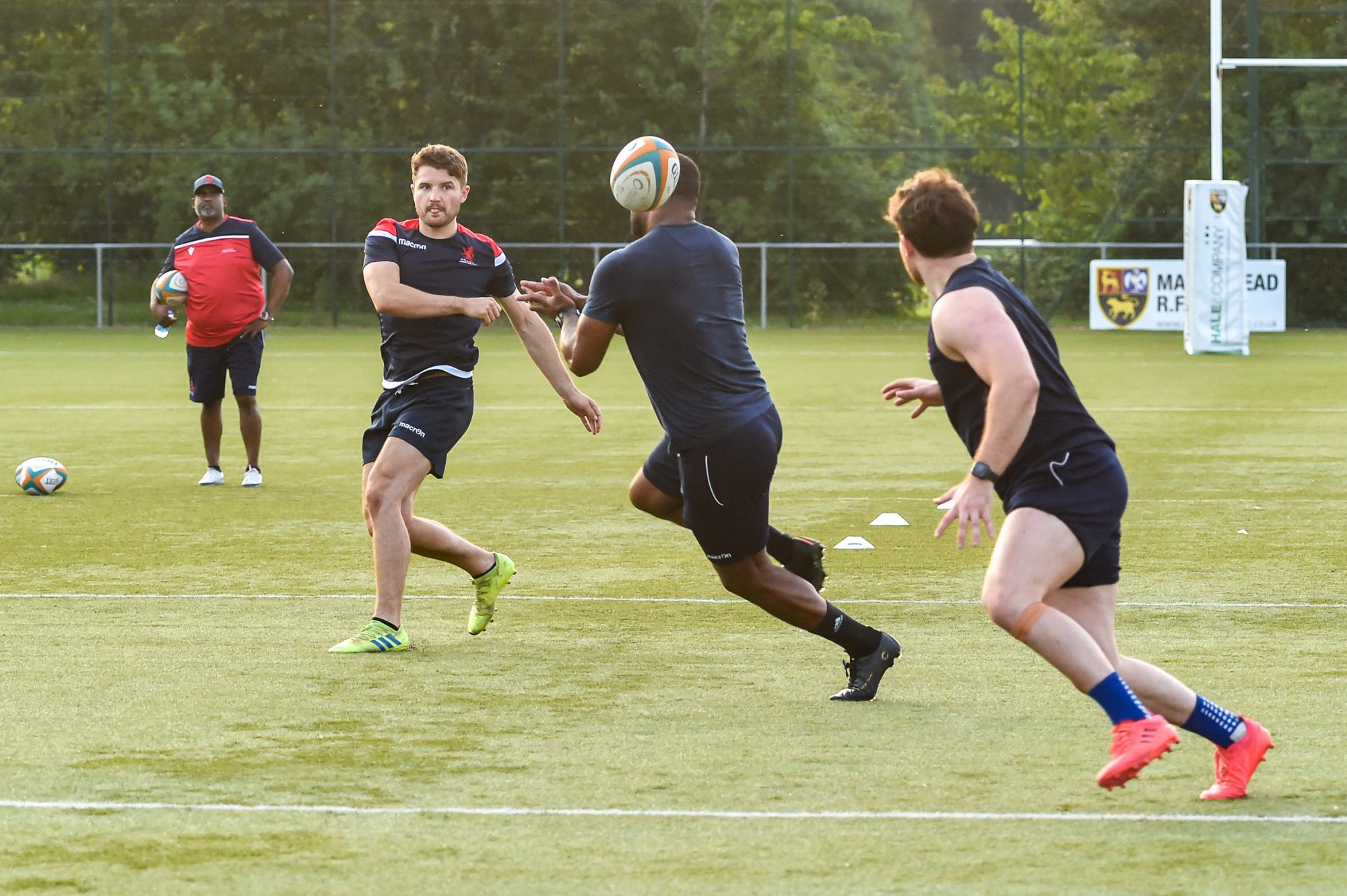 As preseason is now in full swing, Director of Rugby Matt Williams is pleased to announce the next set of players who’ll be wearing the famous London Scottish shirt during the 2021/22 season.

At 9, Club stalwart Ed Hoadley who has been at the club ever since 2016 has re-signed. He is one of few players to have represented all three exile clubs in London having come through the Irish academy as well as playing for London Welsh during their spell in the Premiership. Since arriving at the Athletic Ground Ed has racked up over 50 London Scottish appearances and also has a very successful barber company away from the field which is used by most of his fellow players!

Alongside him at scrum half is Dan Nutton who the Club are incredibly excited to welcome to London Scottish. The former Edinburgh player came through the Scottish system and signed his first pro deal with the capital side in October 2020 after impressing during a handful of appearances at the back end of the 2019/20 campaign. Nutton came through the Scotland age grade system, featuring in both U16 & U20 Scotland squads but also spent time out in Sydney in 2016 where he played for the Eastern Suburbs. After playing down under for a year, he returned to the UK to study at Newcastle University while training with the associate academy at Newcastle Falcons. After graduating with a degree in Countryside Management he returned north of the boarder where he signed at partnership deal with Super 6 side Heriot’s Rugby and Edinburgh before moving to the Pro 14 side permanently at the start of the 2020/21 season.

At flyhalf we have three players who are comfortable in the 10 jersey. Harry Sheppard has re-signed with the Club after returning to London Scottish in 2019. The fly-half who can also play at inside centre, made it into the 1st XV after coming through the Academy in 2016 before moving to Championship rivals Bedford Blues for two seasons in 2017.

Laurence May came to London Scottish ahead of the 2020/21 Championship season from National One side Chinnor. The metronomic goal kicker came through the Exeter Academy and amassed an impressive 599 points in 97 games while duel registered at Cornish Pirates. In 2018, Laurence made the move to the capital to join Championship rivals Ealing, making 26 appearances for the Trailfinders which takes his total Championship appearances to well over 120!

Mark Cooke is a new signing at 10 who is also comfortable slotting in at 12. He joins the Club from National One side Blackheath where he’s played for the last five years. Before joining the London side he had previously played at Jersey Reds, Rotherham and Bristol. He’s appeared for England Students as well playing in the BUCS Super Rugby final while studying at the University of Wales Institute, Cardiff (now known as Cardiff Met).

When asked about the halfbacks signed up for the coming season, Director of Rugby Matt Williams said: “I couldn’t be happier with our options at 9 and 10 for the upcoming Championship campaign. We have a good mix of old and new faces, and when we add in a third duel scrumhalf, we should have the perfect blend of playmakers.

“Hoads and Sheps both know what it means to wear the jersey, but they’re also both great players to have around the squad, not to mention If anyone wants a sharp fade or beard trim make sure you visit Hoads in his new barbers, Paradigm in Teddington!”

“At only 27 years old Laurence May has played over 120 Champ games of rugby. He is a deadly goal kicker and his game management is superb. Having signed ahead of the 2020/21 season, I’m delighted Lozza has remained with us for this year as no one understands Champ rugby more than him!

“And finally the two new boys. Dan Nutton impressed everyone when he arrived at training last month from Edinburgh Rugby and I’m really excited to watch him play. He loves to attack and he’ll be sure to keep opposition defences guessing throughout the season! Mark Cooke has been one of the standout 10’s in National One and comes to us from Blackheath and can play either at 10 or 12. His distribution is outstanding but he’s also a threat with ball in hand.”

To watch all of these boys in action, be sure to buy your memberships here!